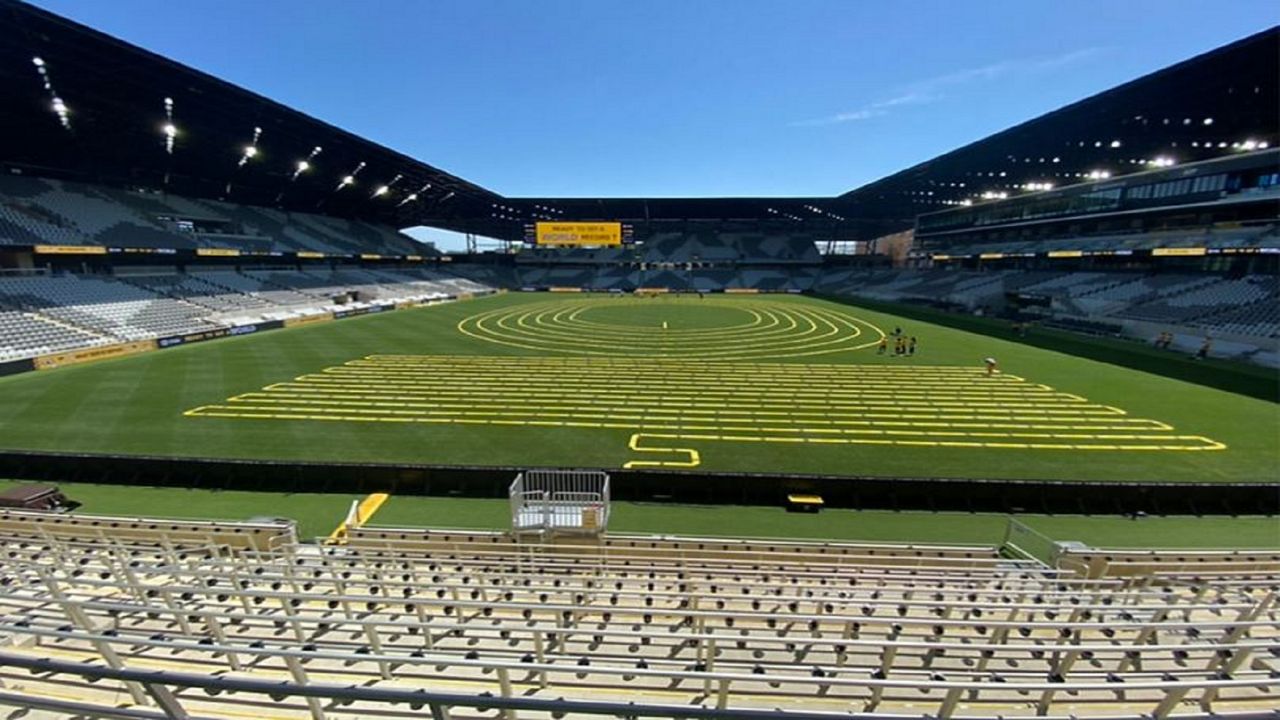 More than 1,000 sports fan scarves were tied together at Lower.com Field to break a world record as a mental health awareness campaign. (Olivia Wile/Spectrum News 1)

COLUMBUS, Ohio — The Columbus Crew played a part in Mental Health Awareness Month as volunteers worked on a special project at Lower.com Field on Wednesday.

Scott McKenzie is a dad of triplets. He said they were at Lower.com Field on Wednesday for an important campaign.

He’s joined other volunteers who helped set up the more than 1,000 sports fan scarves on the field.

It’s all for the “Wrap Them in Support” campaign, an initiative put on by Nationwide Children’s Hospital’s “On Our Sleeves” to bring awareness to mental health.

“We’ve been part of working on today, sort of volunteering and helping out, for many, many months,” said McKenzie. “My kids were thrilled to come out and see it come to fruition.”

To attract even more attention to the campaign, the display broke a world record — “Longest Chain of Sports Fan Scarves.” There was an adjudicator there to verify it.

Together with @nationwidekids and @OnOurSleeves we set a brand new @GWR World Record for the longest chain of sports fan scarfs in support of the Wrap Them in Support Campaign!#Crew96 | @OnOurSleeves pic.twitter.com/WdzLFaYSiu

Clinical director Dr. Ariana Hoet said the goal of “On Our Sleeves” is to provide free mental health resources.

“We wanted to do something that would really grab attention,” said Hoet. “And what more than setting a world record for the longest chain of sports fans’ scarves and really just get people talking about children’s mental health?”

“We saw a rise in sadness, hopeless suicidal thoughts and behaviors,” Hoet said. “The pandemic just added to that.”

Her advice for parents is to have conversations.

“It’s never too early to start talking to children every single day,” she said. “Check in with your child how they’re doing what they’re thinking, ask them how their day is.”