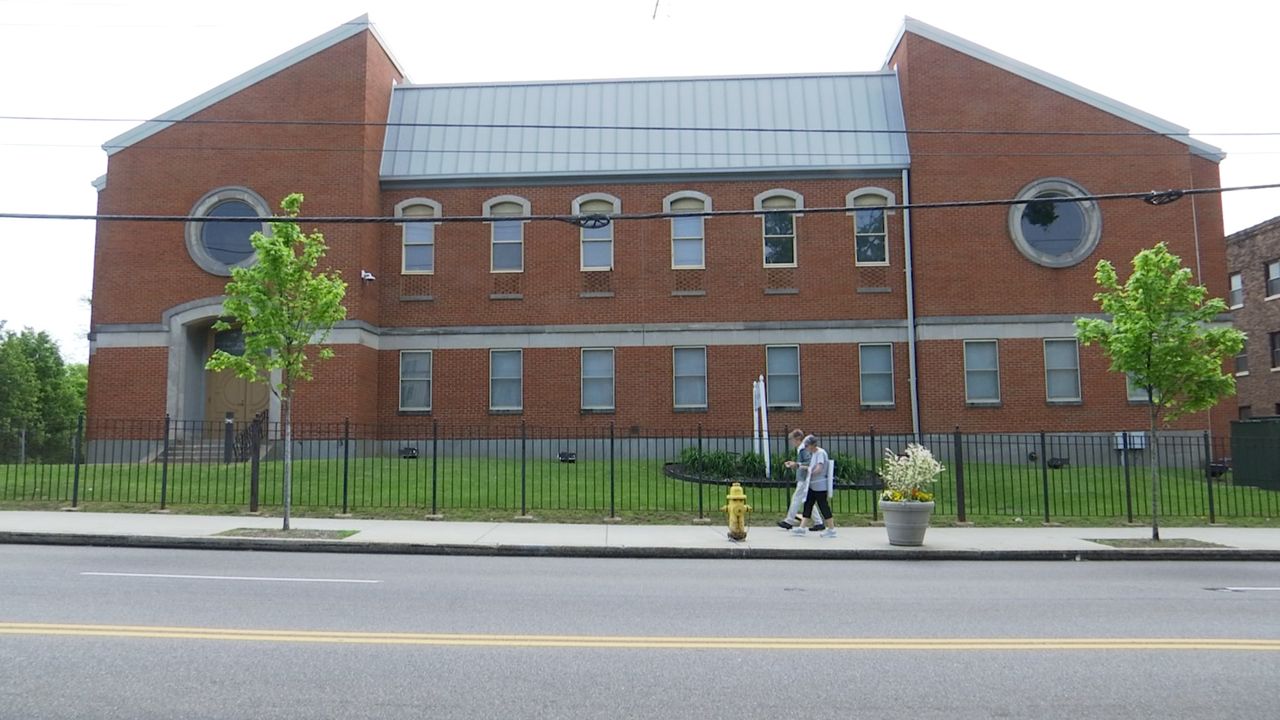 CINCINNATI — On any given day, passersby will find a smattering of protesters scattered across the sidewalk outside of Cincinnati’s Planned Parenthood clinic. On a Wednesday morning in May, they stood a half dozen strong, holding signs and handing out pamphlets to anyone who would stop on their way in or out.


One protester, Jean, said someone will be there every day, providing information and directing visitors to alternative pregnancy clinics, hoping to prevent further abortions in the Cincinnati area and beyond. 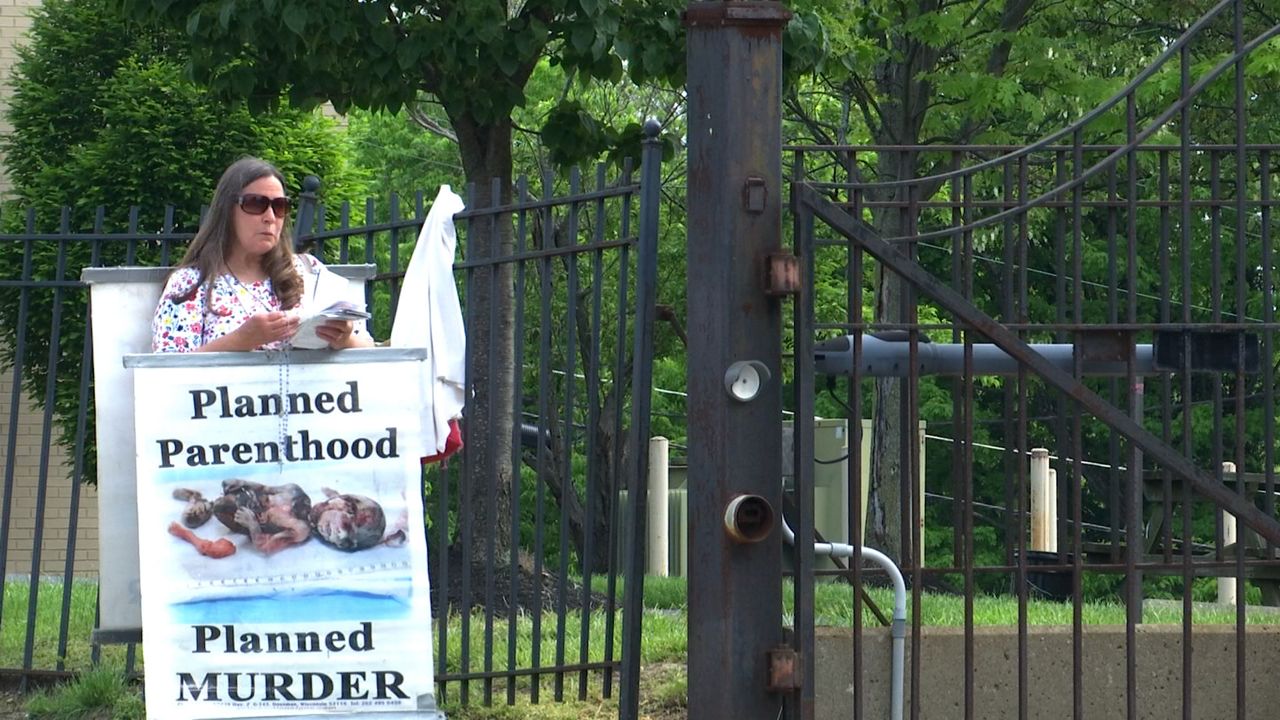 “I believe I have a duty to be here and stand up for the unborn who can’t speak for themselves,” Jean said.

A devout Catholic, Jean firmly believes life begins at conception, which is why she believes Roe v. Wade should never have established case law allowing access to abortion.

“We never needed a Supreme Court ruling to say murder was wrong,” she said. “We all know murder is wrong.”

Jean said she’s spent the past 35 years trying to convince others, claiming to have changed one or two minds during her weekly protests.

“That’s what makes it worth it for me,” she said.

A frequent volunteer inside the clinic, Lindsay Laubenstein, said she knows the protesters well.

“I do not engage with people like that,” she said. “I know I’m not going to change their minds.”

Instead, she focuses her efforts on the people who seek her services. As a doula, Laubenstein is trained to provide non-medical support for anyone going through pregnancy and labor.

“Pregnancies also end in miscarriage, stillbirth, in infant loss, in abortion, in adoption,” she said. “So a lot of full spectrum doulas generally support through all of those types of decisions.” 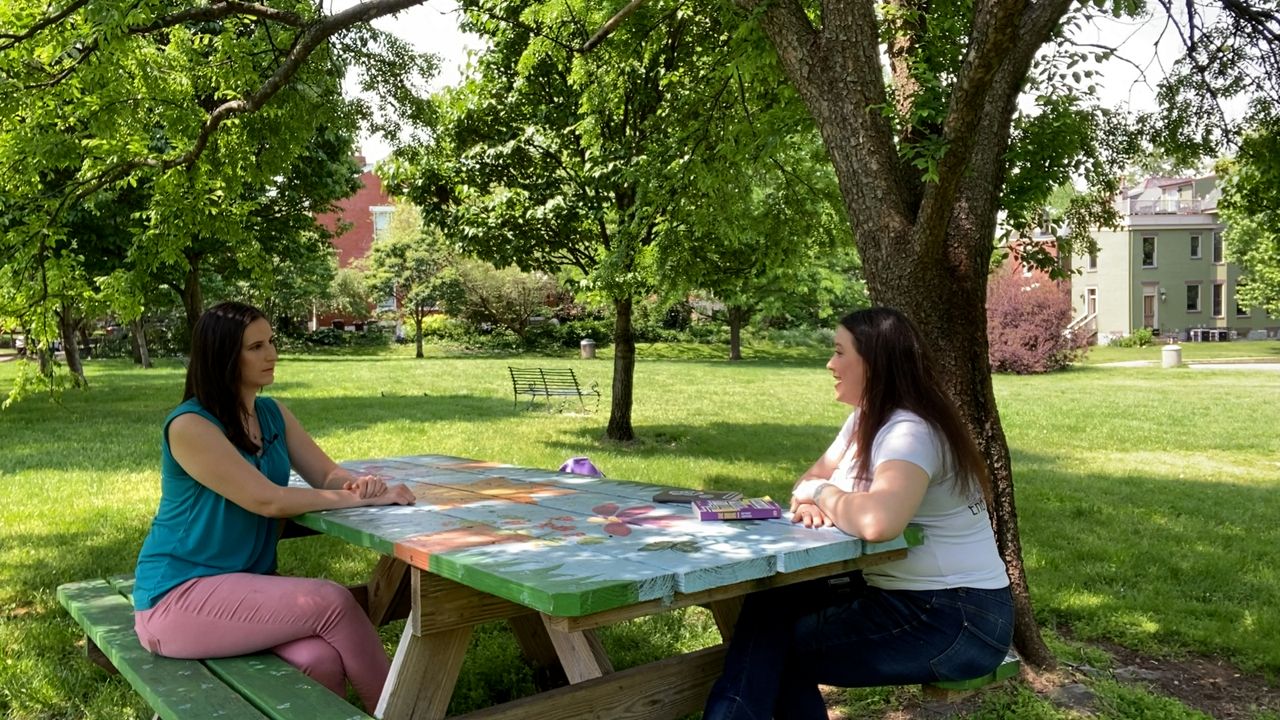 Over the past two years, Laubenstein said she’s helped clients from 15 to 50 years old navigate procedures, even sitting in on hundreds of abortions to offer support when requested.

“It’s not as scary as people think,” she said. “Most treatments last five to seven minutes.”

Laubenstein considers abortion health care, a private and personal decision from her clients, made after careful and sometimes painful consideration.

“I’m not there to judge,” she said. “There are absolutely people who seek termination who are very religious, who are raised in anti-abortion homes and they never ever saw themselves making this decision, and sometimes, I’m one of the only people can confide in.”

When Laubenstein heard about the Supreme Court draft decision leaked earlier this month, she said she wasn’t surprised. Instead, she saw it as a call to action, underlining the importance of her work.

Both of the states she serves, Ohio and Kentucky are primed to reduce or forbid access to abortion altogether should the Supreme Court repeal Roe v. Wade. Laubenstein said she’s focused on helping her clients navigate the laws as they stand, ready to adapt to any potential changes should they arise.

“I can’t really worry about that at the moment,” she said. “All I can do is offer my support to the people who need it right now.”

Laubenstein said she’s prepared to direct clients to funds and services that could help them travel to another state if necessary, and will do whatever she can to keep the options available for the people who need it.

“Even if supporting people through it is criminalized, there will still be people out and around and about doing this work,” she said.

Jean and her fellow protesters, meanwhile, said they’re not giving up either, seeing the repeal of Roe v. Wade as just the first step.

“There’s no reason to kill an unborn baby,” she said.

“Just for that little moment for them to see a sign and to be reminded of how wrong it is,” she said.