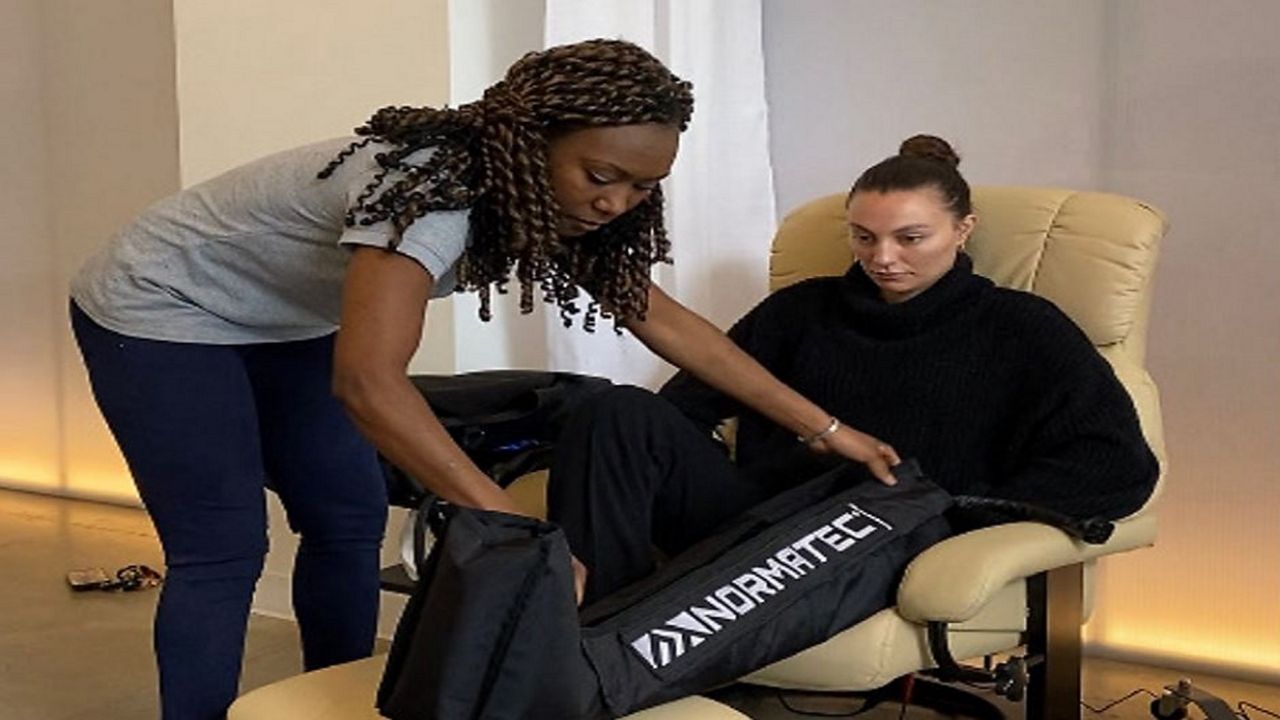 CLEVELAND — Antoinette Bizimana invests in the future of her clients and her family through her business.

“They just get [sic] a compression therapy, which helps with great circulation of blood in the body,” Bizimana said.

“Well, I wanted to open up this business because I do have such strong passion for health and well-being,” Bizimana said.

Bizimana and her husband, Epa, opened the wellness business a few months ago.

“Yeah, the place opened up this year, in February,” Bizimana said.

She said they take turns driving up from Columbus to run it, while two of her kids attend school there.

“With the business here in Cleveland, we didn’t we didn’t want to interrupt too much of their schooling and their stability,” Bizimana said.

She said the separation is difficult, but it’s a choice she and her husband had to make.

“That was one of the responsibilities of parents you have to have, in considering the state of mind of the children, and not cutting them in the middle of the year, because they have to adapt, and finding new teachers, friends,” Bizimana said.

The entrepreneur said she and husband have plans to eventually move the entire family to northeast Ohio, so they can all be together. However, considering the well-being of the family is something Bizimana said her own parents had thought through when they were forced to flee their home because of the war in Rwanda.

“They move[d] away because of the civil war that happened,” Bizimana said. “And then you, you know, just looking for a best place to live and helping us grow in the best way they could do at that time. So it was a challenge, but think I give a lot of thanks to my parents and the courage they had.”

Bizimana said her family went through many separations during that time.

“To the grace of God, we were able to find one another, at some point,” Bizimana said.

Now, years later, it’s a full circle moment for her as she makes plans to unite her own family in Cleveland, because of the business.

“An investment as such, there’s no price for it,” Bizimana said.