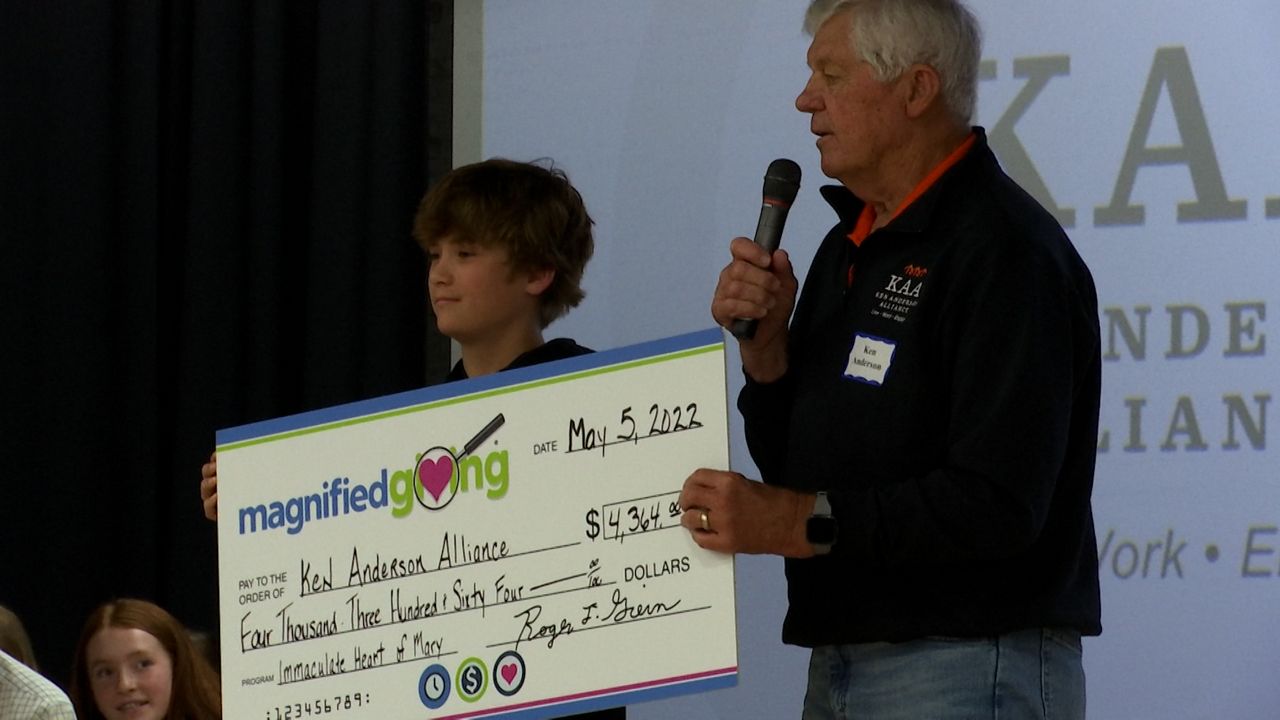 CINCINNATI — A group of eighth-grade students in Ohio set out on a mission — to raise money and change lives.


Students at Cincinnati’s Immaculate Heart of Mary make sure everything is perfect ahead of their special guest.

They making a poster to welcome Bengals legend Ken Anderson, the founder of the Ken Anderson Alliance which helps adults with disabilities, something that spoke to the eighth-grade students. 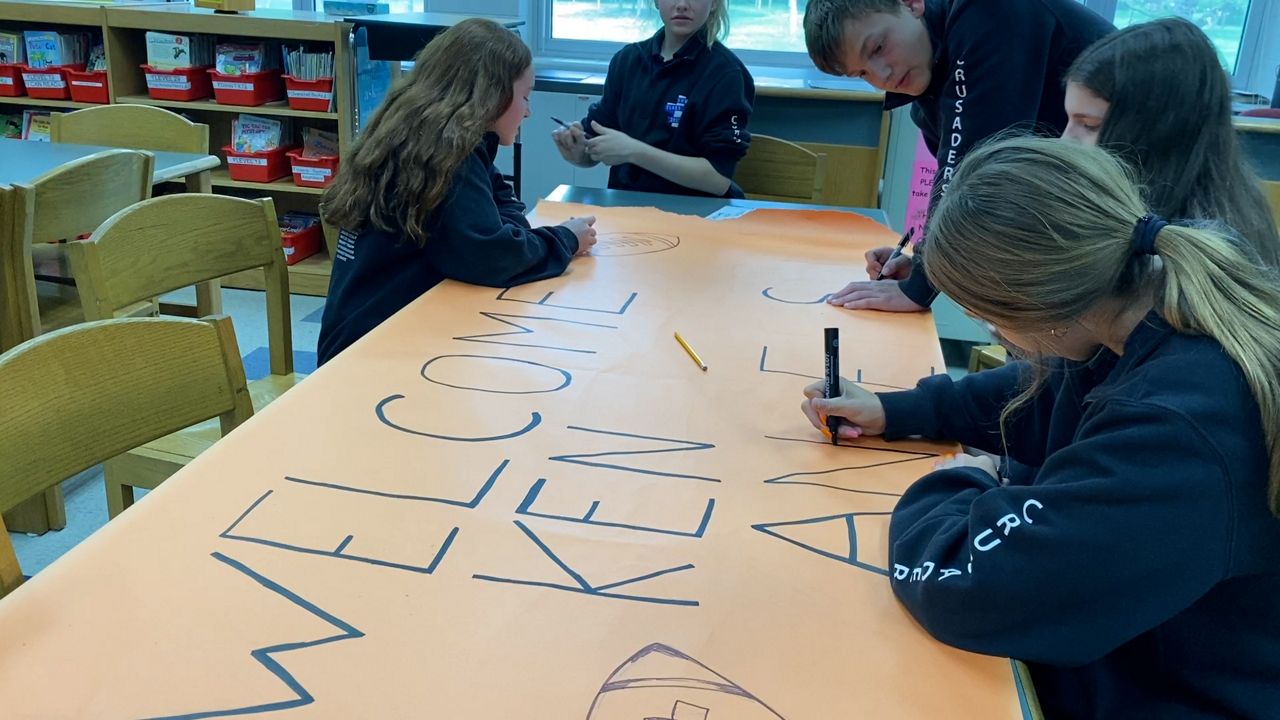 “We really thought that helping adults with disabilities was kind of more underrated not as though about organization,” said Lauren Radtke, an eighth-grade student at IHM said. “We thought that would be really cool to focus on, especially being around the Bengals and it all tied together really nicely.”

Once all the students were on board with what organization they would support in their yearly fundraiser, they had to come up with a way to raise the money. And for them, nothing is worth more than a dress down day.

The eighth graders asked every student in the school to donate $2 for a “dress down day” ahead of the Super Bowl and were shocked by what they could raise.

“We set a goal of $1,400 because of Ken Anderson’s No, 14. We thought that would be a really nice tie-in and so to see it over double, triple, it was crazy,” Radtke said. 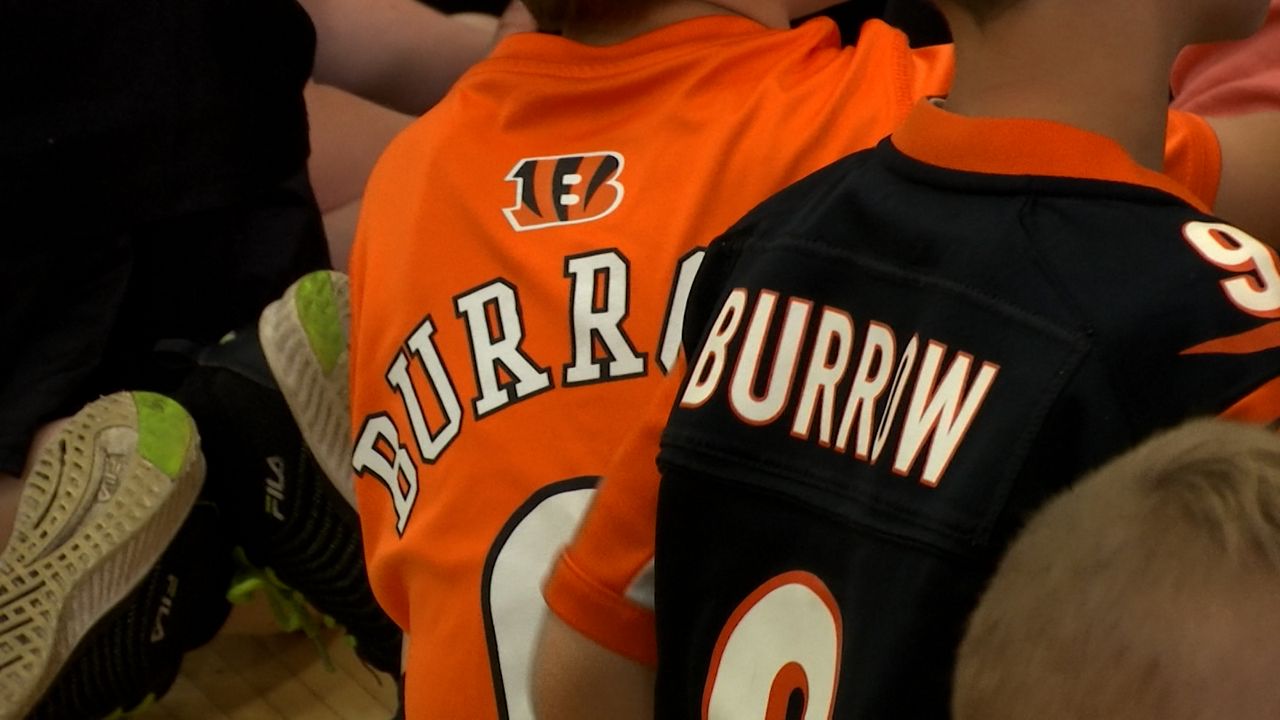 After raising more than $4,300 themselves, Anderson reached out and wanted to visit the school.

The school celebrated his arrival, and he was thankful for its support.

His visit was special for the students.

“To really know that we made a personal impact to him and he’s willing to come in and talk to us, it’ll just show the little kids how they themselves made an impact,” Radtke said.