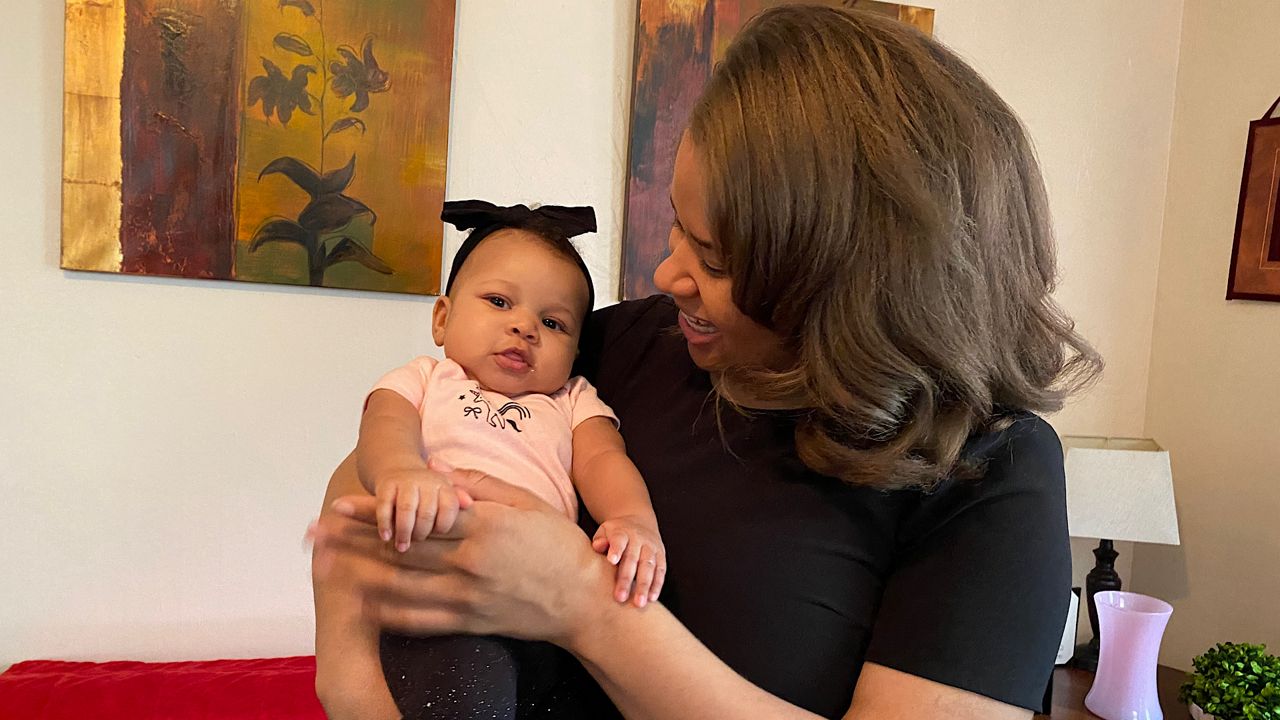 AKRON, Ohio — Patricia Tomlinson said finding out she was pregnant one year ago brought on a mix of emotions.

“Anxiety just a little bit about the unknown of being a parent, but excited because it was my first baby,” she said.

However, she said during her pregnancy, doctor visits often left her feeling confused, scared and traumatized.

She said she saw more than 10 doctors who didn’t take her concerns and questions seriously.

“I definitely think that it has a lot to do with my race, as well as being a single mother at the time, as well as the insurance that I had,” she said.

Because of experiences like this, Angela Neal-Barnett, Ph.D., a psychology professor at Kent State University, started the Spirit of Motherhood Program.

Neal-Barnett and her team said PTSD is three to five times higher among expectant Black mothers than in non-Black pregnant women.

“Untreated PTSD has both mental health and health consequences, including feelings of suicidality, numbness, re-experiencing the trauma,” she said. “All of these types of things... when you’re actually in the midst of one of the most wonderful things that can happen to a family having a baby.”

She said the program helps women and their children through multi-purpose approaches like musical interventions, cognitive-behavioral interventions and more.

“Don’t feel ashamed. It’s okay to go talk to a counselor,” said Tomlinson. “It’s okay to write... journal. It’s okay to feel betrayed or disappointment about the treatment that you do have. You should go get help.”

She said participating has only strengthened the bond she has with her daughter.

“Me and my mom don’t have a good relationship, so her being in my life has given me a chance to give... give to her what I didn’t receive myself,” she said. “So, it’s like a process of restoration. I love having her here. She said she was a good baby.”

She said people interested in the program can contact Keaton Somerville at ksomerv5@kent.edu or Diane Robinson at drobin57@kent.edu, or call or text 330-552-8959.