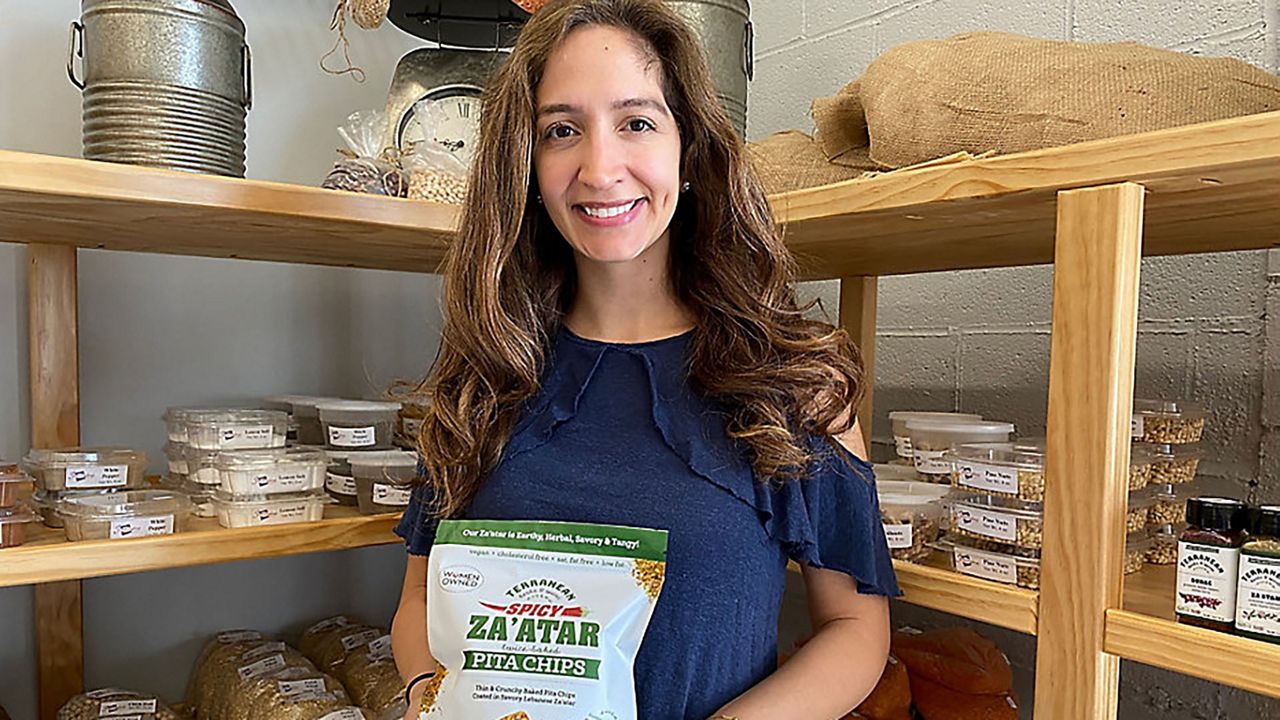 “You take the pita chips, and we toss them with oil and the za’atar,” Chamoun said at Jasmine Distributing, where the product is made.

“Za’atar is actually a herb that's native to the Levantine regions, and it can be cultivated outside those areas, but the true product comes from the Levantine region, and I actually sourced mine from Lebanon," Chamoun said. "So, you take the za’atar itself, and you dry it to make the blend, which goes by the same name."

Chamoun opened her business only a few years ago, but she isn’t a stranger to the food sector. Her husband’s family owns Aladdin’s Eatery, a popular Lebanese-American chain in northeast Ohio.

“We were able to succeed with Aladdin’s here, thanks to the support of people in Cleveland, and I’m doing very well with my za’atar business because people are so interested in other foods,” Chamoun said.

She added creating quality products is important to her, as well as her collaborations.

“Lebanon is having a lot of economic hardships right now, so I wanted to partner with other women in Lebanon,” Chamoun said. “I currently work with a woman co-owned and operated za’atar business to import my za’atar from there. Not only I am working with women here in Cleveland to create the products, but also with the women there who harvest it, try the product, and send it over to me.”

Acknowledging the role women play in her life is one of the ways that Chamoun’s been able to build her brand.

“I learned how to cook from my mom actually," she said. "She teaches me all her Lebanese recipes, as well as a few other really good ones that we enjoy."

Now it’s her turn to pass these recipes down to the next generation of Lebanese-Americans, like her kids. In 2015, Chamoun created an online platform, called Your Lebanon.

“It was important to me to share Middle Eastern recipes in English,” Chamoun said.

She said she felt these recipes were only readily available in Arabic or other native languages, so it’s all work that she’s taking on to create greater access to her culture through food.