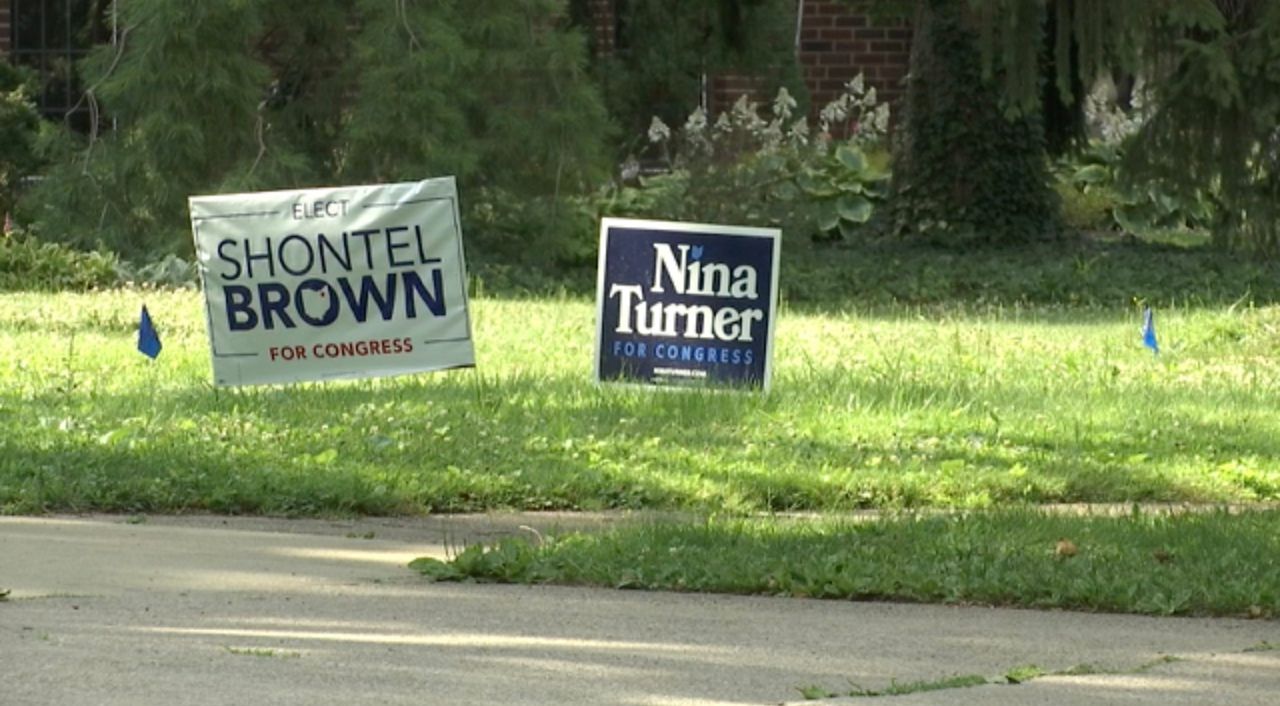 WASHINGTON, D.C. — While Ohio’s U.S. Senate race has been getting a lot of attention before the May 3 primary, there’s an important race for the U.S. House in Cleveland that’s also worth watching.


Rep. Shontel Brown, OH-11, became a member of Congress in November and has already been to the White House several times to support President Joe Biden’s agenda.

“We are actually passing meaningful legislation, historic legislation,” Brown told Spectrum News in a virtual interview last week. “To attempt to discredit that by saying that someone needs to be a fighter, you don’t have to be loud to fight.”

Brown beat Turner in a closely watched special primary race last summer, but Turner challenged her again because she argued Brown isn’t enough of a fighter for progressive causes.

Their face-off in 2021 was watched nationally with Turner considered the more progressive outsider, while Brown was seen as the mainstream candidate embraced by the party’s establishment.

But since Brown took office, she joined the Congressional Progressive Caucus and has won their endorsement. The group had backed Turner in last year’s race.

“I’m a person that works hard to establish good relationships, deliver results, find common ground,” Brown said. “And that’s what I’ve been able to do since becoming a member of Congress.”

When asked why she thought the caucus switched its endorsement, Turner said the group’s leaders would have to be asked.

“What I do know is that I have been on the front lines for these issues,” she said. “I didn’t just show up one day and say, you know, sign me up. Or just happened to vote the right way on a bill. I have a record.”

Turner and Brown have been active in Cleveland politics for years and both are respected locally. Their rivalry isn’t really based on policy differences, but on their approach to campaigning and legislating.

In the final days of the race, several Super PACs are running television ads backing Brown.

“Shontel Brown has only been in Congress for five months, but she’s delivered,” one produced by the Democratic Majority for Israel PAC says.

Oil and cryptocurrency billionaires are the ones who mostly fund the groups.

While candidates can’t coordinate directly with Super PACs, Turner has criticized Brown for embracing their support.

“Are you comfortable knowing that they’re putting ads out there supporting your campaign, even if you’re not coordinating with them?” Spectrum News asked Brown.

“Well, I don’t know that comfortable is the word. Listen, I am focused on my race and what I’m able to do and what I have control over.” Brown said.

Brown accuses Turner of being all talk and no action.

Turner said, this time around, her campaign has focused on making voter contacts — something they’ve done more than 100,000 times so far.

“The number one thing that we’re doing different from the last time is a field-first campaign,” she said.

Ohio’s 11th District is heavily Democratic and has been redrawn to exclude parts of Summit County and include more communities west of Cleveland.

That has introduced a wildcard in the primary — 30% of folks eligible to vote are new to the district.