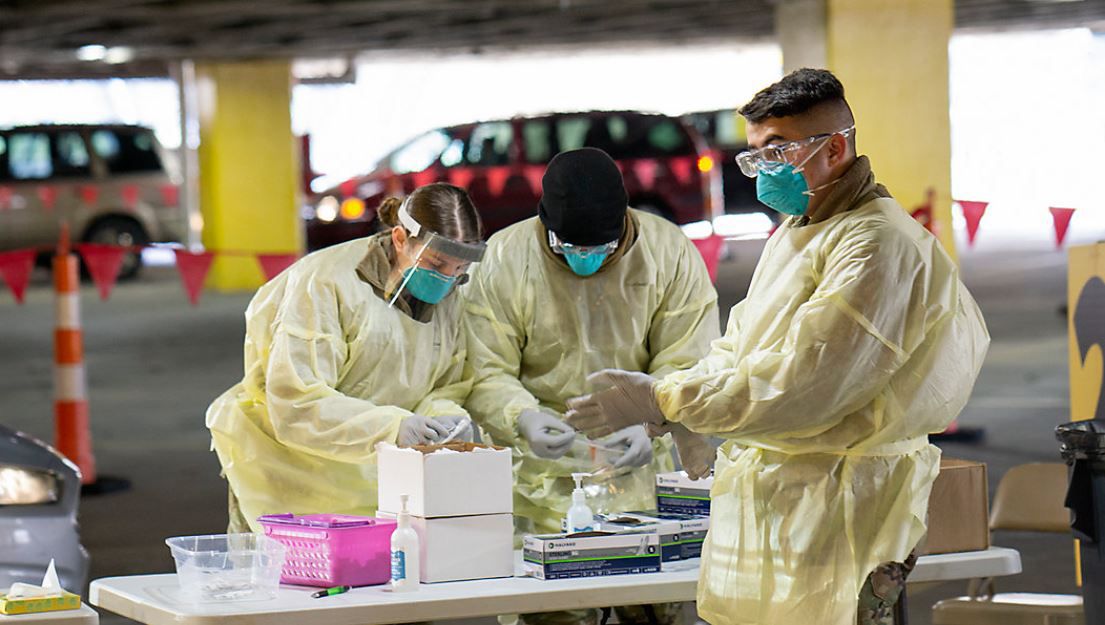 OHIO — Ohio is seeing an increase in COVID-19 numbers, but can and would the state take major public health action if there was another large outbreak?


During Ohio’s omicron surge, Gov. Mike DeWine utilized the Ohio National Guard for mass testing and to help out with hospitals seeing surges. However, DeWine didn’t go as far as issuing statewide mask mandates or any type of lockdown.

The Ohio Department of Health hasn’t returned Spectrum News 1's request for comment about these decisions, but Dr. Amy Edwards, a pediatric infectious disease specialist with University Hospitals, said hospitals and businesses would need to see significant surges for the state to take major action on COVID-19.

“If you start to see hospital systems being effected, if you start to see businesses being effected, like that there’s so many people that are sick that, like businesses aren’t able to run, things like that, that’s where public health specifically plays a role in getting those kinds of massive outbreaks under control,” said Dr. Edwards. “What I would say though is that most likely, moving forward, we’re going to see those signals in a regional way [more] than a statewide way.”

With Senate Bill 22 now law, the Ohio Department of Health’s ability to issue any new health orders is more challenging.

“It makes it very difficult because they can’t rely on that fact that they’ll put an order in place, and it’ll remain in place and people will adhere to it. This adds an element of politics to it. If the legislature thinks it will be more popular to revoke the order, they will have it revoked,” said Sharona Hoffman, a professor of law and bioethics at Case Western Reserve University.

The bill also requires the governor’s office to renew those orders every 60 days, creates a legislative oversight panel and limits the ability of local health departments to make people quarantine without a specific medical diagnosis. Hoffman said some other states have passed similar laws, but those states are in a minority compared to the rest of the country.

Spectrum News 1 did reach out to the two lawmakers who authored the bill. Sen. Terry Johnson and Sen. Rob McColley were not available before the deadline of this story.