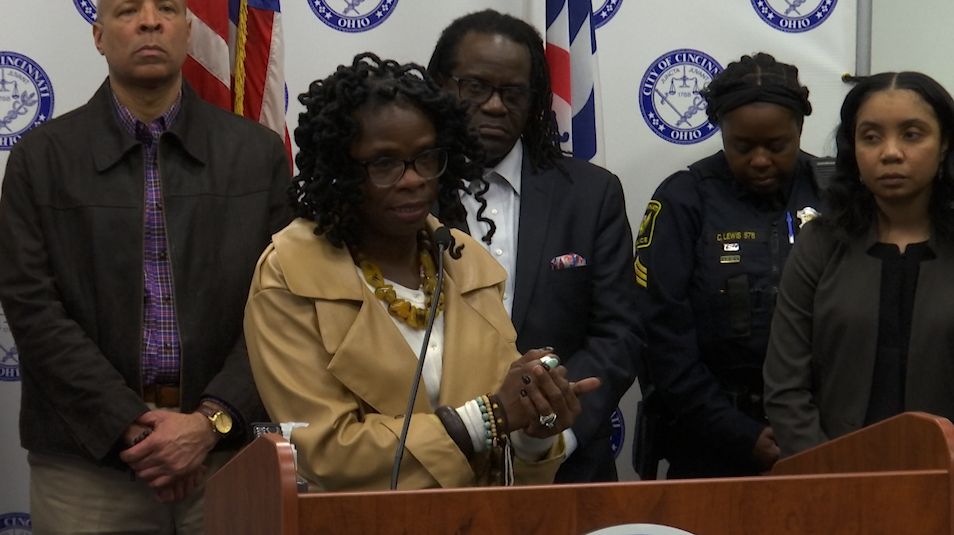 Celebrating the 20th anniversary of the Collaborative Agreement

​​A gathering of more than 60 people, from community leaders to elected officials along with the Cincinnati Police Department, showcased and celebrated the strength of the Collaborative Agreement.

“The collaborative agreement is a first, and other police departments and cities are saying how did you do that in Cincinnati? Come and show us how to do it,” Cincinnati Vice Mayor Jan-Michele Lemon Kearney said.

The C.A. addressed key issues when it was enacted in 2002 — from use of force, to problem-solving and community engagement — setting the standard for communities across the country.

Here is @IrisRoley's opening statement from today's press conference and open house at City Hall. A powerful speaker and leader in Cincinnati working to continue to improve police and community relations. pic.twitter.com/ED34v1fWL7

“It wasn’t just about policing,” Community Activist Iris Roley said. “Our boycott demands spanned the globe; we talked about housing, economic development, education — all of these things that we’re fighting for right now.”

Known for being the backbone of the collaborative agreement, Roley said she’s proud of the 20 years of work to make Cincinnati a better place, but knows there is more work to be done.

“When you talk about the next 20 years, 20 days or 20 weeks, and because policing is constant,” Roley said. “So it takes all of us to stay engaged, all of us understand and know what's working and all of us to ensure that fairness, equity, and transparency is part of the work that police do today. So that will always be our guide.”

“We're lightyears from where we were 20 years ago,” Theetge said. “And if you think about that progress that was accomplished because of the police department, the community, the city of Cincinnati, you take that energy and you continue to invest it for the next 20 years. It's just amazing to think about where we could be. The opportunities are endless.”

Cincinnati Police Lt. Chantia Miller is in charge of youth services. She was just a teenager when the collaborative agreement was being drafted. At the time, she did not like the police but decided to become a part of the change that she wanted to see.

“I'm here because of the youth services programs that were already in place,” Miller said. “But as we move forward, it's about making them more robust so that we can actually continue to have more applicants from diverse backgrounds. We hope to just continue to recruit people from all walks of life from backgrounds of mostly from underrepresented communities to actually come on, do some of our youth programs see what policing is about, and step up and take, you know, take the road and serve as a law enforcement officer.”

Roley said the recent refresh to the Collaborative Agreement provides a solid foundation to keep progressing toward a better future, but the goals are still the same as the day the agreement was signed.

She said as long as she's alive, “I’m gonna be fighting,” Roley said.

To view the Collaborative Agreement, visit this link.