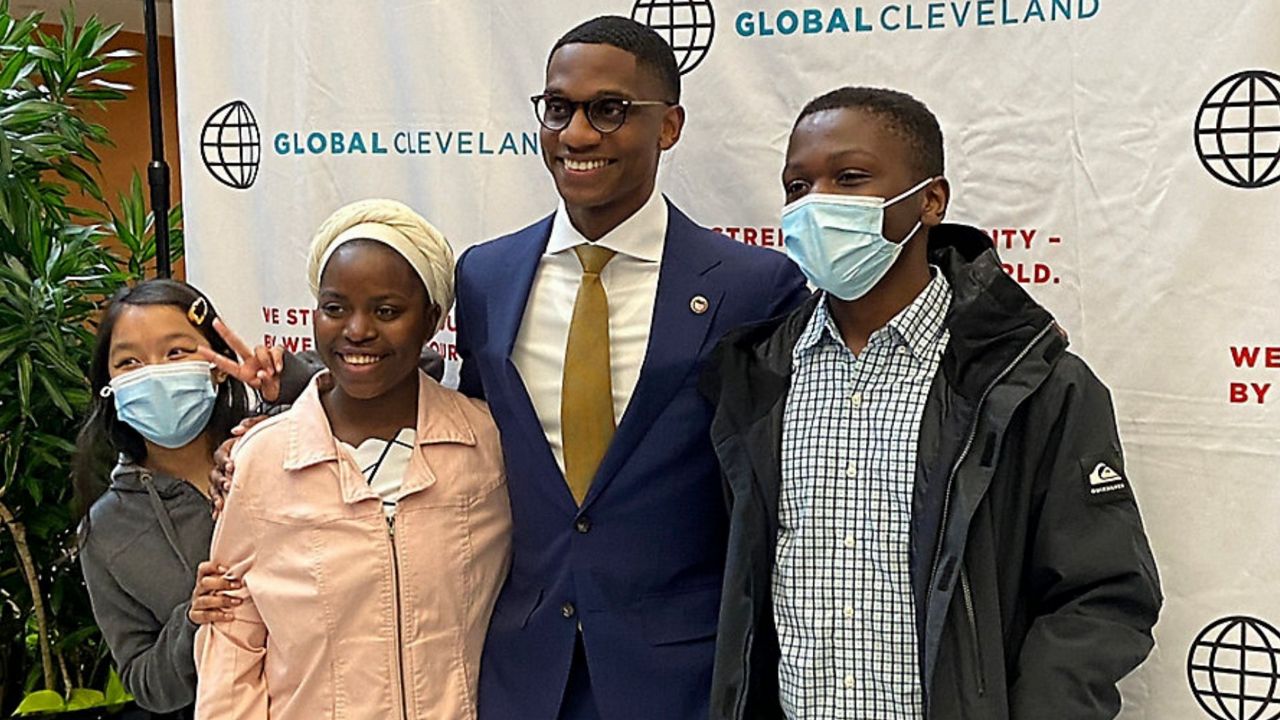 Global Cleveland says it wanted international community members to know they have a voice in the city.

Bibb addressed a crowd of about 100 people in the auditorium of the Cleveland Public Library. Global Cleveland President Joe Cimperman hoped the meet and greet was a way to give the International community a voice in the city.

“There’s a real unity in this room right now. You know, in the world right now, there’s so much war, there’s so much disagreement, and yet in this room you’ve got people from Nigeria, from Slovenia, from Ukraine. You’ve got people from Russia here, people here from Ireland, Scotland, all over the world who are here for one purpose, which is making Cleveland a more welcoming and international place and the mayor sees that and I think that and I think people in this community want to work towards that,” said Cimperman.

Larese Mondock came to Cleveland from the Philippines. She now works for the Cuyahoga County Public Library. While she wants the city to be more welcoming to the international community, she also wants the city to address issues like poverty.

“I really want Cleveland to be better, I think it’s heartbreaking that we’re one of the poorest big cities in the U.S. and I would like to see how we can all come together and make Cleveland a better place for everybody,” she said.

Frank Yang is a native of China and a Case Western Reserve grad. Now an employee of Westfield, he would like to see the city keep more talent.

“People find better jobs in other cities and other states and then they move away. It is such a pity for me to see great talents come here but they don’t end up working here, being part of the city contributing to the economic future of the city,” said Yang.

Cimperman said Global Cleveland has had events like this for the international community for other newly elected leaders, but none have been as big as the one with Bibb.