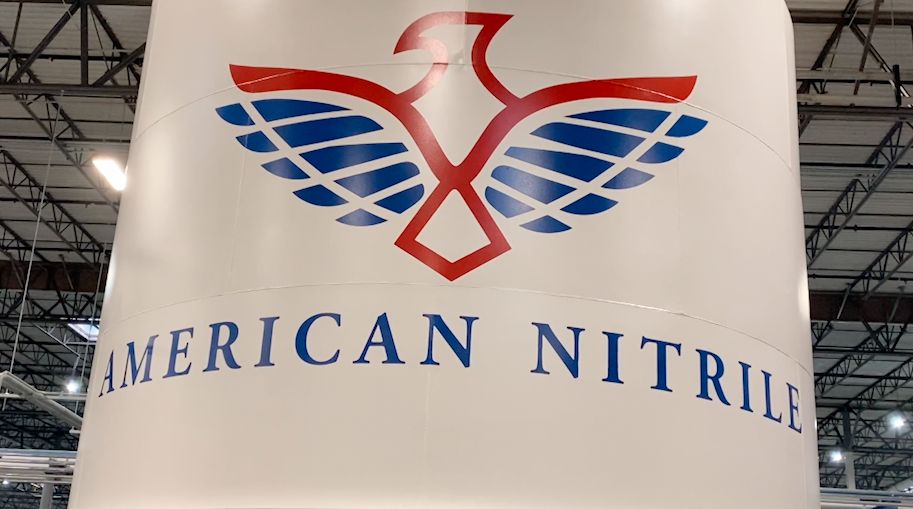 
He's the CEO of startup American Nitrile, a company that produces disposable gloves for health care, as well as the food service industry.

“Got exposed to this industry, so did the supply chain and how broken it was, but nothing we're doing here is predicated on the pandemic or shortages. This is a long-term play,” said Block.

The 29-year-old is well versed in business, growing up as a member of the Block's Bagels family.

He said his late father, Steve, had a profound influence on this newest venture.

“Was really the work ethic and dedication to his employees, and his passion for the product, the bagels, and so you grow up with that and you see what people are willing to do and what it really takes to operate a business. He was most excited for me as a son obviously, but also for the city and for this country for the ability to bring manufacturing back, to give people high-paying jobs,” said Block.

More than 95% of global nitrile glove production takes place overseas, according to the company, but Block said American Nitrile's combination of manufacturing and automation will help keep supply high and cost down.

The company also received a $3.5 million grant from JobsOhio, the first pre-revenue company to do so.

Block said four out of every 10 gloves produced in the country go to hospital settings, with the remainder shipped to the food and beverage industries.

American Nitrile will start its first assembly line in Grove City this July, and they hope to add an additional five lines by the end of the year.