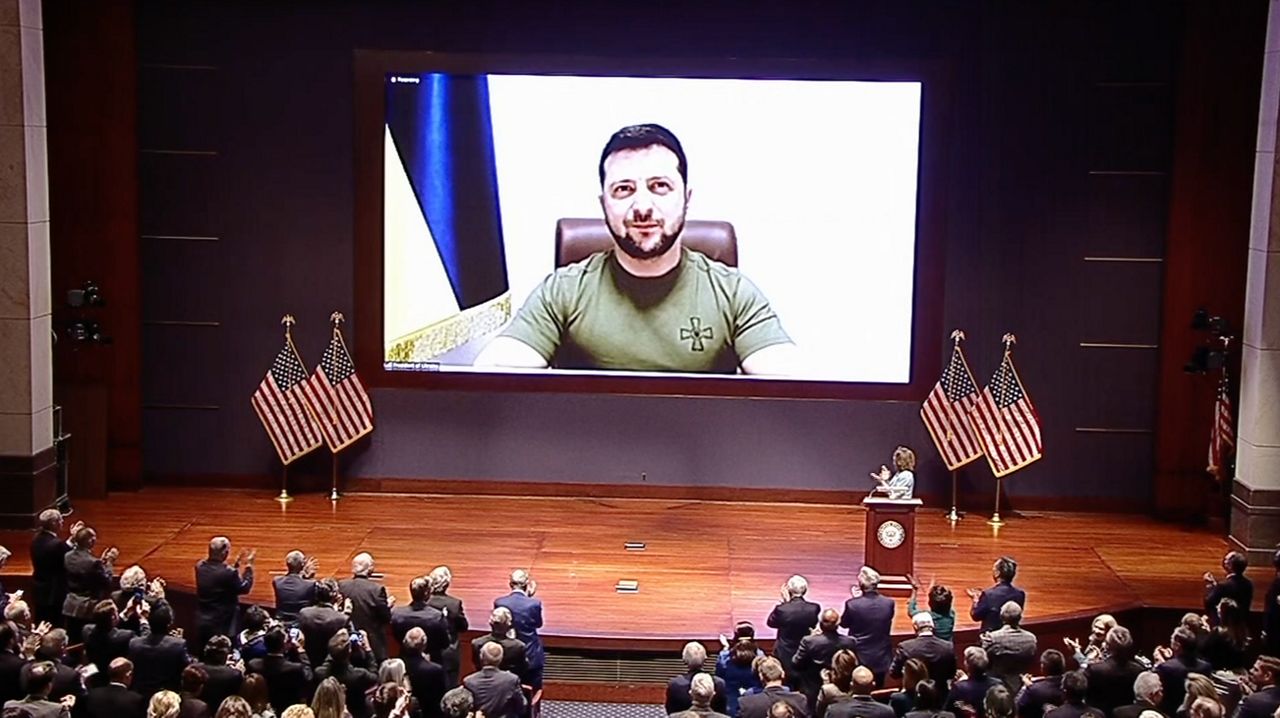 Influential Ohio Republicans call on Biden to do more for Ukraine

“I thought that the remarks by President Zelenskyy were, as usual, powerful and passionate,” Portman said in a press conference after the speech.

“Zelenskyy, through all of this, has shown himself to be an incredibly strong character,” he said.

Portman is co-chair of the Senate Ukraine Caucus and traveled to Poland last weekend to meet with Ukrainian refugees and get briefed by military leaders on where Russia’s war stands.

He said he came away from it demanding the U.S. send Ukraine more anti-aircraft weapons, planes, drones and more.

“I’m not suggesting that we put boots on the ground,” Portman said. “But what I am suggesting is that we do everything we can possibly do, short of that, in order to protect a sovereign country that is a great ally of ours that chose eight years ago to turn to us.”

Turner recently was named the top Republican on the House Intelligence Committee, providing him access to highly classified material about the war.

He agreed with Portman’s requests and criticized Biden for not acting faster, a common refrain from Republicans.

“I think the administration has not only been slow to respond, but they've given mixed messages and miscommunication by saying they're for things that they're not delivering,” Turner told Spectrum News. “If they're for them, let's get this done. We don't have time, people are dying.”

On Wednesday afternoon, Biden announced an additional $800 million in security assistance for Ukraine, bringing the total his administration has sent to $2 billion.

But that aid has not included sending fighter jets to Poland so the Polish military can send its older planes to Ukraine — something Zelenskyy has begged for.

Biden has, so far, declined to do so over concerns it could be seen as an escalation that could drag NATO and the U.S. into war.

Portman said he heard pleas for it while he was in Poland.

“Of the probably two dozen refugee families I talked to, all but a couple said basically the same thing, which is ‘cover the skies. Help us. Help us. Protect us from these bombardments coming from the air,’” Portman said.

Zelenskyy also keeps asking for the U.S. to implement a no-fly zone over Ukraine, though Biden has resisted and Portman and Turner agree it’s too risky.

But Turner knocked Biden’s response to the war as weak and said his administration needs to increase the weapons it’s sending to Ukraine to avoid a scenario where U.S. troops would be needed on the ground.

“If this administration shows strength, there shouldn't be a point at which the United States and Russia is at an actual direct conflict,” Turner said.