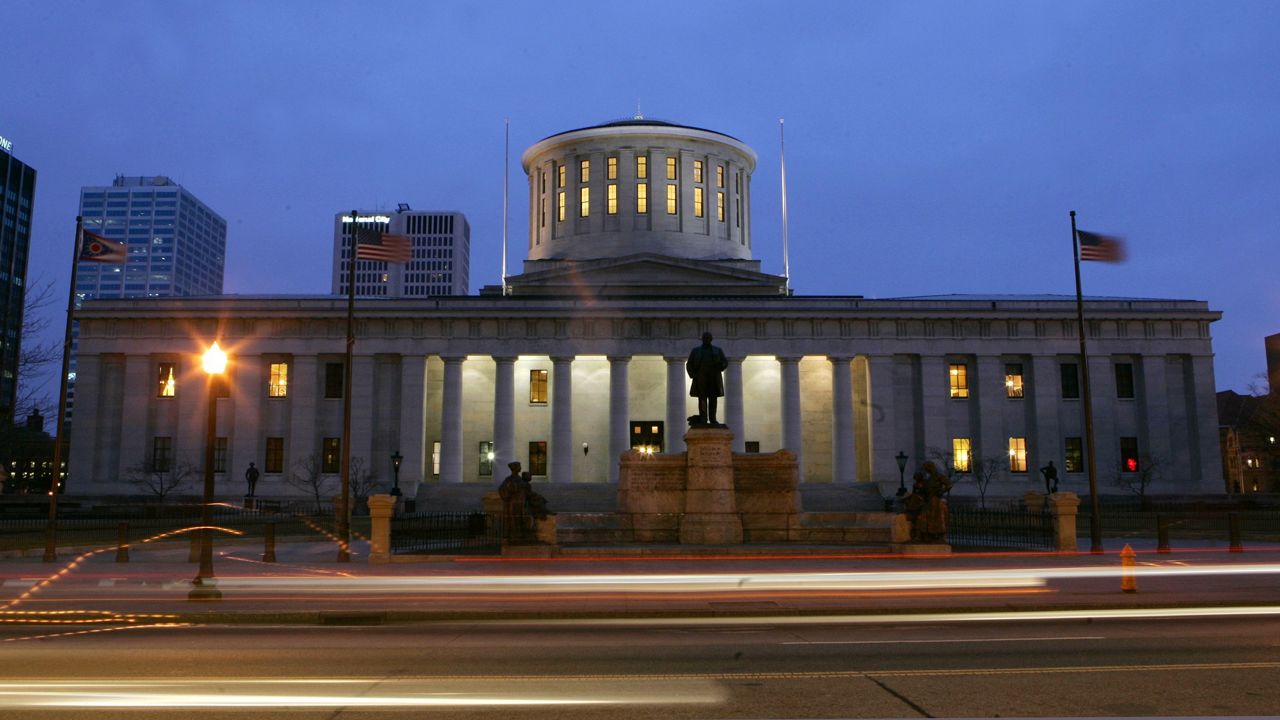 
Kennedy, a Republican running to be the next chief justice, made headlines last Thursday when she talked about Ohio's redistricting debacle, including a plaintiff in one of the pending lawsuits, at a dinner hosted by the Marion County Republican Party.

"I did not discuss a redistricting case," Kennedy told Spectrum News 1 on Monday. Instead, she said she did talk to members about redistricting but not a specific case.

During a discussion, Kennedy called the issue of redistricting "the fight of our life," however she also referenced former U.S. Attorney General Eric Holder by name when saying Holder and other progressive groups are trying to influence the process in Ohio. Kennedy said Holder and other groups "were fighting to put judges on the Ohio Supreme Court that would do what they're doing with redistricting." Holder's group, the National Redistricting Action Fund, is a plaintiff in the legislative and congressional redistricting cases that Kennedy and her fellow justices are still weighing.

Spectrum News 1 Legal Analyst Rory Riley-Topping thinks it is a close call whether what Kennedy did was unethical.

"It gives me pause. But as we've seen recently across the state, there have been a number of instances where judges on the Ohio Supreme Court have either perhaps made comments or brought their impartiality as a justice into question. So I think that her comments specifically are troubling, but I think that this also gets at a bigger issue that we're seeing across the Ohio Supreme Court right now as well," Riley-Topping said.

As far as any potential punishment Kennedy could face, Riley-Topping said that all depends on if someone files a complaint against her with the Ohio State Bar Association or Office of Disciplinary Counsel. But Riley-Topping thinks that is not likely to happen given how other current justices have found themselves in the topic of conversation surrounding redistricting.

Speaking of which, Justice Jennifer Brunner, a Democrat who is running against Kennedy for chief justice, is involving herself in what Kennedy said. Brunner's campaign has called Kennedy to recuse herself from the redistricting cases the court is still considering.

Chris Davey, Brunner's Campaign spokesperson, said what Kennedy said "raises serious questions about whether she can be impartial" and "should recuse herself now."

When asked about whether she would recuse herself, Kennedy said "no comment."

Riley-Topping believes it would be a good idea for Kennedy to step away from the litigation.

The Ohio Republican Party released a statement Monday calling on Brunner "to recuse herself OR explain how she can remain impartial" due to what the ORP calls "direct political and financial relationships with Eric Holder and other plaintiffs in the redistricting cases."

Brunner has made comments about redistricting in the past. However, hers were made when she was running for office and not while she has been sitting on the bench.

But between both cases still before the court, Kennedy and Brunner's comments, Pat DeWine's position being called into question because his father, Gov. Mike DeWine is on the Ohio Redistricting Commission, as well as Republican Chief Justice Maureen O'Connor being lambasted by her own party during this process, the justices have found themselves front and center when typically they are supposed to remain in the background.​