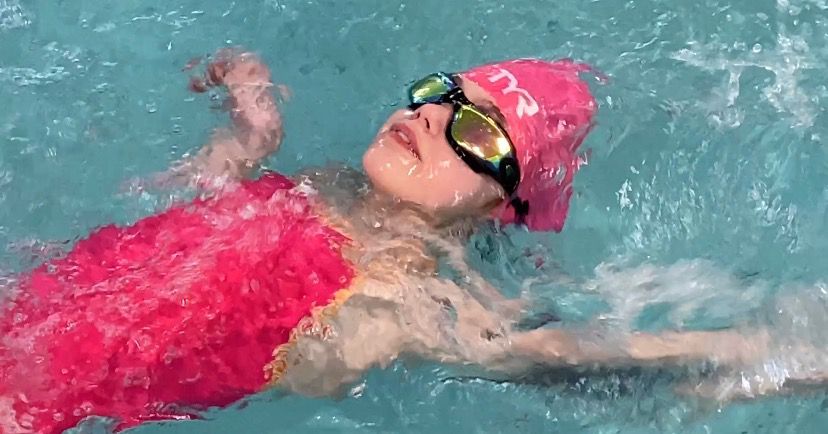 Swimmer with disabilities finds independence in the pool

CLEVELAND — The 2022 Paralympic Games in Beijing finished March 13, and one girl in northeast Ohio might get the honor to swim in the games sometime in the future.

“So I can do my swim lesson,” Maclean said, holding onto her walker.

The sixth-grade student is an athlete on the Razorsharks Swim Team, a team for people with special needs operated through Rec2Connect.

Changing into her swim gear, Maclean asked her mom, Liz, “Can you hold the cap so it doesn’t fall?”

For Maclean, swimming is more than a sport. She said it's also her therapy. When Maclean was 15 months old, she suffered a brain injury.

Liz said her daughter spent nine days in a coma after the injury.

“She cannot walk without a walker," Liz said. "She can’t use her right arm."

The injury could affect the rest of Madde’s life, but Liz said it doesn’t slow her down when she's in the water.

Liz said Madde uses the strength of her left arm to swim.

“That left bicep is huge,” Liz said. “Her core strength is absolutely amazing. So while her legs might not be the strongest ever, she’s able to move that core, and move that arm, and push herself through the water.”

Due to the lack of resistance in the water, the pool gives Madde Maclean the freedom to showcase her abilities. She said she excels in one particular stroke.

Recently, Maclean was able to cut nearly five minutes off of her back stroke time at a swim meet. As she improves her times, Liz said she hopes her daughter can move on to higher-ranked competitions.

“We moved to the Razorsharks about a year-and-a-half ago, where she is now competing in swimming meets, and is hopefully going to attend her second Paralympic competition in May,” Liz said.

Ultimately, Liz said she is thankful that the team provides Maclean with an activity that she can enjoy and thrive in.

“She doesn’t know that she’s different when she’s in the water," she said. "And that’s the biggest thing to me, is that it focuses on her abilities rather than her disabilities."