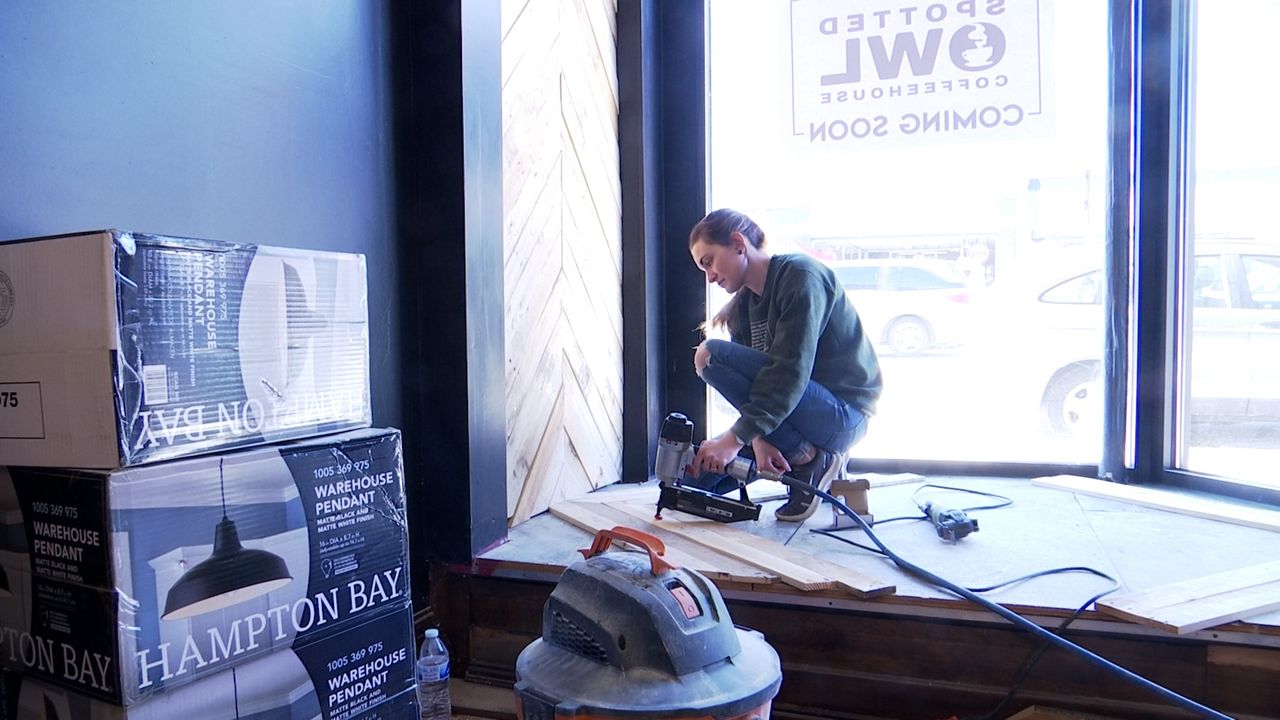 URBANA, Ohio — While its roots are in the open fields outside of Woodstock, Ohio, Downsize Farm will take another big step, building up its footprint in Urbana. Bobbi McKee, the director of business development for the organization, is opening a new shop in Urbana Square.

The Spotted Owl is expected to serve not only the growing downtown corridor but also serve as a new opportunity to expand Downsize Farm’s mission to help adults with developmental disabilities put their skills to work. 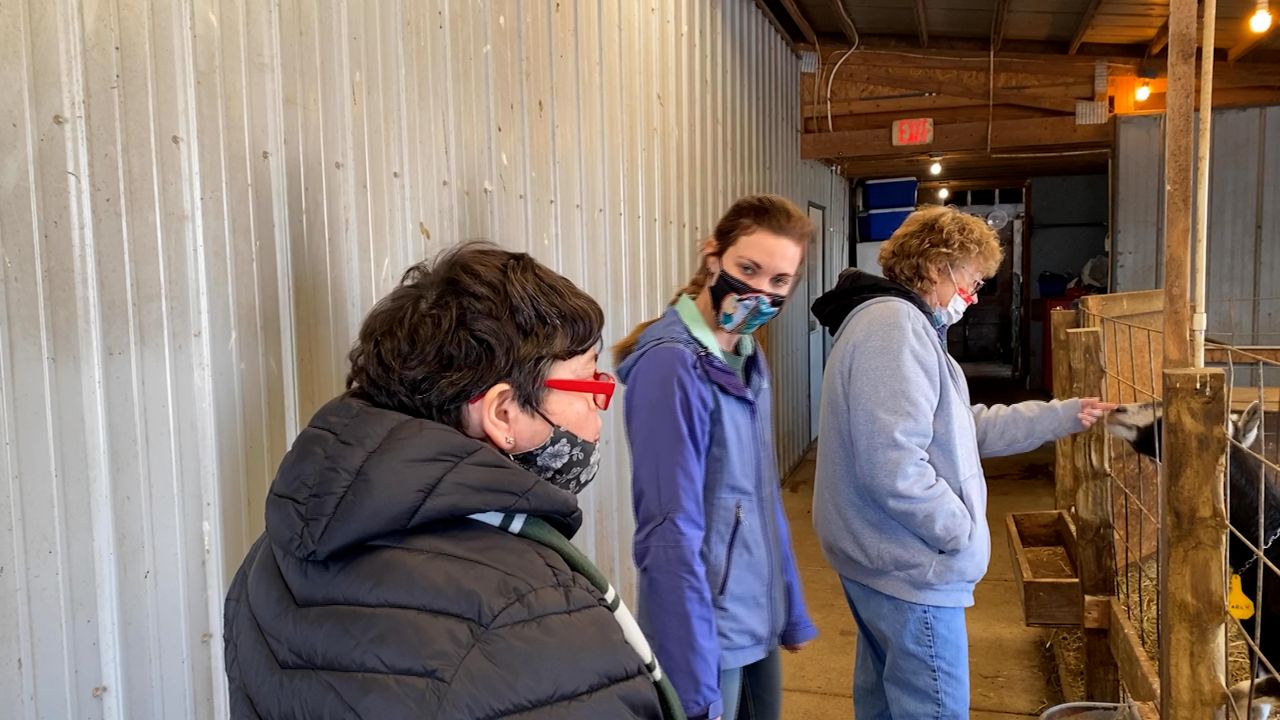 Downsize Farm began in 2007 as a day program for adults with developmental disabilities. McKee’s brothers, Eric and Levi, were born with Down syndrome, so her family wanted to create a place to help them contribute, thrive and meet their potential. They started looking toward their farm as a potential solution.

Soon it grew into a full-scale day center, offering adults with disabilities around Champaign County and beyond the chance to care for and work with small animals like chickens, goats and donkeys.

“It was basically just my parents' vision — they wanted a place you know that was all about learning by doing,” McKee said.

Eventually, the program grew to offer more opportunities to learn marketable skills and get clients on the vocational track through Downsize Jobs. That’s where McKee’s first business came in.

The Spotted Cow Coffeehouse, opened in Urbana in 2014, out of the Downsize Jobs building, offering clients the opportunity to put their skills to the test in a commercial kitchen and service environment. 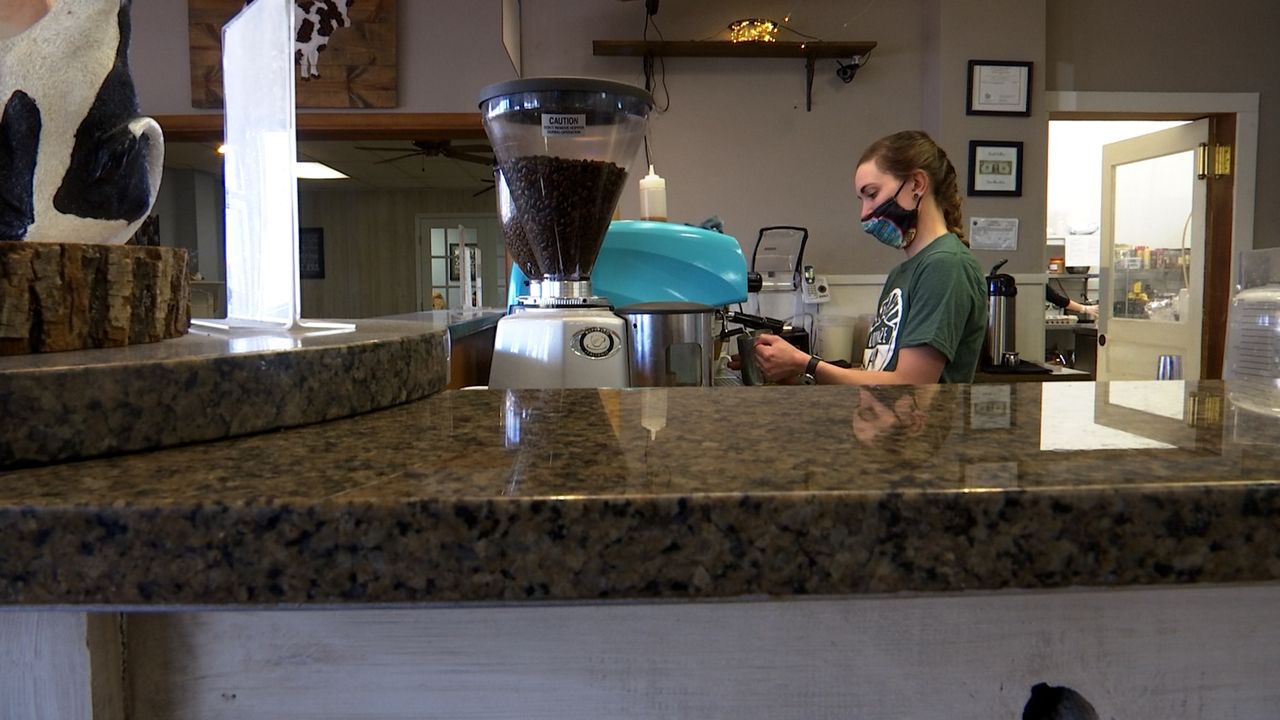 “I thought it would be a really great catalyst for people with disabilities,” McKee said.

Half of the staff at the Spotted Cow are adults with disabilities, while others who thrive in the food service environment are often placed with similar businesses around Urbana. Her brothers got their start at the coffee shop as well.

“We have a way of finding strengths for everybody and not everybody is meant to do everything but everybody can do something,” McKee said.

Across the country, job placement for adults with disabilities lags far behind those who are able-bodied and neurotypical. According to the Bureau of Labor Statistics, the unemployment rate for adults with disabilities is twice as high as the rate for those without. Meanwhile, though nationwide the unemployment rate has returned to pre-pandemic levels, the rate for those with disabilities remains at least 2 percent higher than it was in 2019. That’s why McKee said places like Downsize are so important. Nearly all of the clients she sees are capable of working and contributing in some way to their communities.

She pointed to longtime client, John, as a great example. He’s been working with Downsize for a few years and with their help, he’s been able to navigate his schedule traveling to and from Urbana independently, become a regular at the local library and earn and maintain a job at Burger King.

As for McKee’s newest business, she said coming out of the pandemic, Downsize and the Spotted Cow had just seen an influx of support. It felt like the right time to find a way to keep the momentum going.

“We just kind of wanted to keep that mission rolling,” she said. “I don’t want to grow just for the sake of growing but it has to be with that full mission of making a difference.”

The Spotted Owl will run as a coffee house offering to-go sandwiches during the day, but at night, it will cater to the local nightlife, serving alcohol and opening up as a gathering space for late-night conversation. 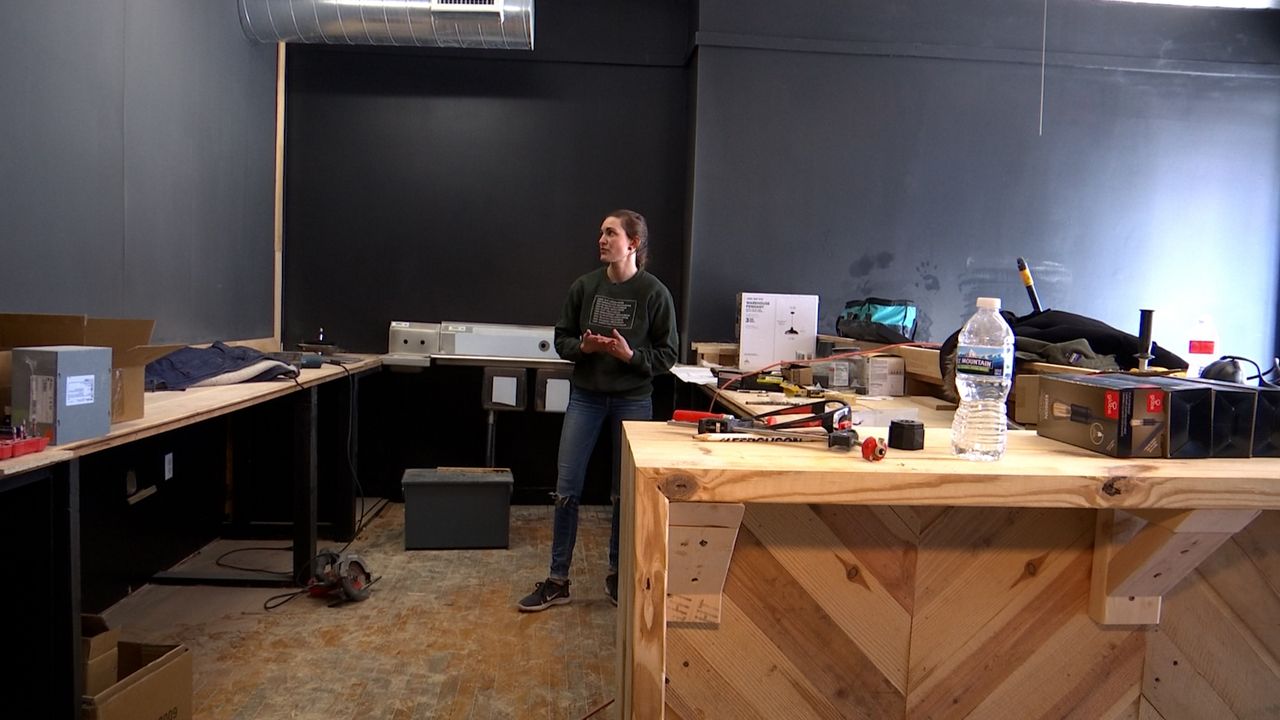 McKee shows off space at the incoming Spotted Owl business

Like its counterpart elsewhere in Urbana, McKee said half of the staff will also be made up of adults with disabilities with additional opportunities for Downsize clients to contribute.

“Downsize is actually going to be boxing up those sandwiches so they can earn an extra paycheck that way,” she said.

McKee said she’s working on getting the electricity and water services installed but she’s expecting the business to open by the end of spring.

Meanwhile, she said she’s proud to see how much Downsize has grown and looks forward to building a new way for her parents’ organization to serve its community.

“Downsize Farm has never been the place where we just sit down and color coloring books and watch TV all day it’s supposed to be somewhere where you’re going and doing something fun and meaningful.”

EDITOR’S NOTE: At the request of Downsize Farm for confidentiality reasons, we have removed the last names of their clients we interviewed for this story. A new video has been added to accompany this report. (March 3, 2022)