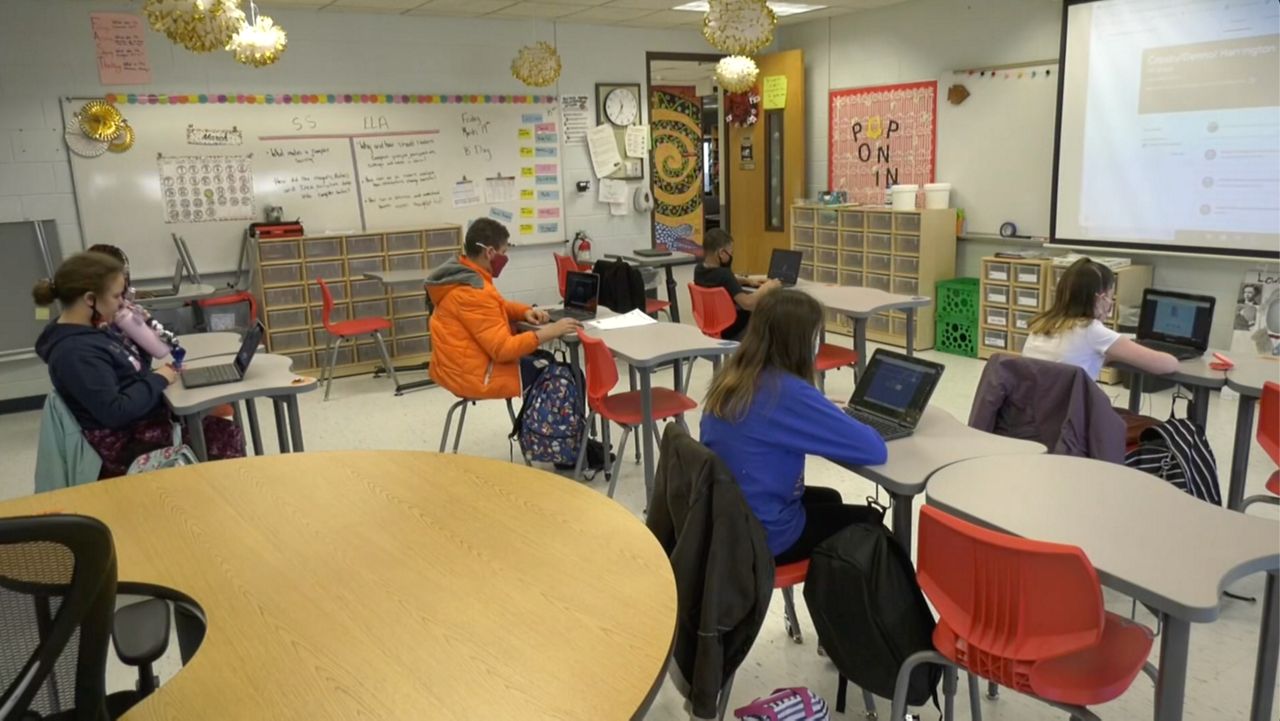 Educators react to the newly-introduced 'Backpack Bill' on student funding

COLUMBUS, Ohio — The debate over educational dollars lives on with Ohio legislators introducing a new bill to expand the state’s current voucher program.

Alluded to by its name, the bill would allow funding to follow students wherever parents chose to send them to school — something Sylvania teacher Dan Greenberg finds concerning.

“When I hear about the Backpack Bill being introduced and moving forward, I’m very nervous about it,” said Greenberg.

He said he is worried because the bill would expand the state’s current voucher system to allow students in grades K-12 to attend private schools with state dollars.

“As public schools, we’re scrapping and trying to be as fiscally responsible with every single dollar we get,” said Greenberg. “To think, there’s going to be this legislation that pops up and takes kids out of public school.”

During its first hearing, John argued that isn’t the goal of her bill.

“Let’s be clear,” she said. “The Backpack Bill is not an anti-public school bill.”

Ohio Education Association president Scott DiMauro questioned where the money for the bill will come from. He feels a universal voucher program would take state dollars away from public schools putting the burden on taxpayers to make up for lost costs.

“You are really benefiting a small number of people at the expense of the 90% of Ohio’s children that attend Ohio’s public schools,” said DiMauro.

“The goal of this bill is to put kids first in our funding model for education — to acknowledge that education is not a one-size-fits-all approach,” McClain said during the hearing.

But Greenberg rebutted, saying that’s exactly what he works to do.

“We absolutely work in all different ways to have programs that appeal to all students, that we differentiate our instruction to meet the needs of all students, no matter where they are at,” said Greenberg.

McClain said it is an “opt-in” program and public schools would remain the primary option for families who choose not to use a voucher.​