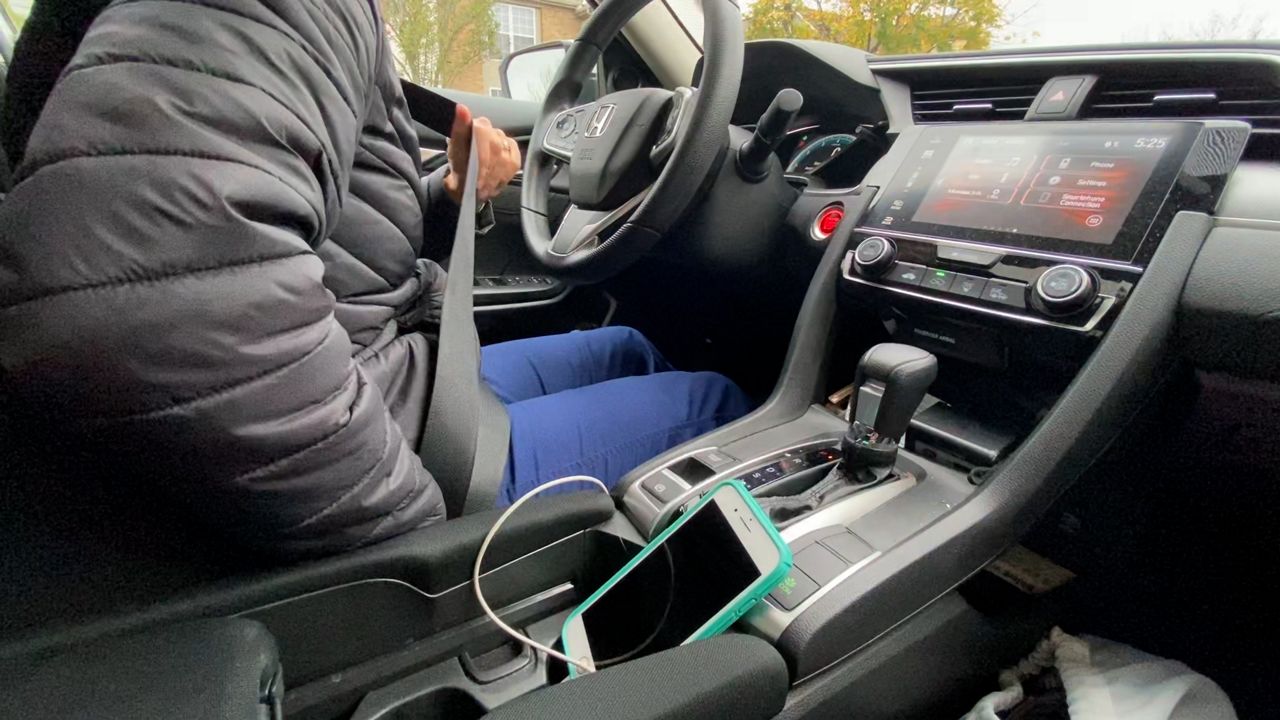 COLUMBUS, Ohio — It’s against the law to text and drive in Ohio, but a new bill would make even holding a cell phone illegal, too.

“We are always going to be in support of legislation that helps us protect the citizens of Ohio,” said Sgt. Brice Nihiser, public information officer for the Ohio State Highway Patrol.

Nihiser said distracted driving is all too common.

“Distracted driving has been something everyone continues to see,” he said. “State troopers see it on a daily basis.”

The Ohio State Highway Patrol is a proponent of House Bill 283, which would make holding an electronic device a primary offense.

The current law only applies to texting while driving, and is a secondary offense for adults, which means officers need a primary reason to pull drivers over.

“If that legislation is in place, it allows us to protect those citizens better,” said Nihiser.

“We ask people to move over and slow down, but that’s difficult to do if you’re not paying attention and don’t even see them,” Schwind said.

One of the main goals of the bill is to reduce deaths related to automobile crashes.

“It’s shown in other states that have passed legislation similar to this that the driving deaths have declined, the fatalities have declined,” said Rep. Cindy Abrams, R-Harrison, one of the sponsors of the bill.  “So I am confident we will absolutely save lives.”

The bill was expected to pass out of the Ohio House Criminal Justice Committee on Tuesday, but committee chair Jeff LaRe, R-Violet Twp., said Republicans want more time to talk about possible amendments to the bill.​