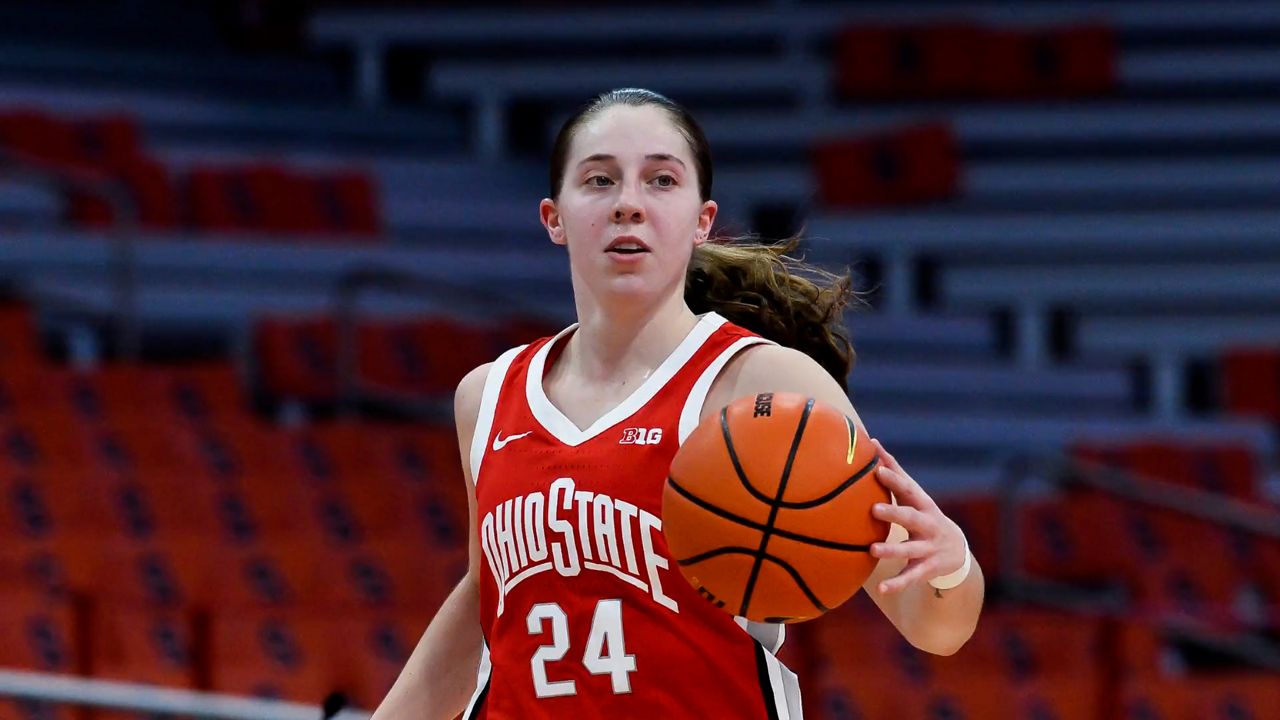 COLUMBUS, Ohio — Ohio State University is creating a new way to help student athletes with their name image and likeness deals, and announced its new NIL Edge team this week.

According to figures released by Ohio State, in the first six months of NIL deals being legal, more than 200 OSU student athletes have engaged in a total 608 reported deals for a combined amount of close to $3 million.

“I think it’s been really good for them in some ways as an employee to a brand to learn and be in a position to hold up their end of the bargain,” said Carey Hoyt, Senior Associate Athletic Director of Sports Administration and Athlete Development.

She said the last six months have been filled with learning and evolving with the new landscape.

“It’s really interesting to see how different brands frame those agreements, and on the flip side, how student athletes understand that and disclose them,” said Hoyt.

That's why she said OSU is launching the NIL Edge team, not to help athletes solicit deals, but to help educate them and be the bridge between them and companies.

Zach Beebe is an NIL agent and the co-owner and founder of Columbus-based NIL Management. His team represents 22 student athletes, helping secure deals all while following the NCAA and Ohio State's NIL rules.

“Our main thing is keeping these men and women compliant,” said Beebe. “That’s a huge part of this, they have to be able to play on the court and field.”

The university’s NIL Edge team will be similar to what his business does, but he thinks the extra help is necessary.

“Look, anything that can truly help the athletes, all the way from the football star, to fencing, to synchronize swimming, I think everyone should be educated and should have an equal opportunity,” said Beebe.

Right now, NIL Management only works with OSU athletes, though Beebe said they’ve been approached by athletes across the country.

“In reality, we cannot serve every athlete. We don't have the bandwidth to do that,” said Beebe.

That’s why he thinks OSU’s new NIL team will help.

“To have OSU lean in and say, ‘You know what, I think NIL can be a great thing if these people are made aware of the pros and cons,’ I think that’s awesome,” he said.

Ohio State University currently ranks number one in the country for most lucrative NIL deals according to Opendorse, a program that helps track deals for colleges and universities.