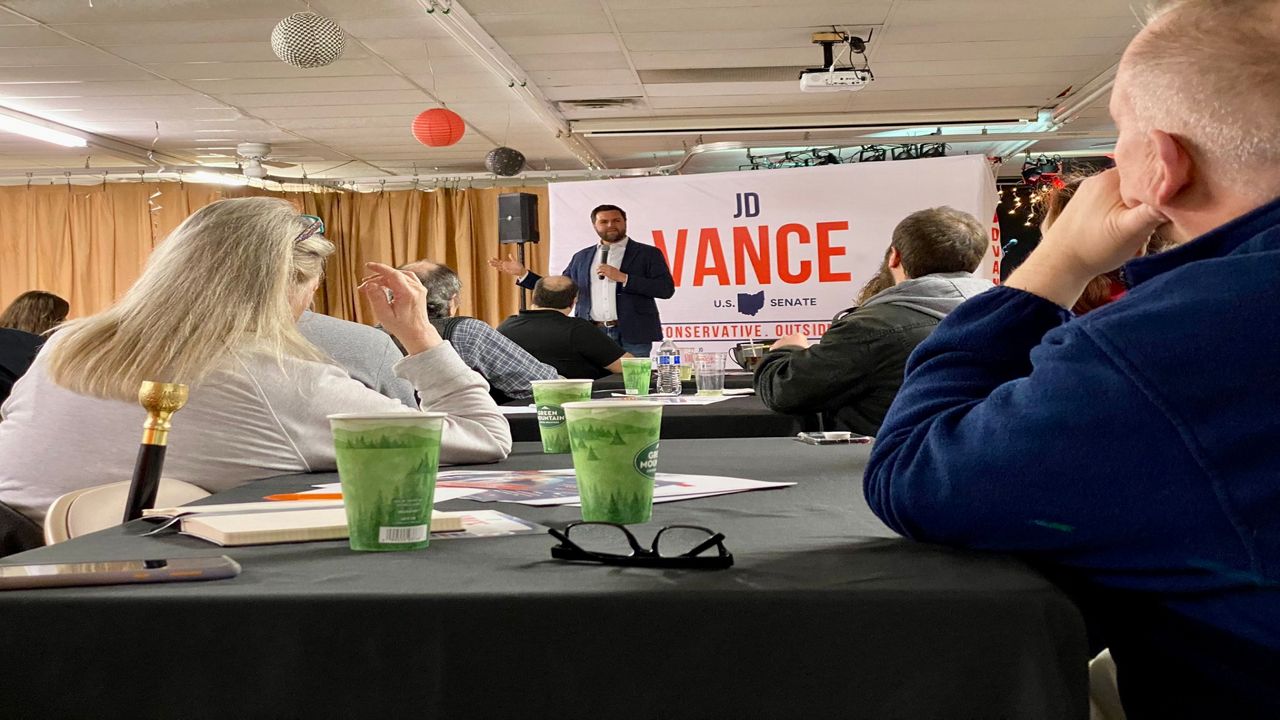 MIDDLETOWN, Ohio — J.D. Vance was back in his hometown last week to speak with voters at a brewery in Middletown. It’s part of what he’s calling his “No B.S. Tour.”


“I’m not a politician. I’ve never done this before in my life,” he told the roughly two dozen people gathered. “But, I guess now that I’m out here asking you to vote for me, that makes me a politician, as weird as that sounds.” 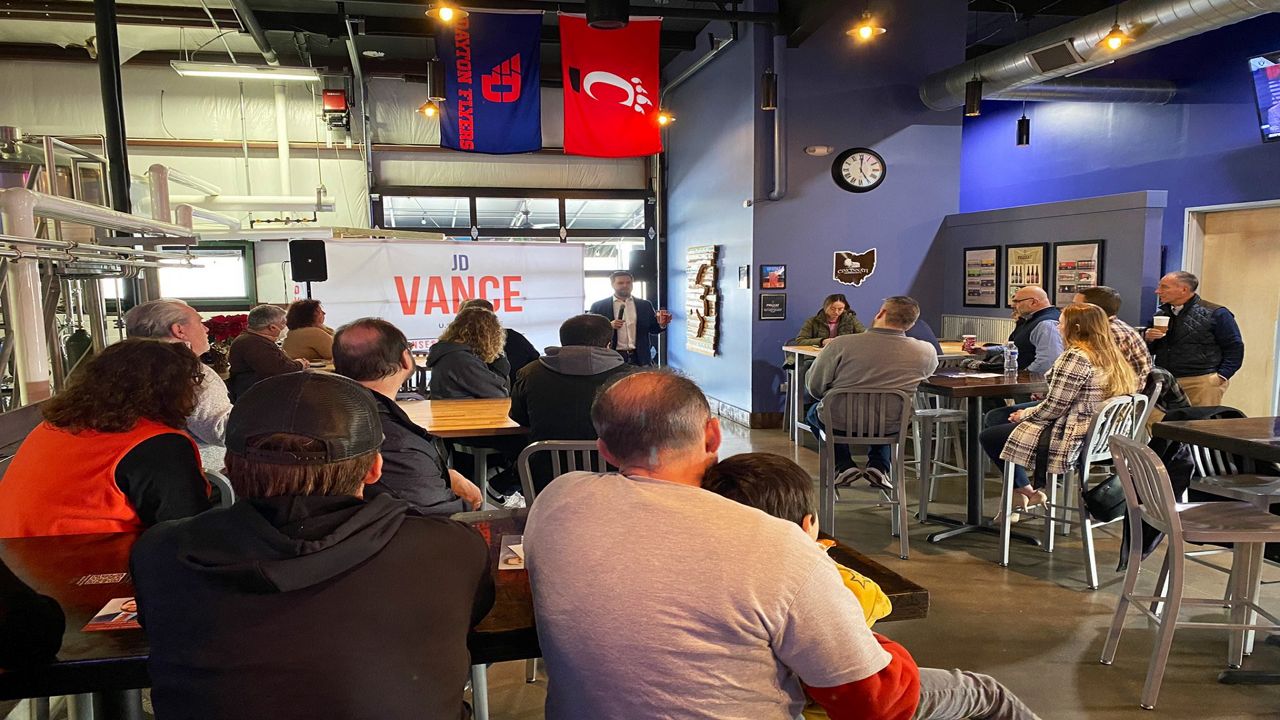 Later that day, Vance delivered a similar stump speech in nearby Lebanon.

"A lot of what this campaign is about — and a lot of my own thinking about politics is about — is that our institutions are corrupt,” he said to the crowd of about 50. “We have to replace the people who run them. Some of those institutions we have to destroy. But we need better people in our government.”

In these town halls, Vance decries inflation, conditions at the southern border and alleged censorship by “big tech.” He also made sure to talk up former President Donald Trump.

“What changed my mind about Donald Trump more than anything is that I saw the corruption in our institutions,” Vance said at his Middletown event, which was attended by several family members and friends. 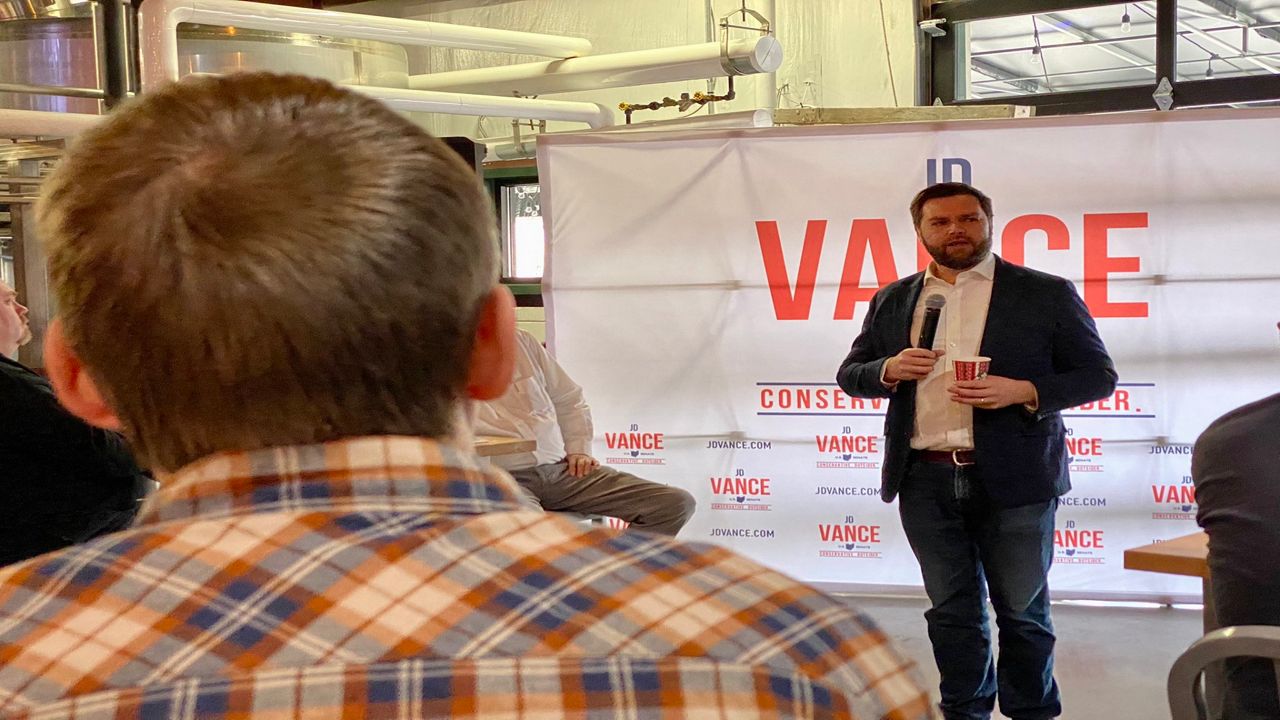 Vance, a Marine veteran who served in Iraq before going on to Yale Law School and entering the venture capital world, gained national fame in 2016 when he published a memoir called “Hillbilly Elegy.”

The book told the story of his broken family, as well as the poverty and politics in places like Middletown.

Back then, Vance strongly opposed Trump’s first run for president.

Now, as one of six major Republican candidates in Ohio’s 2022 U.S. Senate race, Vance is seeking Trump’s endorsement and claims the former president’s time in office made him a convert.

The switch has opened Vance up to criticism by his rivals, four of whom are also eyeing Trump’s support.

“I have a real issue holding people accountable for things they said five, eight, 10 years ago. It just doesn’t seem fair. It’s a different time,” said Scott Meyer, who lives in Warren County and attended Vance’s event in Lebanon.

At the Middletown stop, Michael Irwin offered a similar take.

“I believe the election was stolen too, but why are we talking about the past?” he said. “Let’s talk about the future and how you’re going to help this country.”

As Trump continues to push the baseless claim that the 2020 election was stolen, Vance has embraced it.

Before his town hall in Lebanon, Vance was asked by Spectrum News for a yes-or-no answer on if he felt the election was stolen.

“Yeah, I do,” Vance said. “I mean, look, I think the fundamental problem is we had a massive effort to shift the election by very powerful people in this country. I don’t care whether you say it's rigged, whether you say it's stolen, like I'll say what I'm going to say about it.”

During his events, Vance told voters that Dr. Anthony Fauci should be imprisoned for his handling of the pandemic and that calling last year’s U.S. Capitol attack an insurrection is the “dumbest thing in the world.” 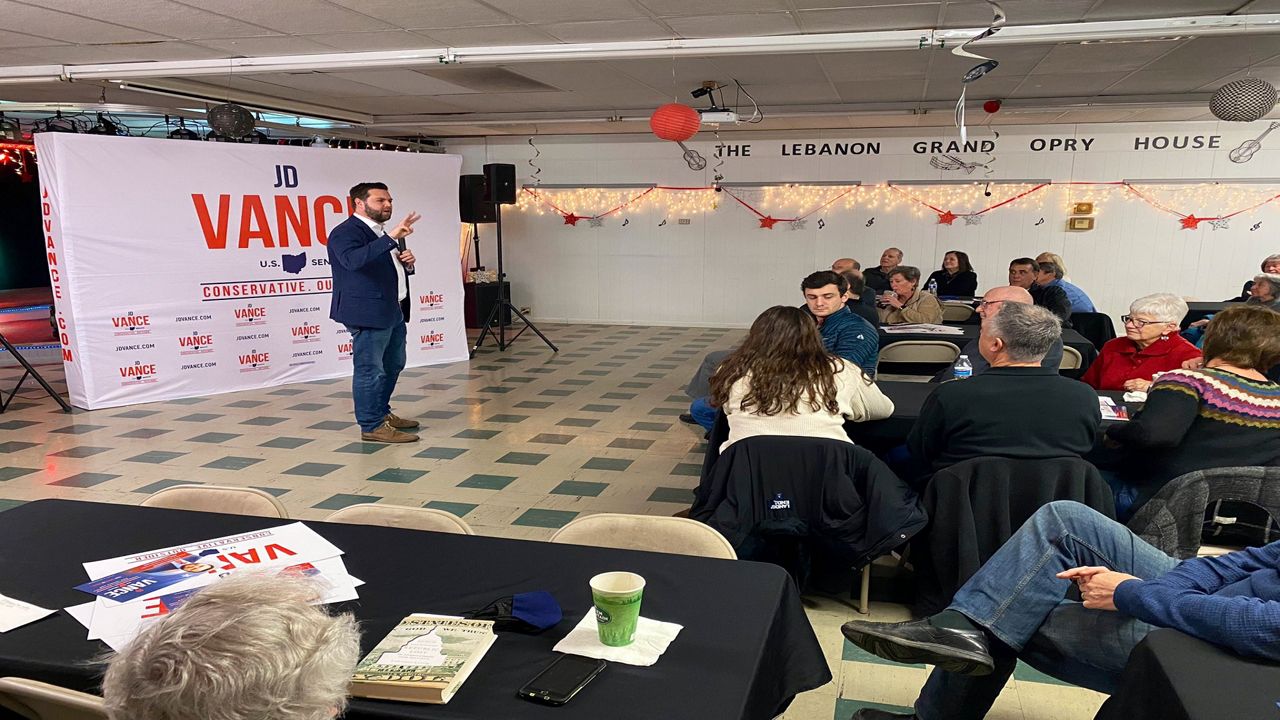 When actor Alec Baldwin fired a gun on a movie set last fall that led to the death of a cinematographer, Vance tagged Twitter’s CEO in a tweet and asked him to “let Trump back on [the platform]. We need Alec Baldwin tweets.”

Asked by Spectrum News whether the tweet was appropriate, Vance defended it.

“Every single person that I knew was joking about what would Donald Trump say if he was on Twitter. Right?” Vance said. “So I think the idea that we can't have somewhat offensive humor sometimes from our politicians is basically just asking us to have fake politicians all the time. That's not what I'm going to be. Maybe it turns some people off, but I think the realness turns more people on.”

That anti-politically correct approach, which echoes Trump’s style, is appreciated by some.

But others are critical of it.

“I think it’s still a little bit too partisan,” said Leo Chan, a Mason resident who saw Vance speak in Middletown. “As a country, I think we need to move forward and reconcile the differences.”

Vance is hoping to win over skeptics, like Trump converted him.

Spectrum News Washington Bureau Reporter Taylor Popielarz also spent a day on the trail with candidates Jane Timken and Mike Gibbons. Those stories will be published separately this week.