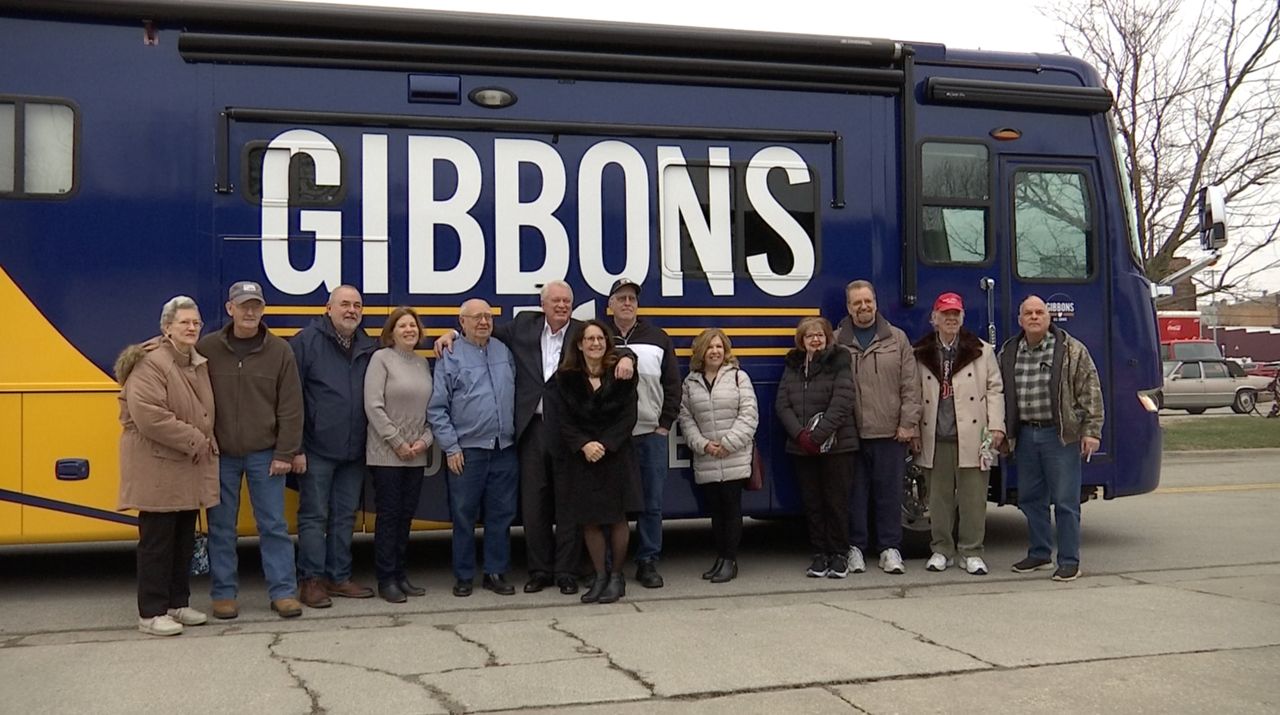 
And before Ohioans ask, the blue and gold colors are not for the University of Michigan, but for Saint Ignatius in Cleveland, where Gibbons went to high school. 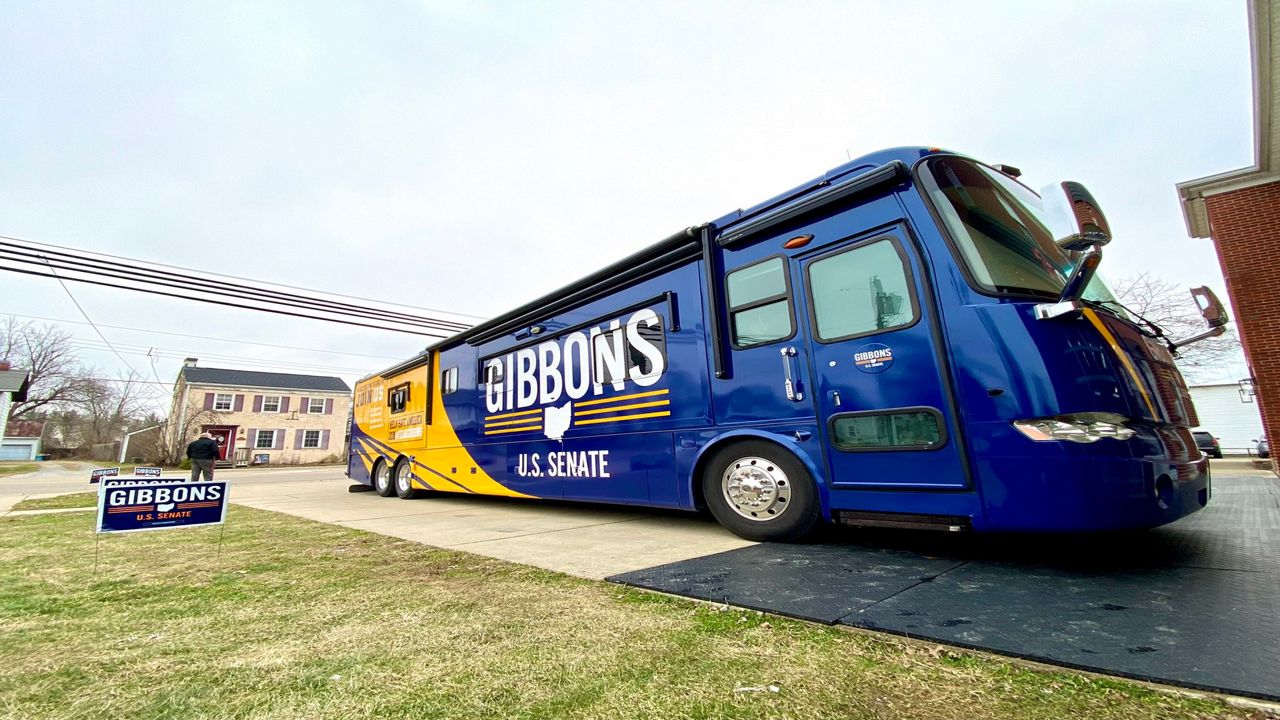 The Ohio U.S. Senate candidate has been taking the bus to places like a deli in Washington Court House to make his pitch.

“I’m not a politician, I’m a businessman,” Gibbons told about one dozen people at the deli last week.

This is the investment banker’s second bid for Senate. As one of six Republicans in the top tier of the race, Gibbons is hoping the work he put in back in 2018 will help him do better this time around.

In his stump speech, he focuses a lot on his personal story of becoming a self-made millionaire.

“My job was to go in and convince CEOs and CFOs that they could trust me to handle the most important transactions those companies would ever do,” Gibbons said at the deli. "And I have to tell you, I think it’s great practice for the U.S. Senate.” 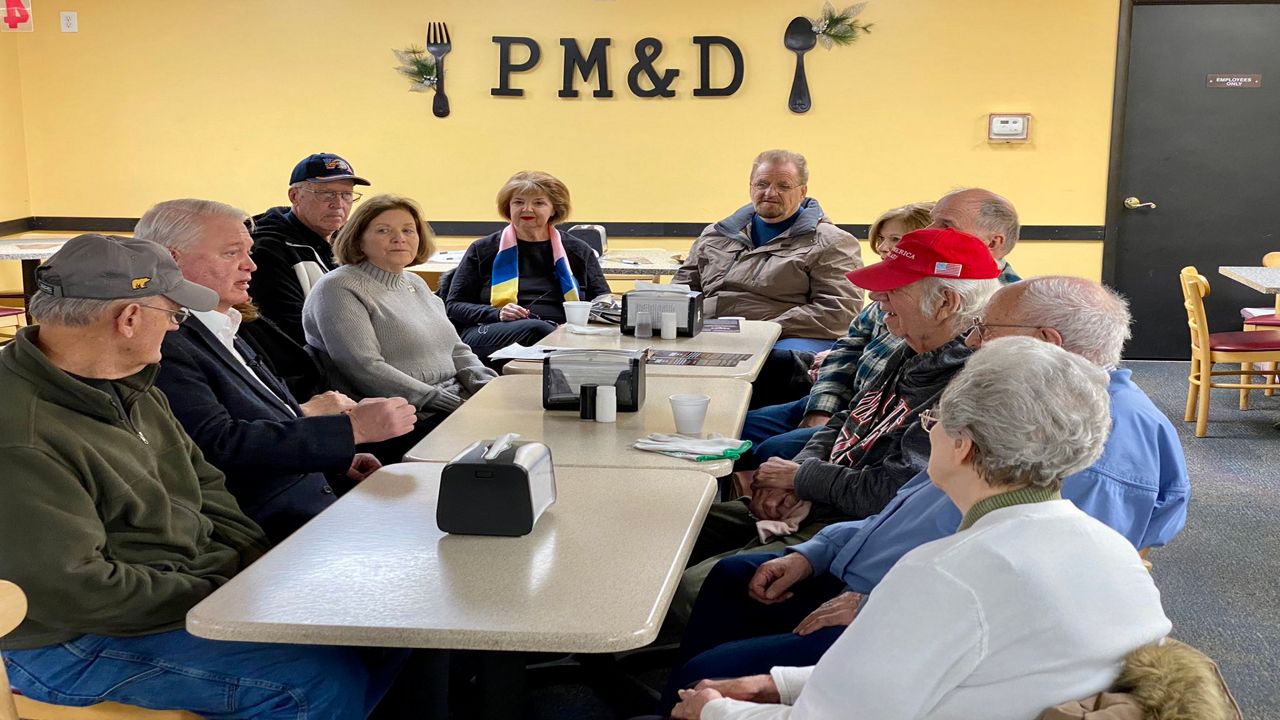 Like most of his Republican rivals, Gibbons campaigns as a pro-Donald Trump conservative.

At his meet and greet events, he makes a point of saying he supported Trump as far back as 2016, as both a donor and fundraiser.

“I don’t believe we had a president that did more for this country in my lifetime than Donald Trump did,” Gibbons said.

Although some of his opponents echo Trump’s baseless claim that the 2020 election was stolen, Gibbons hedges a bit.

After traveling from Washington Court House to Maineville last Friday, Gibbons sat down with Spectrum News for an interview on his campaign bus.

“I don't know what happened in the election. All I know is there are massive numbers of anomalies that there's no explanation for,” Gibbons said.

He was asked if he would have voted to certify the election had he been a senator.

“I'm not sure what I would have done because I would have probably had more opportunity to see the evidence that did exist,” Gibbons said. “I haven't seen the evidence I would need to not certify, but I believe it could be out there.”

At an event space in Maineville, Gibbons had a rally with Sen. Rand Paul (R-Kentucky), who has endorsed him. 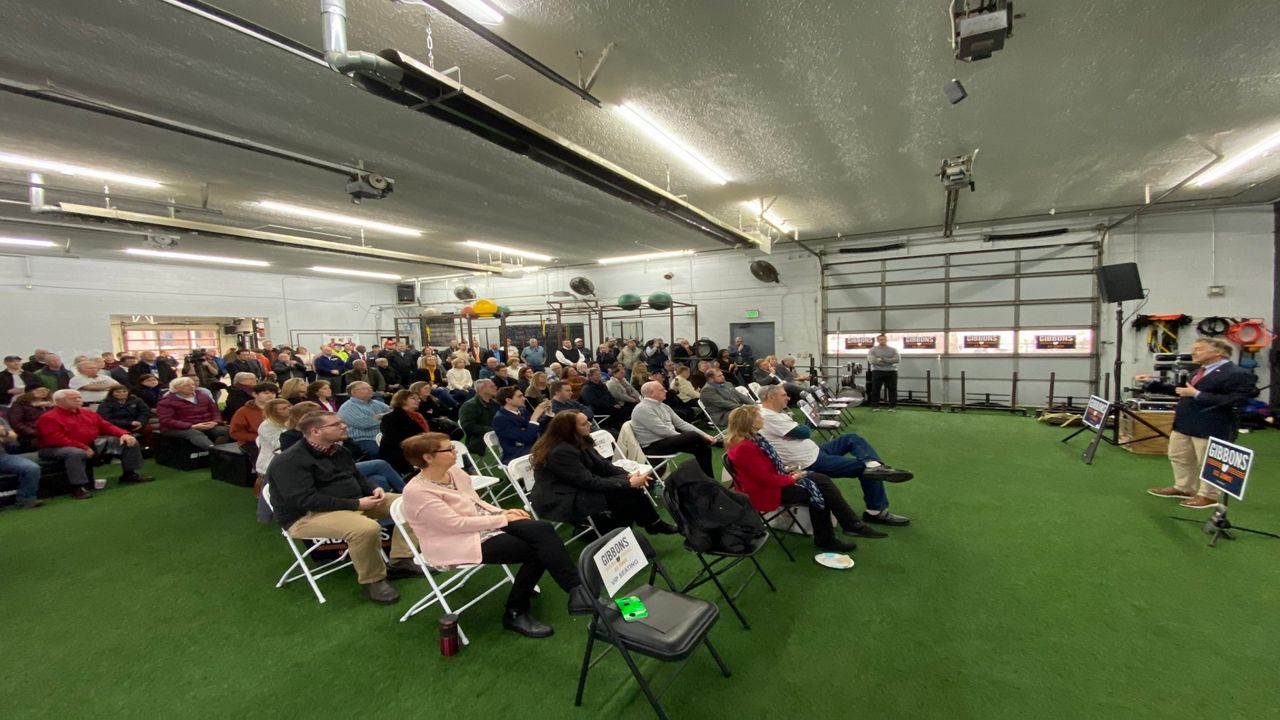 “I’m endorsing Mike Gibbons because I want Republicans who will fight, who will stand up for our liberty, and will send Anthony Fauci packing it off to someplace else,” Paul said to applause from the large crowd gathered.

All six Republicans running in this Senate race are millionaires, but Gibbons currently leads the field in self-funding — he’s poured more than $11 million into his campaign so far.

The money is paying for a massive TV ad blitz, which has helped him to rise in some polls.

“What do you say to Ohioans who say over $11 million is a lot, are you trying to buy this seat?” Spectrum News asked Gibbons.

“No, I’m not trying to buy it,” he replied. “I'm trying to put the country back on the right track so my kids have the same opportunity I had, because I don’t like where the left is going.”

At his events last Friday, voters didn’t seem to mind.

“I didn’t question that. I figured that he did that because he wanted the job. It was dear to his heart and I like that,” said Ruth Ann Ruth, who lives in Fayette County.

“The fact that he puts his money into his campaign, it’s a good utilization of his money, as far as I’m concerned,” said Washington Court House resident Carole Wright.

Some Republicans just learning about Gibbons are drawn to his story, which includes working as a newspaper carrier, a landscaper and in construction before succeeding in the investment banking world.

“I like the fact that he started with nothing and that he built himself up, so he knows what it’s like to struggle and get to where he is,” Janet Campbell of Westchester said.

Those who supported Gibbons in 2018 are confident his campaign is stronger in 2022.

When asked if there’s a limit to how much he’ll spend on his candidacy, Gibbons said it depends on what happens.

Spectrum News Washington Bureau Reporter Taylor Popielarz also spent a day on the trail with candidates Jane Timken and JD Vance. Those stories will be published separately this week.