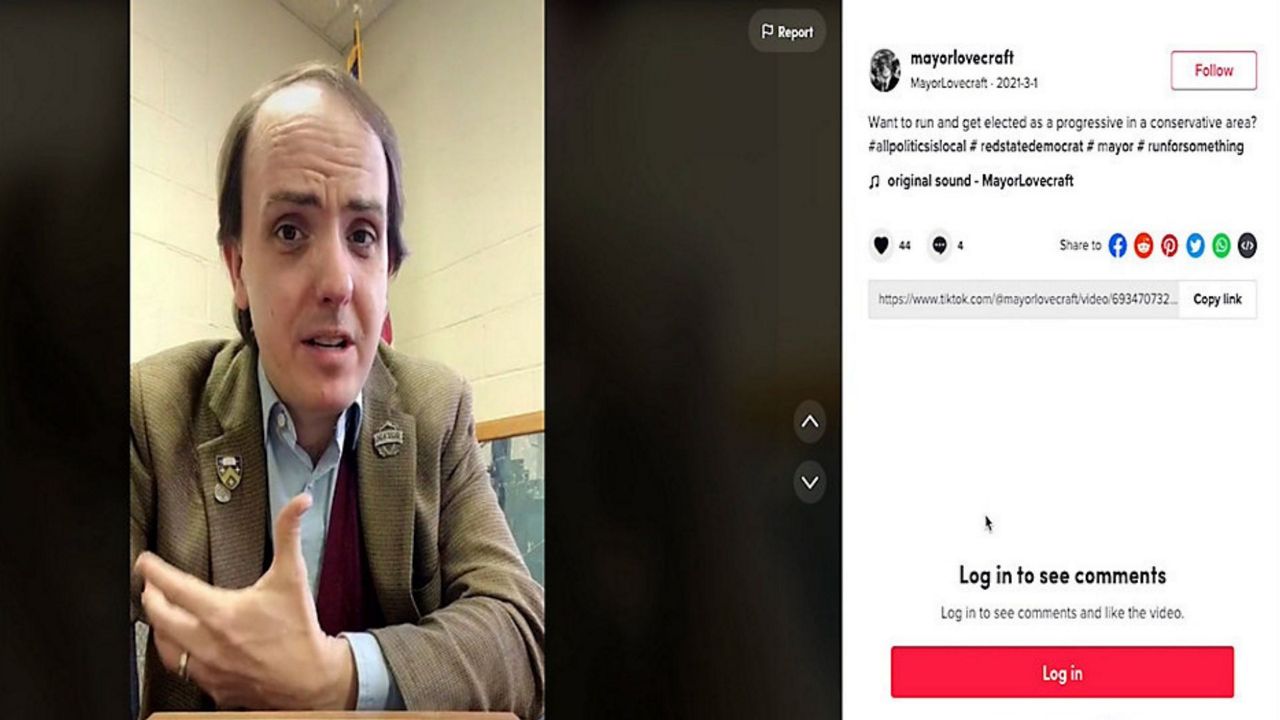 By Jenna Jordan Columbus
SHARE
GAMBIER, Ohio — One Ohio mayor is balancing the duties of his office with a booming social media presence.


Leeman Kessler serves the village of Gambier as its mayor. According to the 2020 census, a little more than 2,000 residents call the college town home. But, right now Kessler has about 44 times that number of TikTok followers.

“I’m really enjoying getting to create a bit of wonder and a bit of strangeness,” Kessler said. “And at the same time advertise some of the beautiful sights of Ohio.”

He posts short videos to TikTok.

“Sort of the collection and compendium of weird Ohio lore,” he said.

Since he first started his MayorLovecraft account last year, he’s gained nearly 90,000 followers. One of his videos referenced the “raven queen” and has been viewed more than two million times.

“Which boggles my mind,” he said. “I think that one video alone has done better than almost any other creative project of my adult life.”

Kessler moved back to Ohio when his wife received a job offer in Gambier.

“So, in a few short years, I go from returning to my college town to being mayor of it,” he said.

It’s a seat he said he never thought he’d fill.

“As a kid, my various interests in what I was gonna do sort of ranged from being on stage, to at one point I wanted to be a taxidermist,” Kessler said.

He said he tries to stay mindful of his role serving the citizens while catching clicks online.

“Just as I have to be mindful of the fact that I’m the dad of two kids who are potentially embarrassed by my shenanigans,” he said.

He said his background in theater plays an important role on the social media stage.