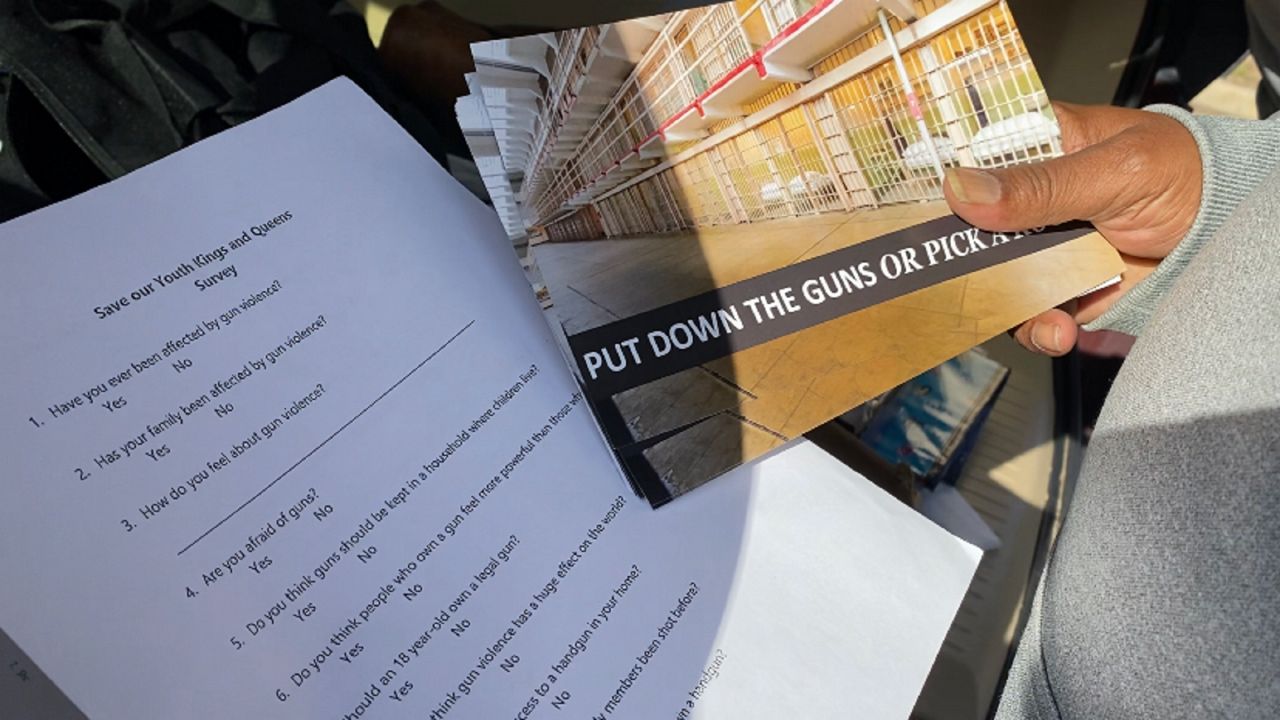 CINCINNATI — A group of mentors are going up against gun violence, starting with teenagers.

Advocates are trying to stop gun violence with surveys and signs about a new program. It's a program that Mitch Morris helped to start.

“I've met so many mothers and fathers who have lost their kids and gun violence,” said Morris.

Morris is the activist and mentor behind “Save Our Youth — Kings and Queens" in Cincinnati.

“You know, we should be able to live in a safe place and raise your kids and in a nice environment. And so we just had to do something,” said Morris.

The teens are referred to the program by the court system, but Morris says getting through to some teens takes a lesson from the past.

“A lot of stuff people had to fight for and die for, you know, and was hung for. So we need to let them know we don't want to hide that type of thing, we want to let our kids know where we come from,” said Morris.

It’s the reason they meet at the historic Harriet Beecher Stowe House in Cincinnati where historian Christina Hartlieb leads the tour.

Mentors like Ennis Tait hope to use their voice and experiences to help too.

“I was a son of domestic violence and anger, and I had access to guns and I had the desire to use them. But because of my mother's involvement in my life, I strayed away from that behavior,” said Tait.

Tait is now a pastor and mentor who works with teens in the program.

So far the mentors say they've helped about 20 teenagers choose a different path. They hope to get to more teenagers before another shooting.

“It might look like to everybody else, gunfire and dope selling and all that stuff going on, but we see good coming out of that,” said Morris.

The program aims to help teens between the ages of 12-17. The group meets twice a month in Cincinnati.

If you or someone you know needs help, you can find more information on the “Save our Youth — Kings and Queens” program by following this link.