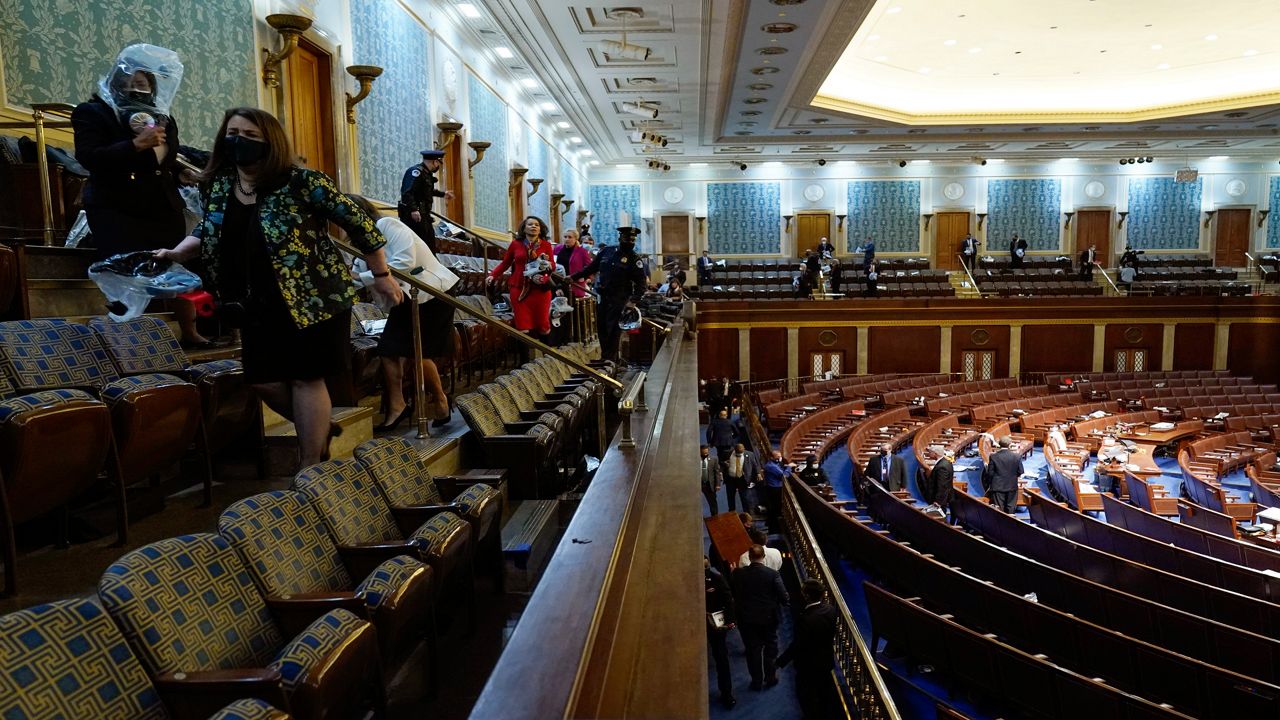 WASHINGTON, D.C. — Ohio Congresswoman Marcy Kaptur was one of the last lawmakers evacuated from the House chamber when supporters of President Donald Trump stormed the U.S. Capitol on Jan. 6, 2021.


A photographer with The Associated Press captured an image of Kaptur, one of the longest-serving members of Congress in history, wearing light blue, crouched alongside fellow members as the rioters tried to break into the House chamber. 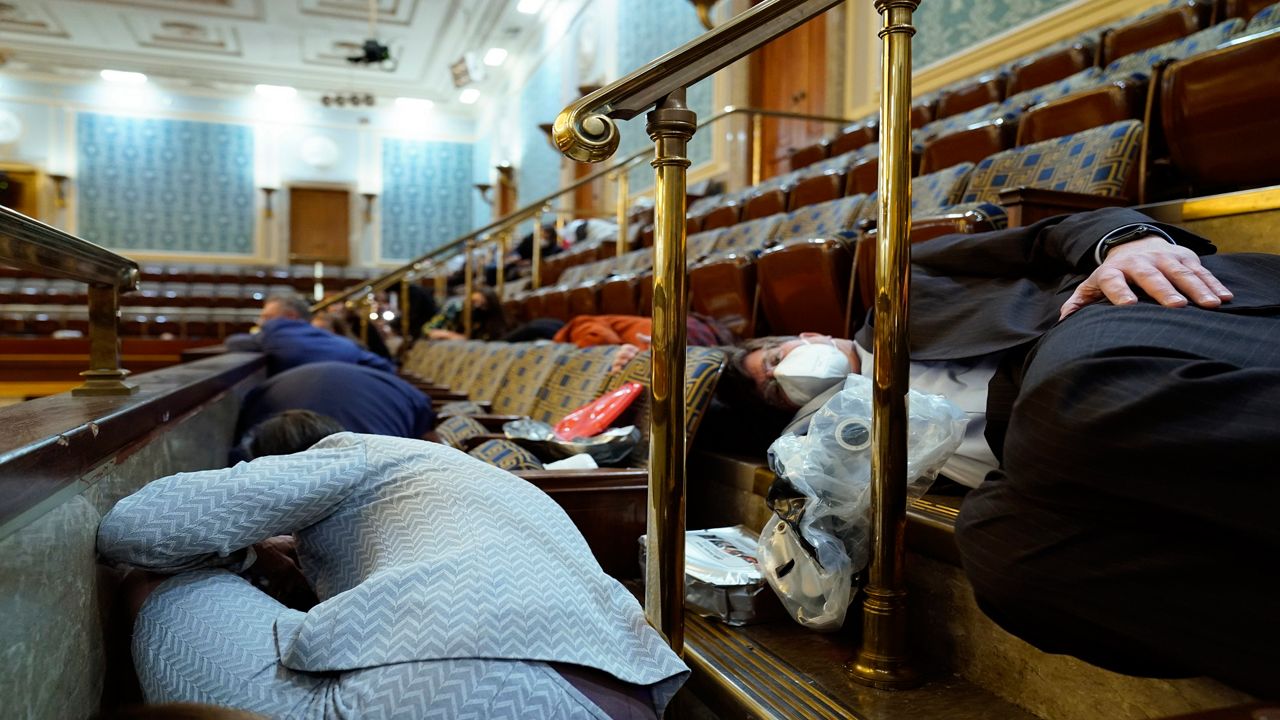 She was one of several lawmakers trapped in the balcony above the House floor.

“It was just an almost out of body experience. You know that expression? It really felt like that,” Kaptur told Spectrum News in an interview last month.

The lawmakers were there in an attempt to be socially distanced during the pandemic, as Congress voted to certify the 2020 election results.

Kaptur did not have her cellphone because it was recharging in another part of the gallery.

“So I didn't know what was happening outside the building,” Kaptur said. “All I could hear was the turmoil and the banging on the doors and the echo chambers from the stairwells and so forth. And then the announcement came that there had been tear gas that had been shot off in the central dome of the Capitol.”

The lawmakers were instructed to pull emergency gas masks from under their seats.

Those with Kaptur up in the gallery were trapped for 41 minutes, until they could be rushed out by police.

“I looked over the banister because we were down where we couldn't see,” Kaptur told Spectrum News. “And the Sergeant at Arms and personnel were standing there with their legs apart and their guns pointed toward the doors. And so that was right before we were evacuated. And I thought, what is happening?”

Kaptur, a Democrat from Toledo, is the longest-serving woman in House history, in office since 1983.

She said rioters trying to stop the certification of Joe Biden’s victory was beyond anything she ever could have imagined happening in Congress.

“This was so sad for our country, really. The people doing this really didn't know me or any of my colleagues personally,” Kaptur said.

Shortly after the attack, Kaptur documented it all in a 3,000-word memo — those terrifying moments in the gallery and the hours she and other lawmakers spent in a safe room as police secured the complex.

She wrote about speaking with Republican members Mo Brooks of Alabama and Mike Kelly of Pennsylvania, who supported the baseless claims that the election was stolen.

“I was trying to explain to them why their point of view was incorrect,” Kaptur wrote.

She said they waved off her attempts.

In a lengthy interview outside the Capitol in mid-December, Kaptur was asked if Jan. 6 completely changed how the House operates and how the two parties interact with each other.

“I think that over the last several years, the kind of camaraderie that existed across the aisle has broken down as politics becomes in some ways more radicalized in our country. That is very dangerous for our country,” she said.

Kaptur said when she first came to Congress in 1983, members from different parties always spent time together.

In recent years, she said it’s even become difficult to get Ohio’s delegation to sit down for a meal.

“When Jan. 6 happens, that creates greater barriers and suspicions and counter charges,” Kaptur said. “And that is very destructive to passing legislation that's bipartisan.”

Asked if she personally has found it harder to interact with some of her Republican colleagues after everything that happened, Kaptur said: “I think the answer is yes. You know, you try. But there are these extreme views that have come to Congress that make it very hard to relate to some people.”

After the insurrection, Kaptur voted to impeach Trump for a second time.

She also joined a federal lawsuit claiming Trump and his attorney, Rudy Giuliani, conspired to incite the attack.

Did her experience on Jan. 6 make her question staying in Congress?

“No, it made me more determined than ever to stay in this job and to heal this country,” Kaptur said.

She is planning to run for a 21st term this year.