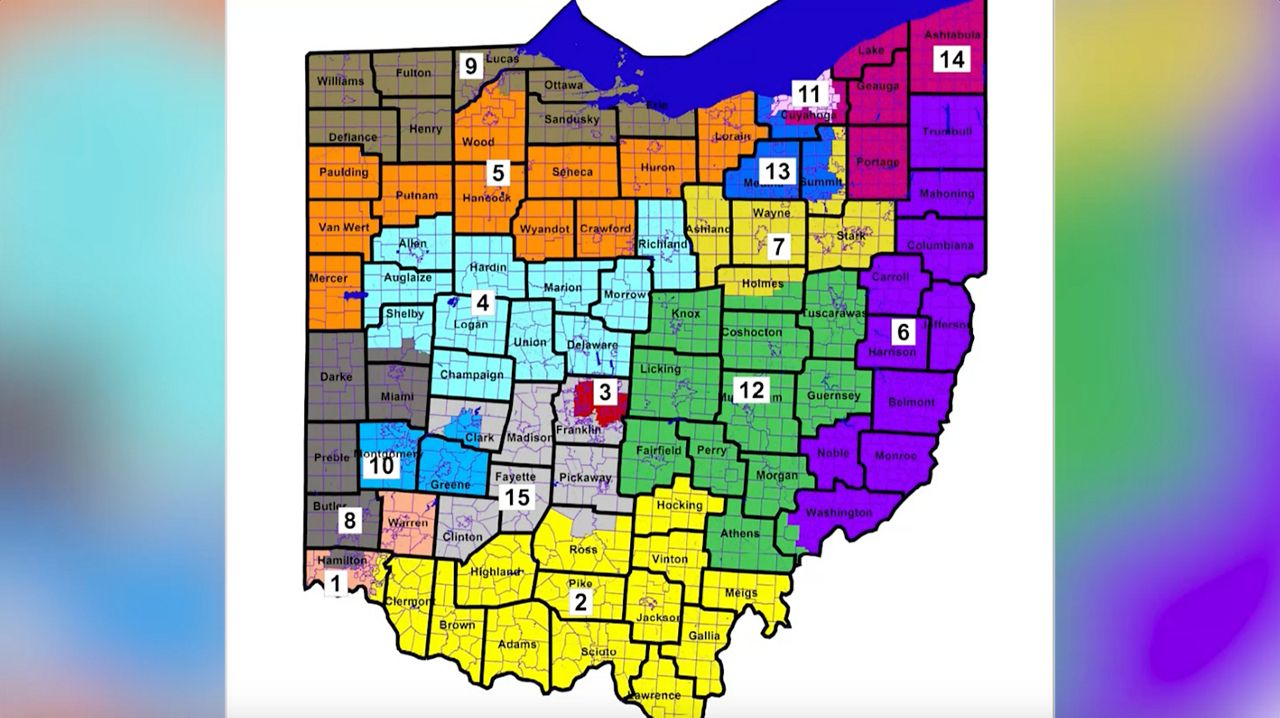 
Voting rights groups want the map thrown out and redrawn, because they claim the GOP gerrymandered it despite voters telling them not to by overwhelmingly passing a constitutional reform in 2018.​

The hearing lasted a little more than an hour. One of the biggest takeaways was when Chief Justice Maureen O'Connor was adamant when addressing the lawyer for Ohio Senate President Matt Huffman, R-Lima, and Ohio House Speaker Robert Cupp, R-Lima, by saying Ohioans are not necessarily stuck with the map that was passed.

"If the map that was, the plan that was adopted was demonstrated to be violative of compactness or any of the other components that need to be considered here, or mandated I guess here, it would matter what the alternative plan was," O'Connor said. "Counsel, it's not the end of the story. It's go back to the drawing board."

Last month, Republican lawmakers passed a four-year map that could give the GOP 12-13 of the state's 15 congressional seats.

"A plan where one party is favored to win 80% of the seats when it only wins 53 or 54% of the vote clearly favors that party," said Ben Stafford, representing Regina Adams, one of the relators in the first case.

​The lawyer for the voting rights groups pointed to Hamilton County being split three ways, in which a Democratic city like Cincinnati is lumped in with a Republican rural area like Warren County, as an example of Republican gerrymandering.

"When we see a substantial deviation from compactness that results in a substantial increase in partisan gain, that’s a tip-off that what we have here is an unduly favoring of one political party," said Robert Fram, representing the League of Women Voters of Ohio, one of the relators in the second case.

Justice Pat DeWine referred to past elections as a reason the map could be constitutional.

Meanwhile, the lawyer for the Republican lawmakers, Philllip Strach, said the map is "the most balanced and politically fair congressional plan in recent Ohio history" and having only six GOP safe districts is key.

​Now, it is in the seven justices' hands. Four are Republicans, but Chief Justice O'Connor could be the swing vote because she went against the GOP 10 years ago.

Jen Miller with the League of Women Voters of Ohio is optimistic because she said the evidence speaks for itself.

"We know that the justices, their job is to really grapple with the evidence,” said Miller. “And so, we're hopeful that we'll get good rulings for both the state maps and the federal maps and that the people of Ohio will have the chance to truly be represented fairly.”

A decision is expected soon with the 2022 election filing deadline fast approaching.