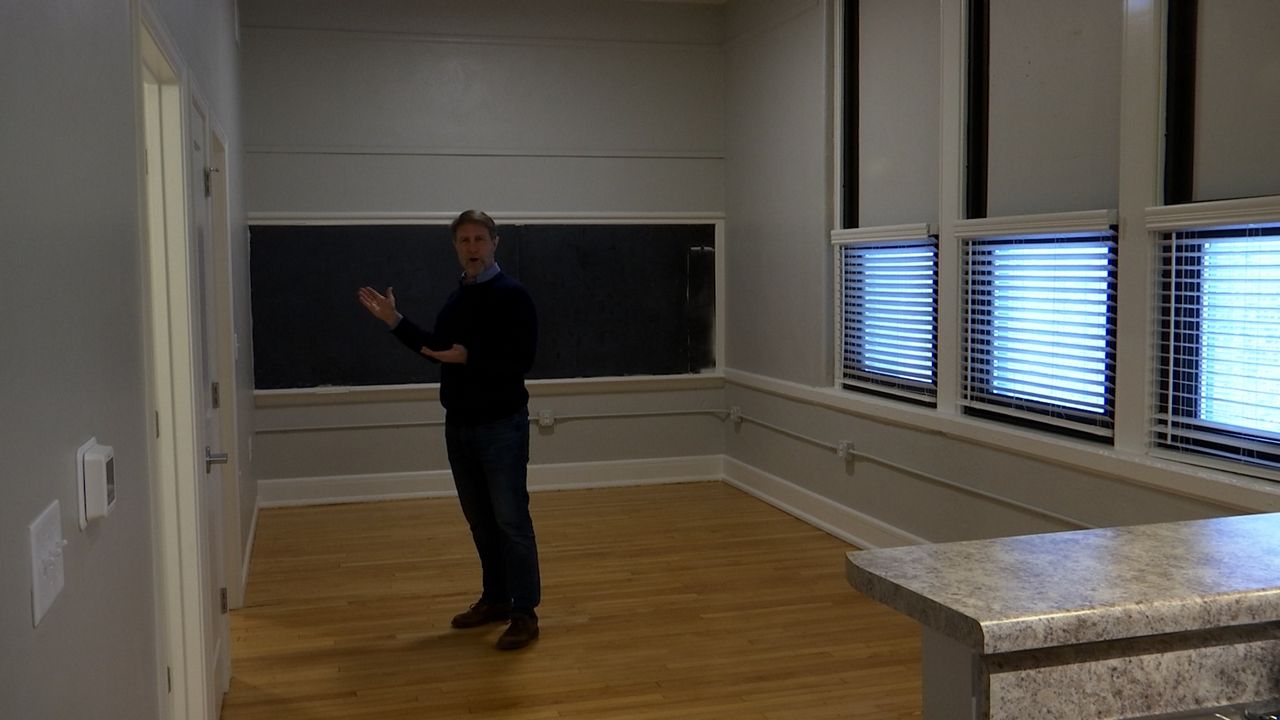 URBANA, Ohio — From its decorative brick facade to the playful murals dotting its hallways and chalkboards lining the walls, Legacy Place South is carefully designed to evoke nostalgia for a place many in Urbana remember fondly.

The former Urbana South Elementary along with its counterpart Urbana North consolidated into a new school years ago, leaving their century-old buildings behind to be demolished, but the city wasn’t ready to let them go and in 2021, they got their wish. Legacy Place started accepting residents at the two buildings in the summer and hopes to finish construction and take in residents in a renovated Douglas Inn early next year.

“These are landmark buildings and if they weren’t going to be renovated, they were destined to be torn down,” she said. 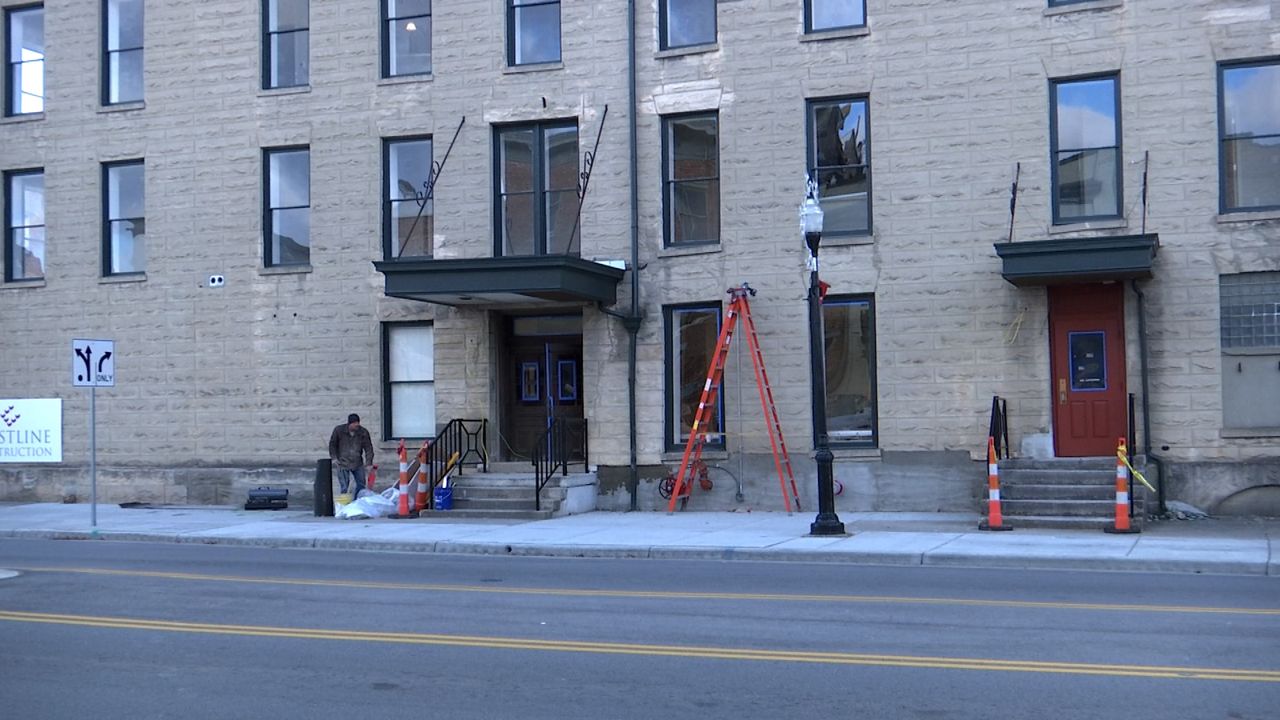 The Douglas Hotel is the final Legacy Place project under construction

Six years in the making, the three-building project, by developers Flaherty & Collins, creates 51 units for residents 55 years or older making 60 percent or less of the municipal area median income, about $25,000 a year. Legacy Place also reserves units for those with disabilities.

“We knew that we needed to attract more people into the community, and we can’t do that without housing,” Bailey said.

Affordable housing is a statewide issue, impacting urban and rural communities alike. According to the national low-income housing coalition, Ohio needs more than 250,000 additional affordable homes and according to Bailey, Champaign County is short several hundred.

She said residential development has been slow around Urbana. Even as the community ages, few homes are going up for sale, so younger families can’t afford to move in and many of the people who work in town commute from out of the county.

In order to grow, Bailey said the community needs housing of almost every kind, but the Legacy Place project is a start. 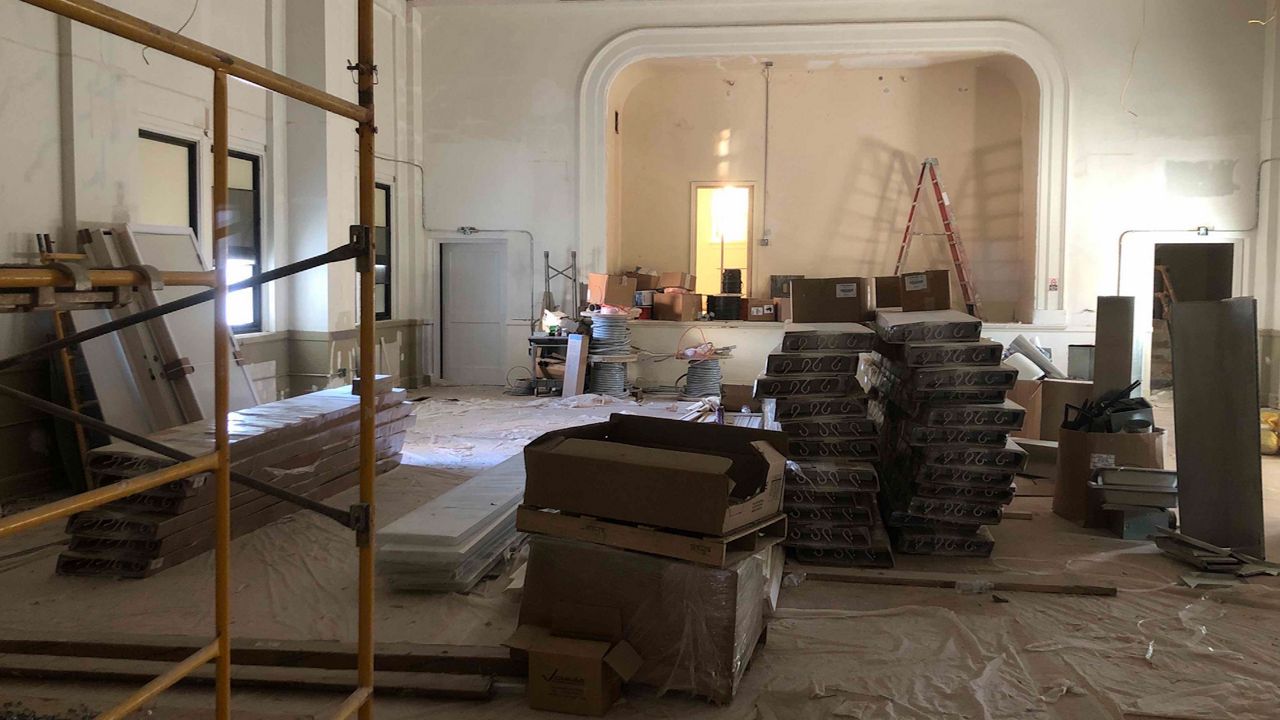 “We’re hoping the elderly sell their single-family homes to move in here, bringing in more new people to our community,” she said.

According to Duane Miller, president of F&C Legacy Place, preservation and economic growth were always at the heart of the $13 million project, as its funding hinged on saving these historic buildings while serving the community in the process.

“The flooring was here before and we just really fixed it up, and like the bedroom is wall to wall chalkboard,” he said, walking through one of the vacant apartments to show what went unchanged through the renovations. “My favorite feature is actually the wood that’s been preserved in these units as you go throughout them.”

Miller said his developers met with city leaders as well as stakeholders from Urbana’s school district to determine what was important to the buildings’ character, with the mayor himself pointing out how much he loved the murals he grew up seeing throughout his school hallways. 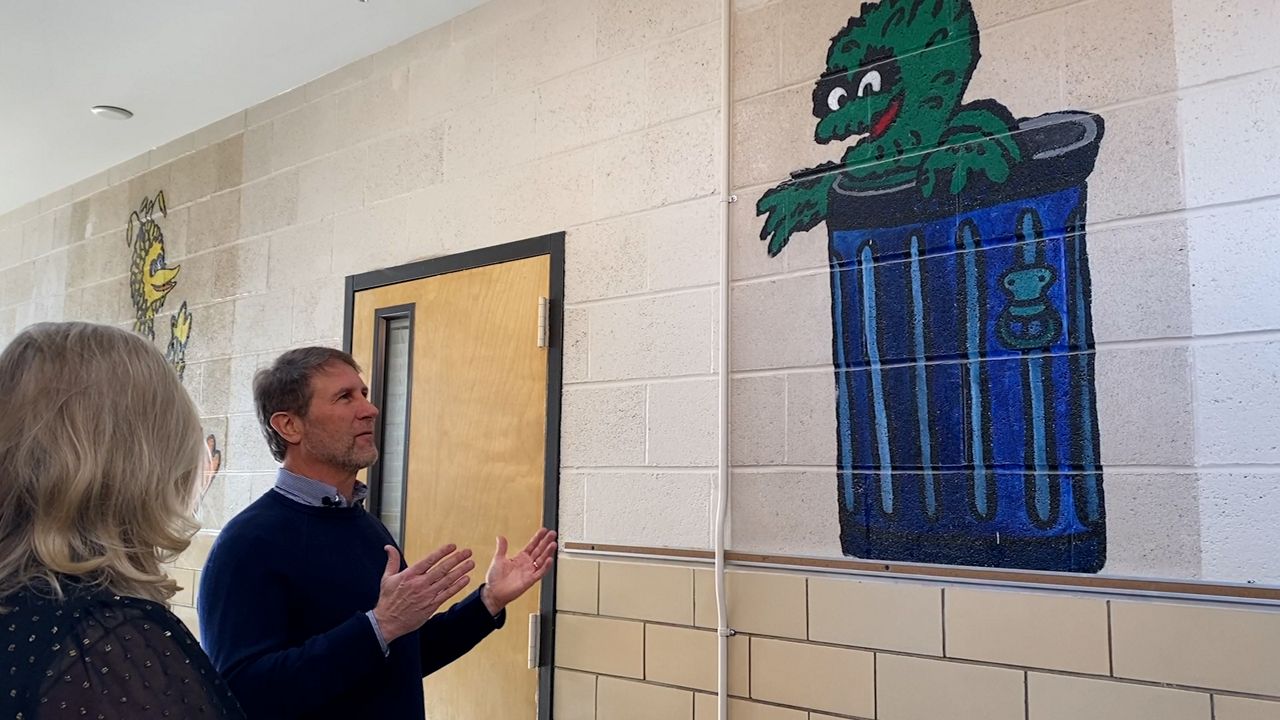 Miller shows some of the murals at Legacy Place

“A lot of the ex-teachers or current teachers or even city officials wanted us to keep as many of these,” he said.

When the place started taking in residents in the summer of 2021, Herron Property Management, an Indianapolis company, took over day-to-day operations.

Anthony Sachs was the first to move into Legacy Place South.

“There aren’t a lot of places like this,” he said.

Sachs grew up in Urbana, and his kids went to school at South Elementary. Though he moved out decades ago, he said many of his children and grandchildren are still in the area. He was living with his daughter near Columbus, looking for somewhere to go, when he heard about the place from them.

“I think there’s a renaissance going on in Urbana,” he said. 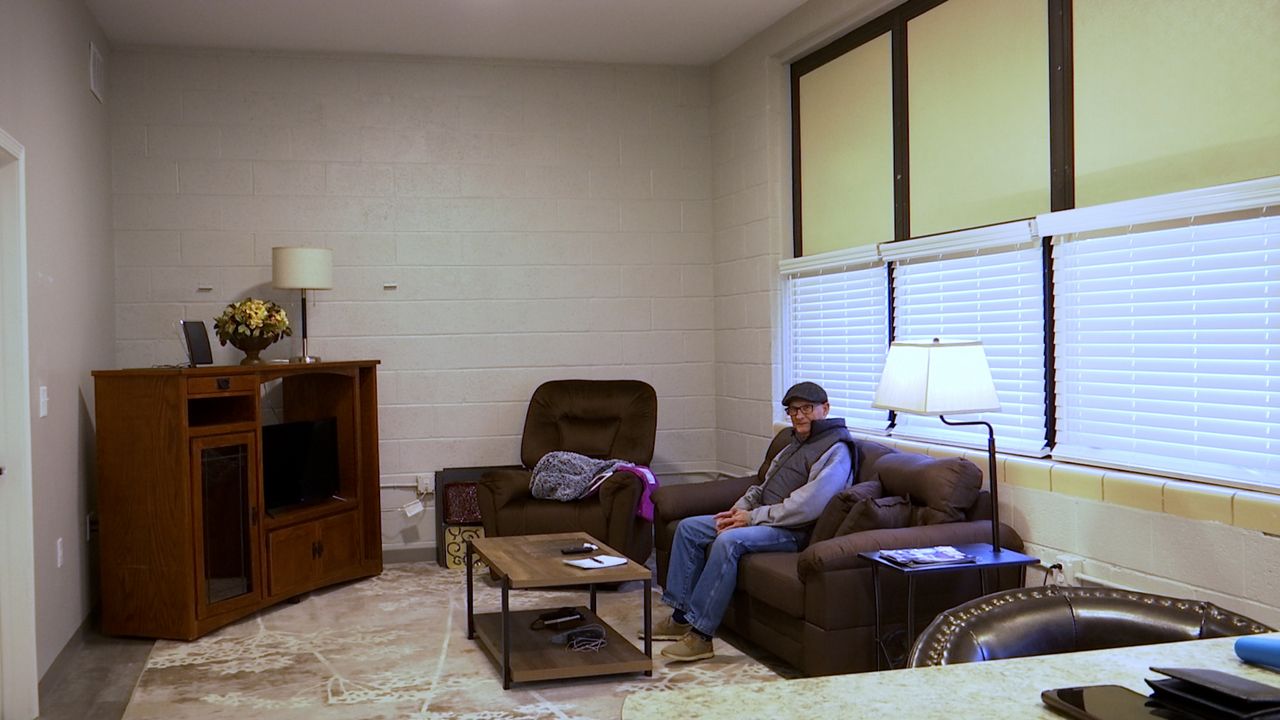 Sachs relaxes in his apartment

Bailey said that’s what she was hoping to see from the project: Inspiration for further development around town.

Most importantly though, she said she’s proud to see these buildings get a new life, helping the city move forward, without letting its history go.

“I don’t want to see Urbana go away but I want to see more of Urbana people here, embracing the community,” she said.