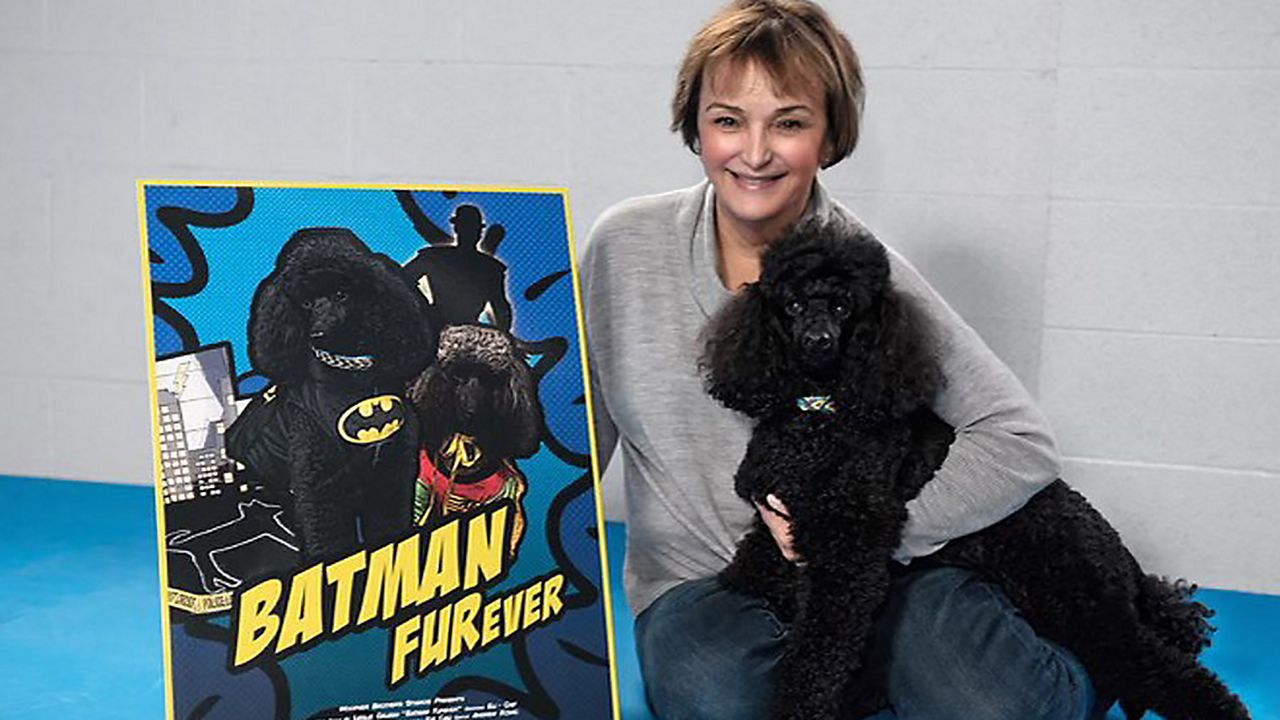 CLEVELAND — A northeast Ohio dog and his handler are getting national recognition for winning a prominent trick dog competition.


It was a hard day's work for Eli and Leslie Gelesh at the All Breed Training Club-Akron after putting a miniature poodle’s talents on display.

“You might start really small and you might take a treat and lure them,” Gelesh explained while using a treat to lure Eli through her legs.

Eli has a wide range of tricks from playing the piano to a ring toss and even saving "Gotham City" as the caped crusader with his brother Chip.

“I’ve had dogs my whole life, but never trained one before. He’s the first one I ever trained. And I’m not a professional trainer. I’m a homebody,” said Gelesh.

This retired dog mom got Eli when he was over a year old. He’d already started training, so she thought she’d give it a try and take him to the next level.

When she started getting involved in the AKC Virtual Trick Dog Competition, she thought a Batman storyline she dubbed "Batman Furever" that includes rescuing the Pink Panther would be the best way to show off his talents, while also creating a new hobby.

After calling it a session, Gelesh loaded up Eli and Chip and headed home, where there’s not just a Batmobile, but also evidence of Eli’s recent first-place finish for the national competition. It’s a win Gelesh and Eli are very proud of.

“When I didn’t win the first time, which was probably an unrealistic expectation, then I thought, ‘Well, I can tune this up and do it again’. So, we pulled out all the stops. We did all kinds of tricks, we did — we added everything we could think of into it and 'boom!' Here we are, No. 1 trick dog in the country,” Gelesh said with a smile.

Eli’s work doesn’t stop at the competitions. He also performs at nursing homes, brightening the day of others as a therapy dog and bringing joy to people the way he’s brought joy to his dog mom.

“They are so much fun and they are so active and interesting and they’ve made so many friends for me,” said Gelesh. “Everywhere I go, people connect with me through them and it’s really been a great pleasure of my life.”

This poodle might not have super powers, but he has a talent for tricks and putting smiles on faces. ​