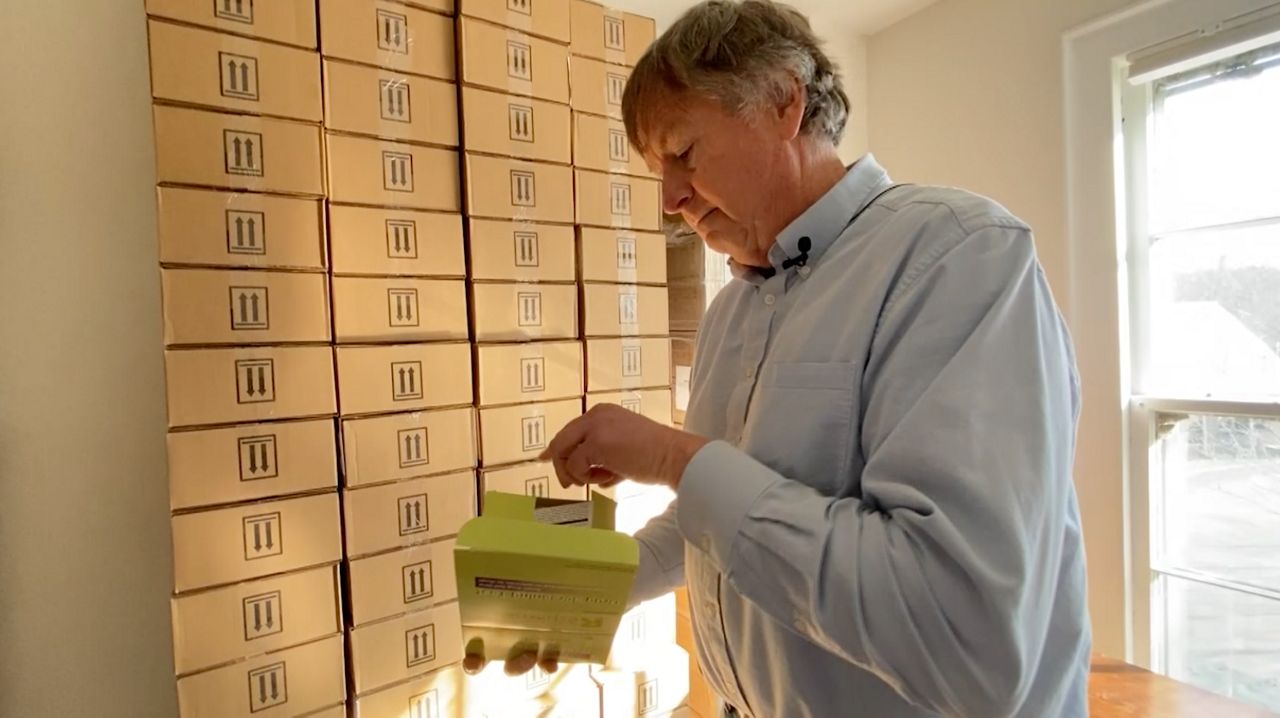 Organizations call on state to use opioid settlement money

Just about every morning for Dennis Cauchon starts with him behind his desk researching the state’s overdose death numbers.

“It tells you where they’re dying, what they’re dying of, meth, fentanyl, etc. How old they were, their race, so this is like the key to understanding overdose deaths in Ohio,” said Cauchon.

The rising numbers is one of the reasons Cauchon eventually started Harm Reduction Ohio, after leaving USA Today in 2013. The move has given him insight into how opioid relief money should be spent.

A map of the state in front of his desk helps him keep track of the whole state, especially the rural counties hit the hardest.

“A lot of these rural counties don’t have the money, the resources or the political will to try to prevent death in people who use drugs.”

Now on the front lines of the battle against addiction, he expects 2021 to be the worst year for overdose deaths in state history.

“Today, like every week, someone that I know personally, just had a friendly conversation with, dies of an overdose because overdose deaths are just so unpredictable,” said Cauchon. “It’s heartbreaking. I’ve been to a lot of funerals and they're young people. It’s not like going to the funeral of your grandmother or my mother just died at age 90 after a full life. You know, the average age of an overdose death is 40. So they’re old enough to have children, to have careers, to coach Little League.”

He and several other Ohio organizations are calling on the governor and attorney general to spend the $800-plus million received in a recent legal settlement to help save lives.

They hope to create more stories of overcoming addiction like Shae Dalrymple, who started abusing drugs as a teenager and now is helping others.

“A lot of my friends have died from overdoses and this is a passion of mine to try and save lives,” said Dalrymple.

She said Harm Reduction is the leading distributor of Narcan in the state. Narcan is an anti-overdose drug that’s been in high demand.

“We had one order where they said that they had used 9 Narcan in the past month on people. So that’s nine times that somebody didn’t die because of Narcan that we sent out and that’s just amazing to me,” said Dalrymple.

Harm Reduction and other organizations are calling on the board that will oversee how the money is spent to use the money on what they believe are proven measures like:

“This 29-member board has to have the impacted population participate in how the money’s spent so that the money can be effectively used to save lives,” said Cauchon.

And as Harm Reduction continues to give out Narcan and advocate in the fight against the crisis, Cauchon hopes that help is on the way.

“Some of the things that need to be done are somewhat controversial and they need to be done in areas where they’re not popular. Like a syringe program, needle exchange might not be popular in rural Ohio. But that’s where it’s desperately needed,” said Cauchon.