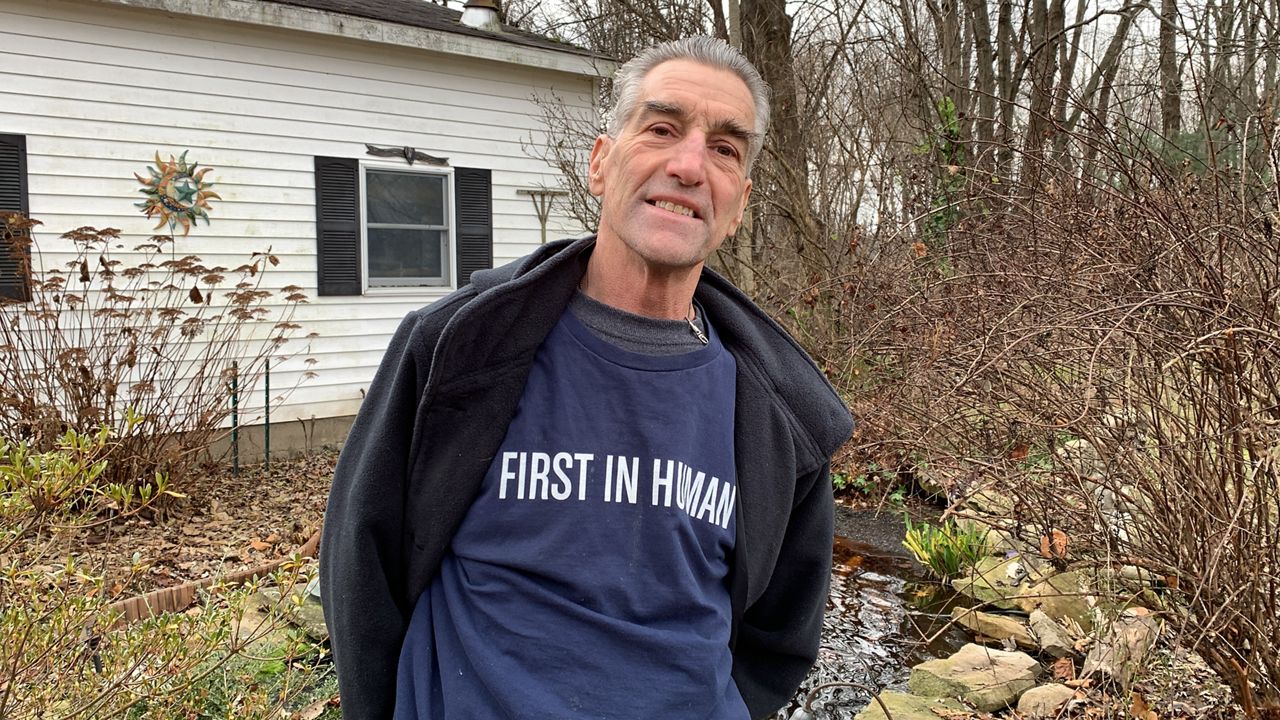 ELYRIA, Ohio — A northeast Ohio man has a whole new grasp on life while making medical history after the successes of participating in a clinical trial.

He was diagnosed at the age of 21. As he aged, the autoimmune disease became harder to control. He’s what doctors called a brittle diabetic, meaning his blood sugar swings were severe and frequent. 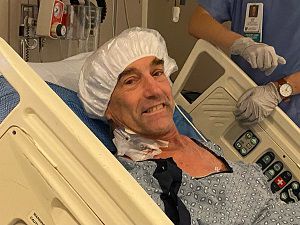 “I was a mail carrier for 30 years, and I would start walking up the street and then by the time I get to the end of the street I would pass out and start seizing right on somebody's front yard, and I couldn't get up,” Shelton said. “That would almost be a daily thing.”

He’s had an ambulance called for him hundreds of times, and even passed out on his motorcycle and crashed into a wall in 2020. Shelton currently lives with his ex-wife, Cynthia, who goes by Cindy.

“Every day was exhausting because you could maybe do something for about a half-hour then it was like put everything down, go see where his numbers are,” Cindy Shelton said. “If they're really low, time to go cook a meal. And that was the whole day cooking and giving shots. And you know, maybe in between there, you'd get to do a load of laundry.”

Vertex aims to address the underlying cause of Type 1 diabetes by developing therapies to potentially replace the insulin-producing cells that are destroyed. It's building on work started in the laboratory of Dr. Douglas Melton and at Semma Therapeutics, which was acquired by Vertex in 2019.

In the trial, Vertex said the patient receives an infusion of new cells — grown from stem cells — that help to restore the body’s natural ability to create and regulate that insulin, essentially giving the body back the cells it’s lost.

The Sheltons jumped at the chance to join.

“It was like how much worse could he get?” Cindy said. “Because like I said, if you weren't monitoring him, you know, 24/7…what kind of life is there for him or me or anybody involved with him?"

On June 29, Brian got an infusion of lab-grown stem cells. He received about half of the target dose. Shelton was the first human patient, which is why he wears a shirt that says “first in human.”

“Even right from the start, it was different already," Cindy said. "He wasn't up at 300 and 400 [blood sugar levels]. The really big changes happened around the three-month mark. I mean, it was incredible. That was like I think the first time I told him in the morning, I said, ‘You do realize you've gone five days with not a drop of insulin.' And he, back in the day he was doing probably between 30 and 40 units a day.” 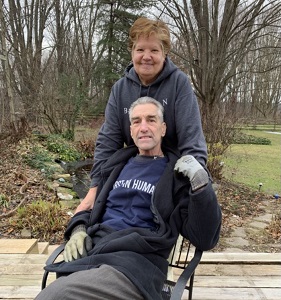 Shelton’s body is now able to control its own insulin and blood sugar levels. He still wears the glucose monitor and checks it often during the day, but every time he reads the number he smiles.

“It's one reason enough to just smile all day long,” Brian said. “And I understand why my doctor does because I'm part of him now. You know, he, he made me a full person. Let me put it that way. Yeah, gave me my life back.”

Cindy said he's like a whole new person and that it's changed his whole outlook.

"He's happy," she said. "He seems to have a clearer head. We're not always just thinking where's your number at? What do you need to eat? How much insulin do you need right now? A normal person is like between 70 and maybe like 120 and that's a pretty wide range, but those are good numbers and now he is in that zone and it's unbelievable. It's just completely unbelievable for both of us.”

This trial is still in its beginning stage. It’s a five year study and will enroll as many as 17 patients with severe cases of Type 1 diabetes. Regardless, diabetes experts across the nation are amazed.

Dr. Willa Hsueh is an endocrinologist from The Ohio State University Wexner Medical Center who was not involved in the study Shelton went through, but is working on a similar study with the company ViaCyte.

“The whole world of diabetes is rejoicing about Brian's results,” Dr. Hsueh said. “We're all very, very excited about this progress because this gives us hope that using these stem cells and developing into islets, of which Dr. Melton was one of the leaders in this development, that it actually works in people and can provide, as we said, a functional cure for the disease.” 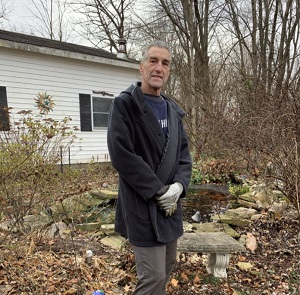 Hsueh said the goal now is to try to be able to give these cells to patients and prevent the use of immunosuppression by "developing an encapsulation device so that the immune cells cannot enter into the engrafted cells" or by changing those "engrafted cells so they can avoid immune suppression."

To Brian Shelton, living how he was before, or taking immunosuppressants for the rest of his life is an easy choice. He turns 65 in a month and finally feels like he’s living.

More information about Vertex's clinical trial may be found here.