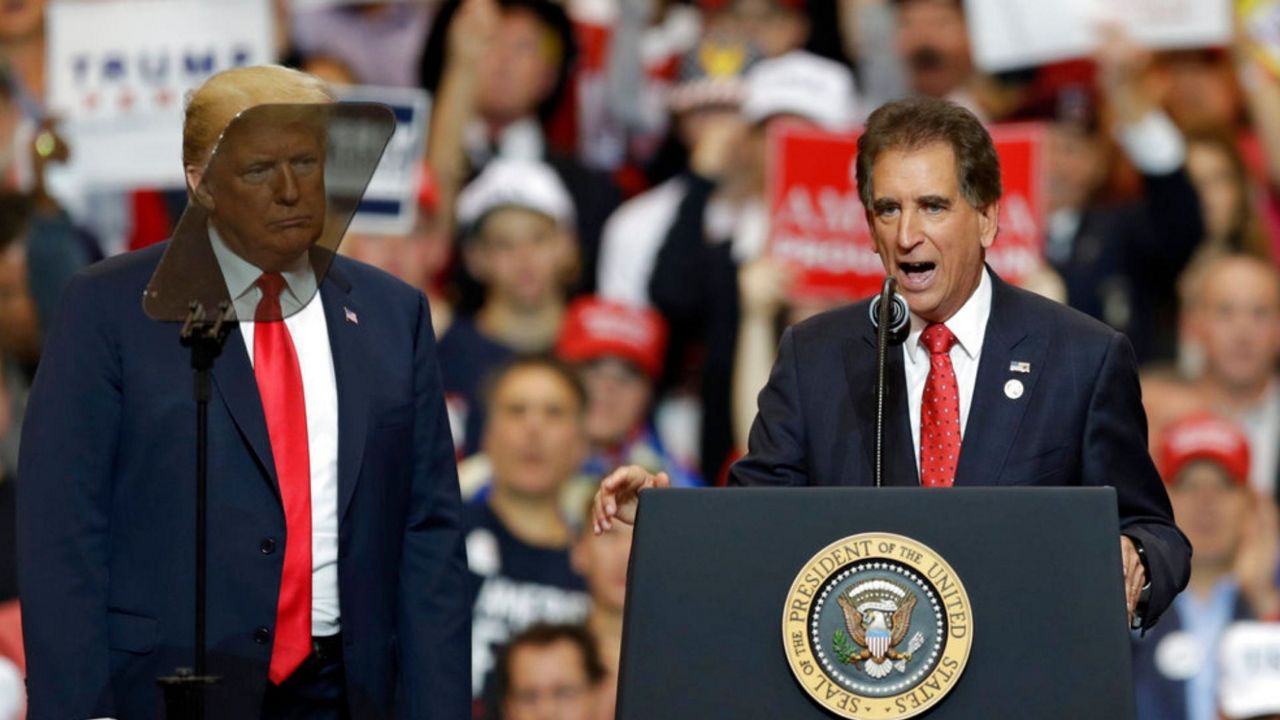 Renacci, former Wadsworth mayor and U.S. congressman, introduced Knopp in front of a packed room at the Savannah Center. Knopp joins the ticket having served in the Air Force, but having no political experience. Yet, Knopp said that after spending six months making a documentary with former President Donald Trump and the Trump family, he wanted to get involved in politics.

"What I realized is people kept saying, how do we drain the swamp in Columbus? Just like President Trump has done it in D.C. and it takes an outsider. It takes someone who has succeeded in business," said Knopp.

Knopp said he was also turned off by DeWine's handling of the pandemic.

"We sat through the shutdown a year ago and my kids were not able to go to school. I'm seeing the damaging effects today, both socially--most importantly, I think that academically," Knopp said.

Renacci and Knopp first met just two months ago in the very building where they stood together on Thursday. Lara Trump, the former president's daughter-in-law, helped set up the introduction. Renacci said Knopp was the right choice because of his background in business and lack of political experience.

"(He's) an outsider like me, somebody who has created jobs, employed people, understands what it is to sign the front of the paycheck, not the back of the paycheck. And I think that's the real key. We have a state that cannot compete today," said Renacci.

Renacci and Knopp said they will change that by stopping the corruption that state has seen, pointing out what federal prosecutors have called the state's "largest bribery, money laundering scheme" involving FirstEnergy, former Ohio House Speaker Larry Housholder, Householder's associates and House Bill 6.

Renacci and Knopp have five months before the GOP primary to convince Republican voters they are best suited to represent the party and state.

So far, Renacci, a wealthy businessman, has not raised a significant amount of money for his campaign. His last campaign report showed just $22,000 after donating $1 million of his own money. Renacci said he is not worried about keeping up with DeWine and is committed to funding his own campaign.

He added, "The last thing I need to do is raise a whole bunch of money from businesses and corporate leaders and then be obligated to them down the road."