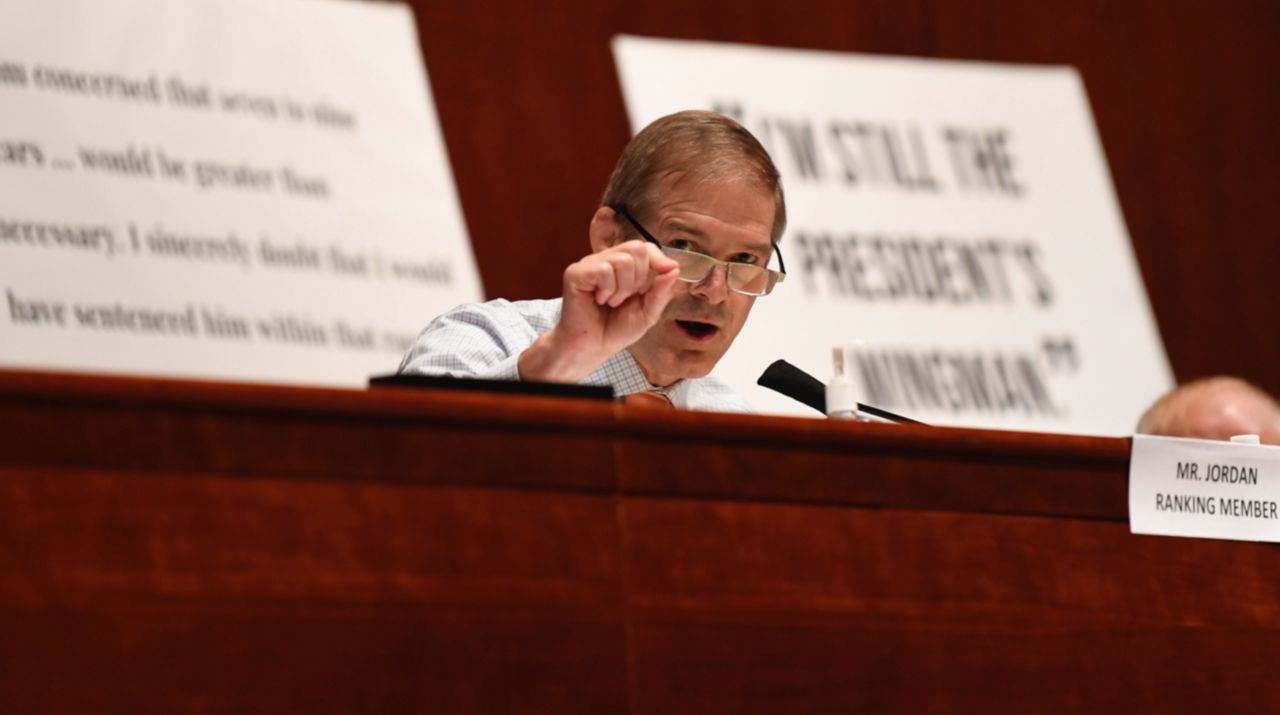 WASHINGTON, D.C. — The House select committee investigating the Jan. 6 Capitol attack has not yet subpoenaed any sitting members of Congress, but it has left the door open to do so.

One of the lawmakers who could receive one is Rep. Jim Jordan, R-Ohio, the top Republican on the House Judiciary Committee.


For months, Jordan has not definitively answered how many times — and when — he spoke with President Donald Trump on Jan. 6, when the U.S. Capitol was attacked by Trump supporters on the day Congress was scheduled to certify Joe Biden as the winner of the 2020 election.

Jordan is one of Trump’s closest allies on Capitol Hill and he was a leading voice in Congress challenging the certification.

In an interview with Spectrum News on July 28, Jordan appeared to struggle to answer how many times he interacted with Trump on Jan. 6.

Ohio's @Jim_Jordan confirms to me:

Before, during or after attack?

“On Jan. 6, did you speak with him before, during, or after the Capitol was attacked?” he was asked by Spectrum News.

The interview went viral on Twitter and has been viewed more than 2.6 million times.

In late August, Jordan told Politico that he spoke with Trump “more than once” on Jan. 6, and was “sure” one of the calls happened while Jordan was evacuated to a safe room with other lawmakers, though he said he couldn’t recall specific times.

Then on Oct. 20, Jordan gave another answer when asked again during a House Rules Committee hearing.

“From my memory, I talked to him after the attack happened and we were moved to the chamber,” Jordan said. “I may have talked to him before. I don’t know. But all I’m saying is I had nothing to do with any of this.”

New from @Jim_Jordan to Rules Committee.

“From my memory, I talked to him after the attack happened and we were moved to the chamber. I may have talked to him before. I don’t know. But all I’m saying is I had nothing to do with any of this.”

In an interview with Spectrum News on Nov. 18, Jordan said his office has not received any requests. He wouldn’t commit to cooperating if it does.

Jordan was asked, if the committee does reach out and request anything, would he be open to providing it.

“Depends what it is,” Jordan said. “I mean, I'm not going to answer hypothetical questions, but I just think this is a complete sham, what these guys are doing.”

In a separate part of the interview, Jordan was asked if he checked exactly how many times he spoke with Trump that day and when.

He was asked if the committee asks him to provide that information, would he be open to sharing phone records.

“Same response I gave you before,” Jordan said. “This is a total political committee.”

The select committee has, so far, issued more than three dozen subpoenas, including to Jordan’s close friend and former White House Chief of Staff Mark Meadows.

Jordan seems unfazed by it all and is focusing on his rising political celebrity.

On Tuesday, he’s releasing a new memoir, which Spectrum News reviewed an advance copy of.

In his interview last week, Jordan said he is pledging to continue fighting the Democrats’ agenda.

“Everyone's saying do whatever you can to stop the crazy, out of control policies from the Biden administration,” Jordan said.