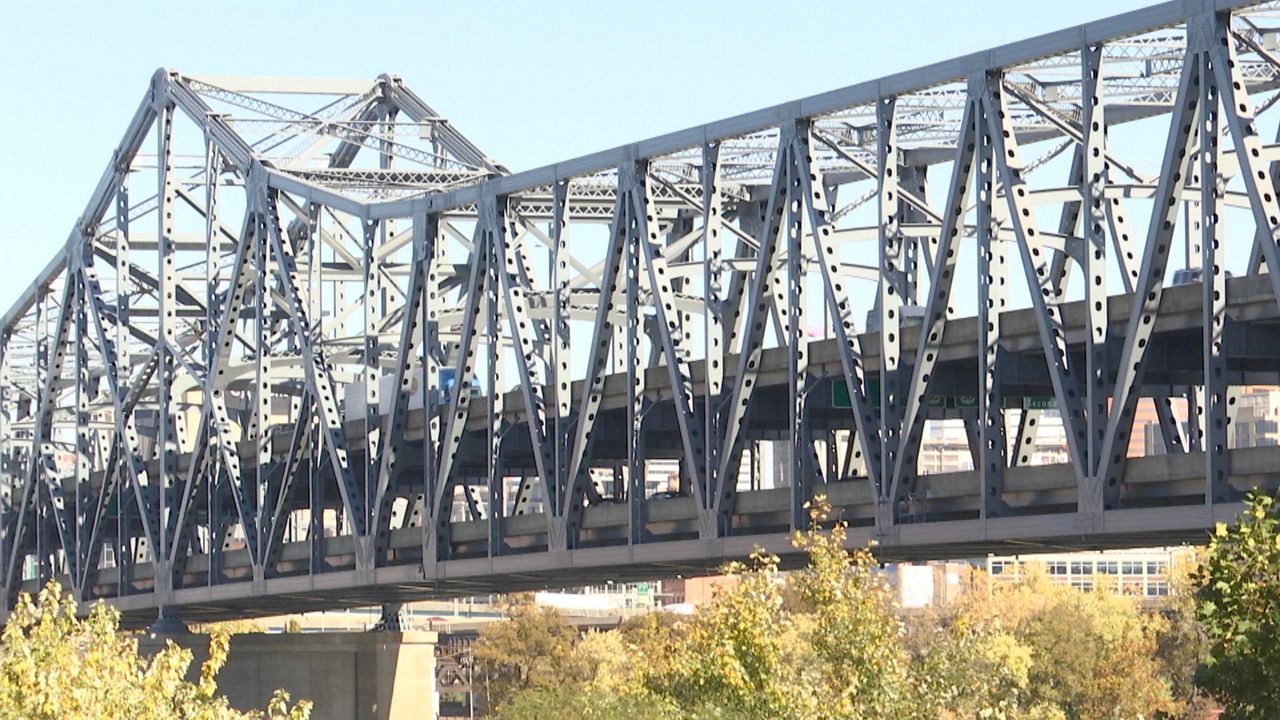 COVINGTON, Ky. — The passing of a $1.2 trillion infrastructure bill by Congress could have some massive implications in the Bluegrass State.

One of the biggest could be the funding of one of the state’s most needed projects: upgrading the Brent Spence Bridge in Northern Kentucky.

U.S. Senate Minority Leader Mitch McConnell spoke about the project in Covington Monday during a discussion on continued efforts and resources to fight addiction and help recovery programs with St. Elizabeth.

“And this’ll be the first time I’ve come up here in a quarter of a century when I thought maybe there was a way forward on the Brent Spence Bridge,” McConnell said.

For a long time that way forward has been blocked, both literally due to lane closures, and figuratively due to a lack of funding.

Matthew Carlson, of Covington, knows about the issues with the bridge all too well. He said having all of the lanes on the Brent Spence Bridge finally opening up was a big relief to him.

“It’s great man. Finally no traffic. To be able to get back and forth to work and not spend three hours one way and three hours the next,” Carlson said. “The traffic, because it’s been so bad, and it’s been shut down, it doesn’t matter which way you’re coming from. It just all backs up everywhere.”

The bridge is one of the most important thoroughfares in the country, yet it’s outlived its projected life span and takes on way more traffic than it was originally built for.

There have long been plans in place to increase its capacity by building a companion bridge, but there has been a lot of indecision, and a lot less concrete solutions on how to pay for it.

Thanks to the new infrastructure bill, that could change.

Congressman John Yarmuth (D) said he thinks it will.

“It is desperately needed. There is a package of money. I think it’s around $25 billion in the bill. It is designated exclusively for the major regional transportation issues in the country. And Brent Spence is certainly one of those,” Yarmuth said.

That would make a lot of drivers happy, including Carlson, who occasionally drives over the bridge for work.

“Ten, 15 years ago they should’ve replaced that bridge. It wouldn’t have been as much traffic then, you know,” Carlson said.

McConnell said Kentucky will get $4.6 billion in assistance for hard infrastructure. How to divide that money will be decided in Frankfort, he said.

While McConnell said he was happy to see Democrats and Republicans come together on the bill, when it comes to the rest of President Joe Biden’s ‘Build Back Better’ plan, McConnell said ‘slow down.’

“I think there may be a way forward, not only in Kentucky but across the country to deal with these long-standing infrastructure problems. Having said that, the other bill they’re trying to pass could best be described as the reckless tax and spending bill. A massive addition of another $2 trillion the country is not asking for and doesn’t want,” McConnell said.