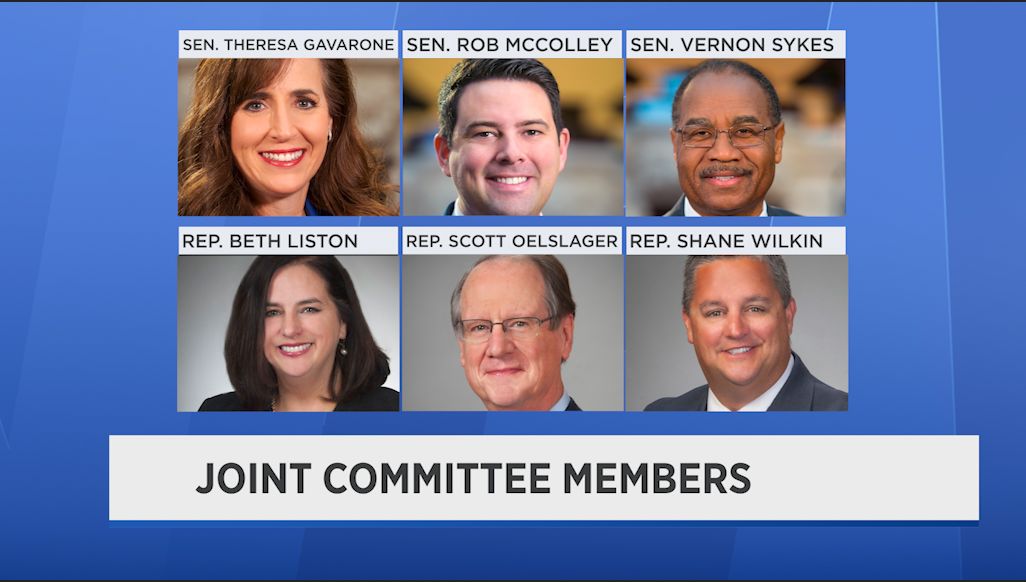 COLUMBUS, Ohio — As more is being learned about when a new congressional district map may be officially adopted, state lawmakers will continue to hold redistricting hearings to give the public a chance to weigh in on the different proposals.

The bipartisan committee made up of six members from the Ohio House and Senate that is constitutionally required to hold two hearings has been formed and will meet Wednesday and Friday. The announcement sets the stage for when we might see a compromised congressional redistricting plan.

​The Ohio Senate Local Government and Elections Committee heard a third round of testimony on Monday on the chamber's two map proposals.

Catherine Turcer with Common Cause Ohio says if the current map is 'Gerrymandering 101,' the new Republican proposal falls right in line.

"The best way to look at it is 'Gerrymandering 102.' And so, in other words, there's no 'snake on the lake' but the communities are completely divided," said Turcer.

Senate Republicans have introduced a map that keeps the GOP's grip on congressional representation higher than how Ohioans have voted over the last 10 years. The Senate Democrats' plan tries to level the playing field by bringing the margin closer to a 50-50 split.

Turcer said the process has redistricting reform advocates like her frustrated.

"We're tired but we're gonna keep going because, of course, voters deserve better. And one of the reasons this has dragged on and on is to tire us out," Turcer said.

Any official map must first go through the Joint Committee on Congressional Redistricting. Four Republicans and two Democrats from the House and Senate must come to a compromise before the full General Assembly votes on a map. Senator Theresa Gavarone, R-Bowling Green, is one of the members on the committee.

"It's important that we at least try to work together to come up with a map that will be a 10-year map so we don't have to go through the whole process again in four years," said Gavarone.

Gavarone said the key is for lawmakers to continue hearing from the public.

"At the end of the day, we may not always agree on things but I think if you're listening and hearing all sides, that can help drive a good end result," said Gavarone.

Gov. Mike DeWine recently said whatever ends up on his desk had better be a lot different than what has been introduced.

"I think it’s pretty clear neither one of these maps are going to fly. I think both of them are starting points for discussion, and I think they should be treated that way,” said DeWine.

The fourth and likely final hearings on both the Senate Republican and Democratic proposals will take place Tuesday morning. After the final hearings, the joint committee will take over.​ The General Assembly has three weeks to approve a new congressional map. The map will last 10 years if 60% of lawmakers and one-third of Democrats in the House and Senate sign off on it. Otherwise, it'll be a four-year map.