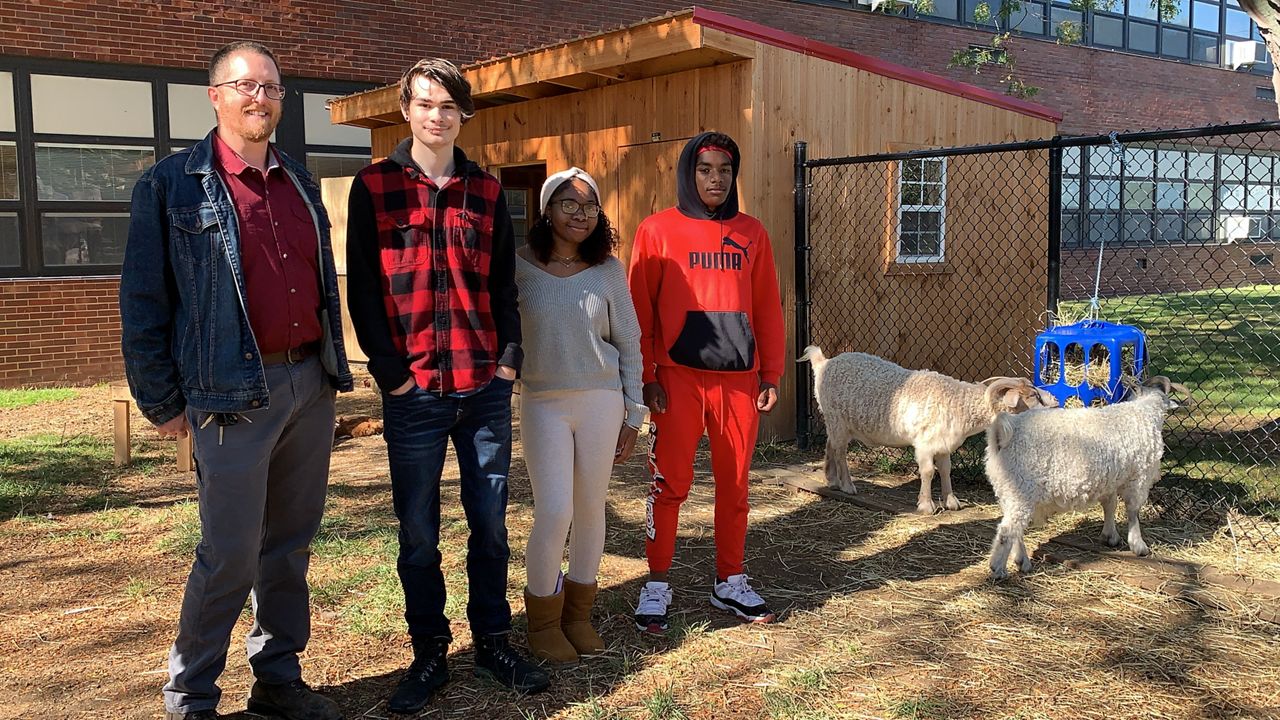 EUCLID, Ohio — On the corner of Fox Avenue and Babbitt Street in the city of Euclid sits a small farm run by students at Lake Shore Compact, a career technical consortium serving Euclid, Mentor and Wickliffe school systems. It's managed by one very passionate teacher, Joshua Stephens.

“I'm trying to push agriculture back to where it was thousands of years ago, which is right where we all were. A long time ago, everybody raised their own food. Everybody had a goat in their backyard. And we're trying to get ourselves back to that point where the people are more connected to the food they eat and the clothing they wear," said Stephens, instructor of Urban Agriculture at Lake Shore Compact. “The kids learn basic animal science in the classroom then applied animal science out here with an emphasis on small livestock production. We have chickens and goats and inside we also have an angora rabbitry.” 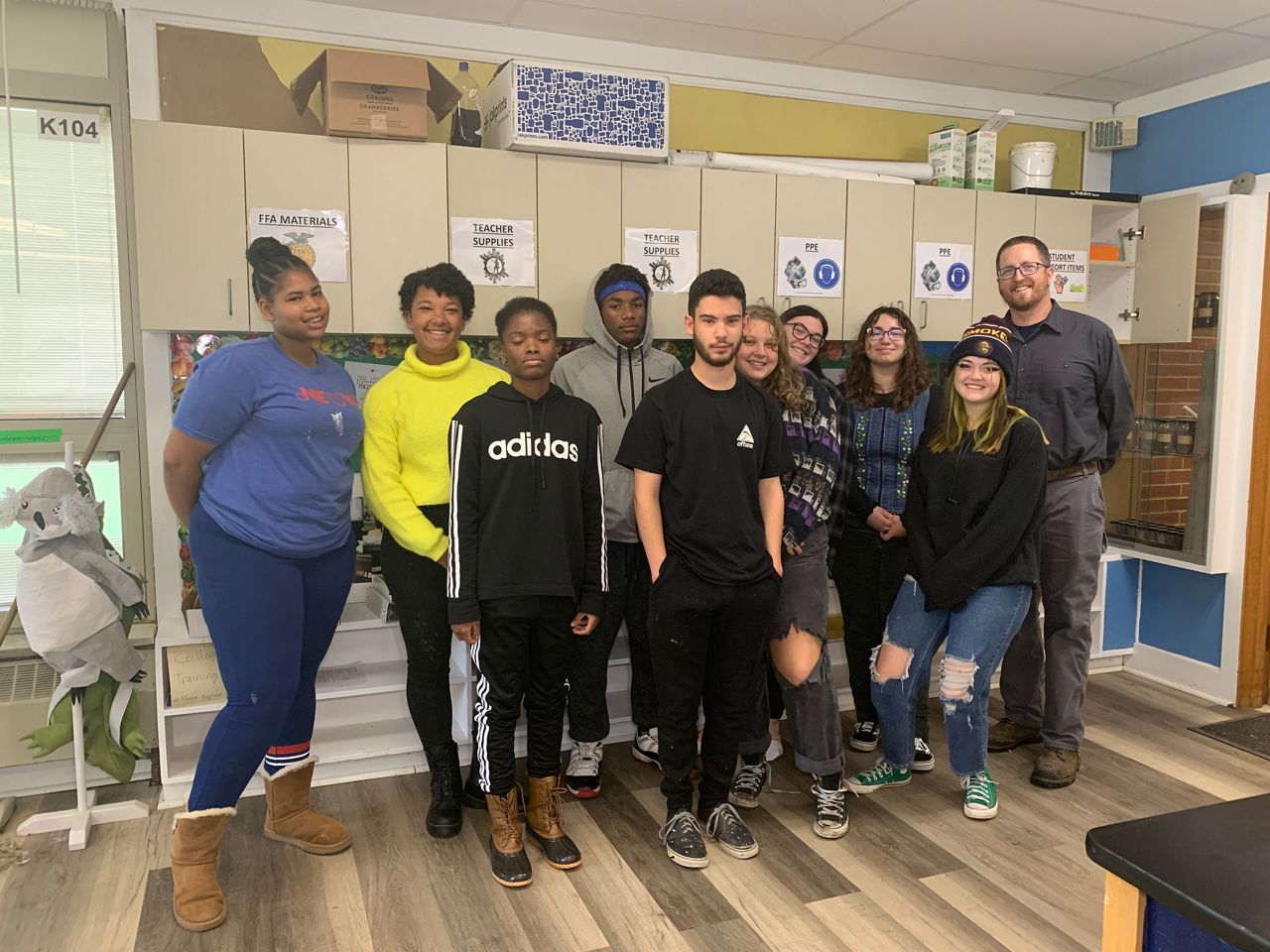 As we work to deal with climate change and a growing population, Stephens said we need to utilize all the land and resources we can. That's where urban agriculture comes into play. Urban agriculture, at its foundation, is taking unused land in a city and transforming it into something useful that gives back to the community.

“There's a lot of vacant land in a lot of cities, especially Cleveland and surrounding suburbs. How can we feed the people right here using the land that we have?” said Stephens. “It is the most critical challenge facing 21st century children is how to survive what we have already done to the climate and to reverse it. And the one key way to do that is to use regenerative agriculture, like I teach them here.”

Students like Bella Kirchner, a senior who wants to work for a national park in the future, are learning more than just how to grow crops and care for livestock.

“As you're learning how the plants work, you develop more of a caring for the environment. And you know, like how the plants grow and what they do, and it makes you connect more with Earth,” said Kirchner. 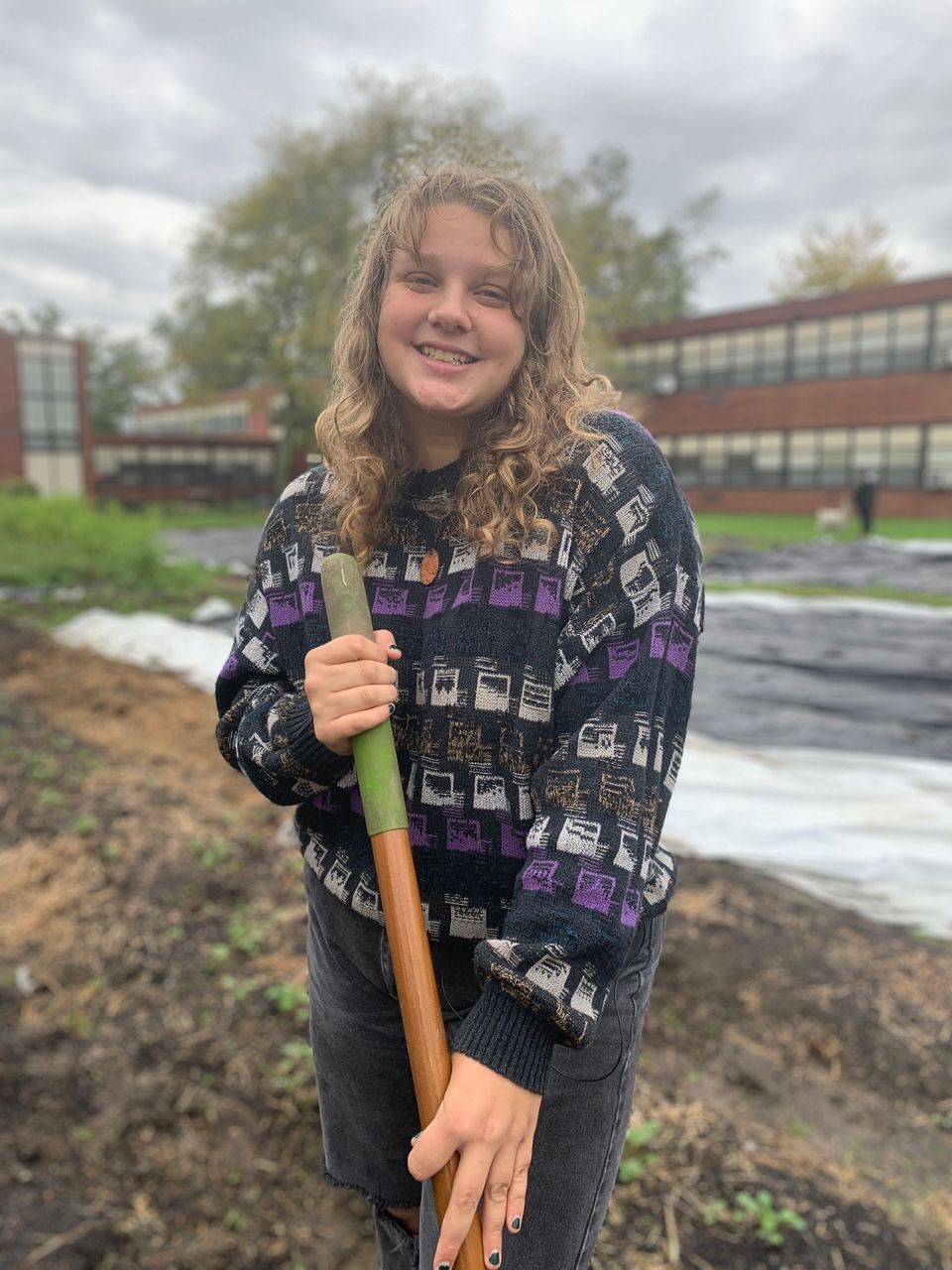 Through careful use of the land, they’re learning to fight some of the most significant problems facing humanity, climate change and food insecurity. In the next 50 years as generations of farmers retire, the world is going to need a huge number of replacement farmers. Stephens said these farmers must be trained in climate resilient practices.

“They, through their own hands and their own sweat and their own labor, they can literally change the world,” said Stephens. “And they can see it right here. You hoe a row, you keep all that carbon in the soil (and) you've just helped fight climate change in your school day. Everybody in school, they should have some part of that in it, and I'm very glad that they're able to have that opportunity.”

The Urban Agriculture Program at Lake Shore Compact is one of the only urban farm programs in the state and is the only one in northeast Ohio.

“I believe it's critical that every school in the country consider training students in some element of the climate fight,” said Stephens. “I've decided to train my students to fight climate change on the land using the soil. But we need climate activists. We need people that know how to install green power systems. We need people who are committed to solving this existential threat. If we do not turn our students on to this challenge right now, we are in for dire consequences.”

Lake Shore Compact also has one of the only breeding angora rabbitries in the United States, according to the American Rabbit Breeding Association.

“These are all fiber rabbits who are raised for their angora fiber, which is a very profitable, very soft wool. We shear each rabbit four times a year by taking very sharp scissors and cutting them down, giving them a haircut. Then right here on the premises, we also card the wool and spin it into yarn. We then sell the yarn to local fiber artisans,” said Stephens. “It's a good skill that not a lot of people have to be honest, but it's in high demand. And this is an occupation that kids could get into full-time or as a part-time job, or just as a lifelong hobby, and they can start it right here.” 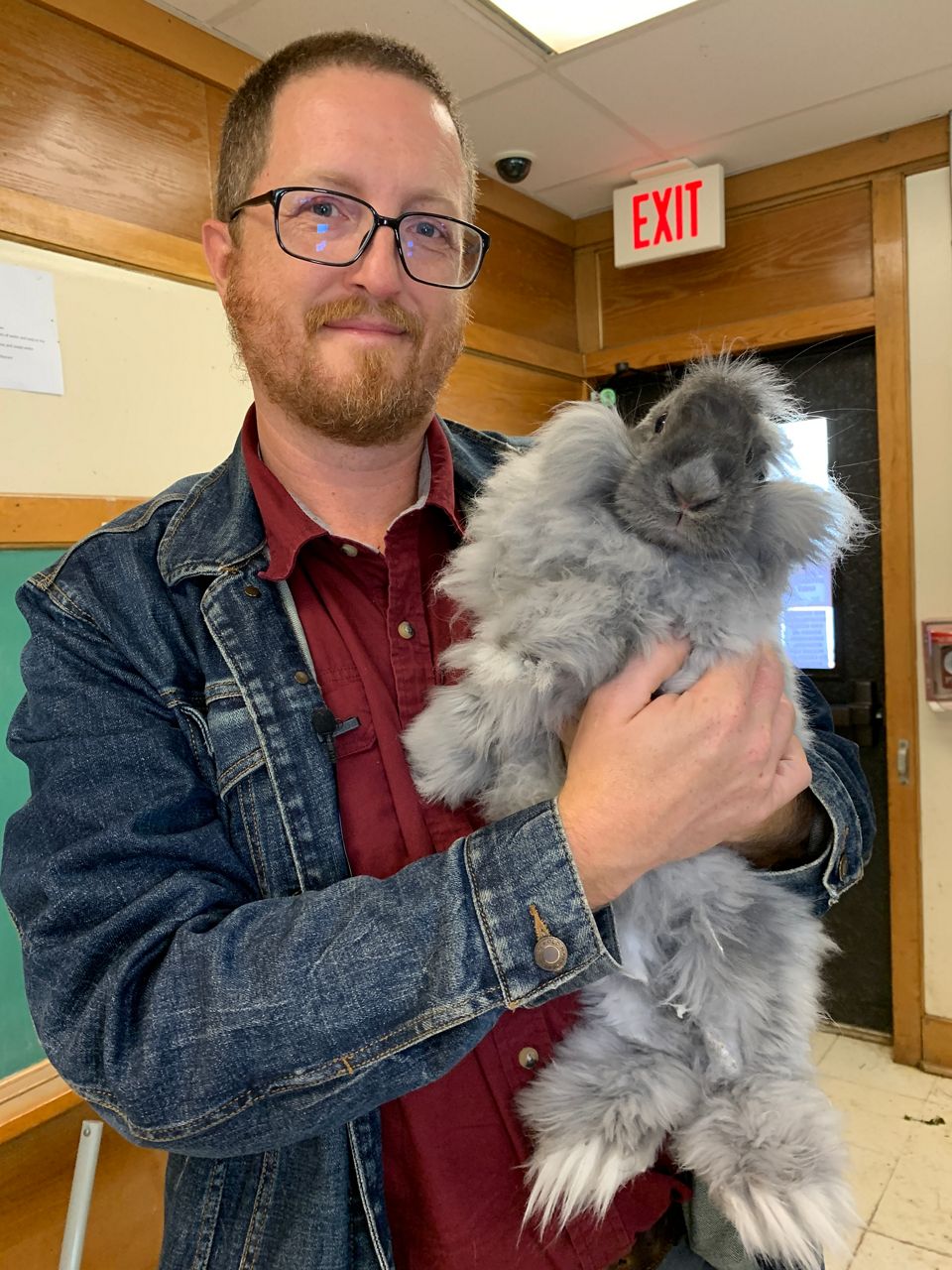 The students are learning to use the land around them to care for their community and the environment.

“A lot of times when you're at stores, the vegetables and fruits, they're more expensive than the bag of chips,” said Kirchner. “And if we're able to be here to provide something that's cheaper and easier to access, then I think that would be a really good way to make our community better.”

The students are becoming agents of change in hopes of building a better future.

“I want to make the world a better place, like it would be really nice to be able to be someone who contributes to the major solutions to our planet,” said Kirchner.

“Without urban agriculture and these students who have these skills, we will struggle to address climate change and other challenges as we move forward,” said Stephens.