CINCINNATI — For the first time in a year and a half, thousands of runners will flood the streets of Cincinnati and Northern Kentucky as they take on the Flying Pig Marathon.

After a cancellation in 2020 and a postponement in 2021 due to the coronavirus pandemic, runners like Letha Smedley hope the excitement, energy and anticipation help push them through the upcoming 26.2 miles. 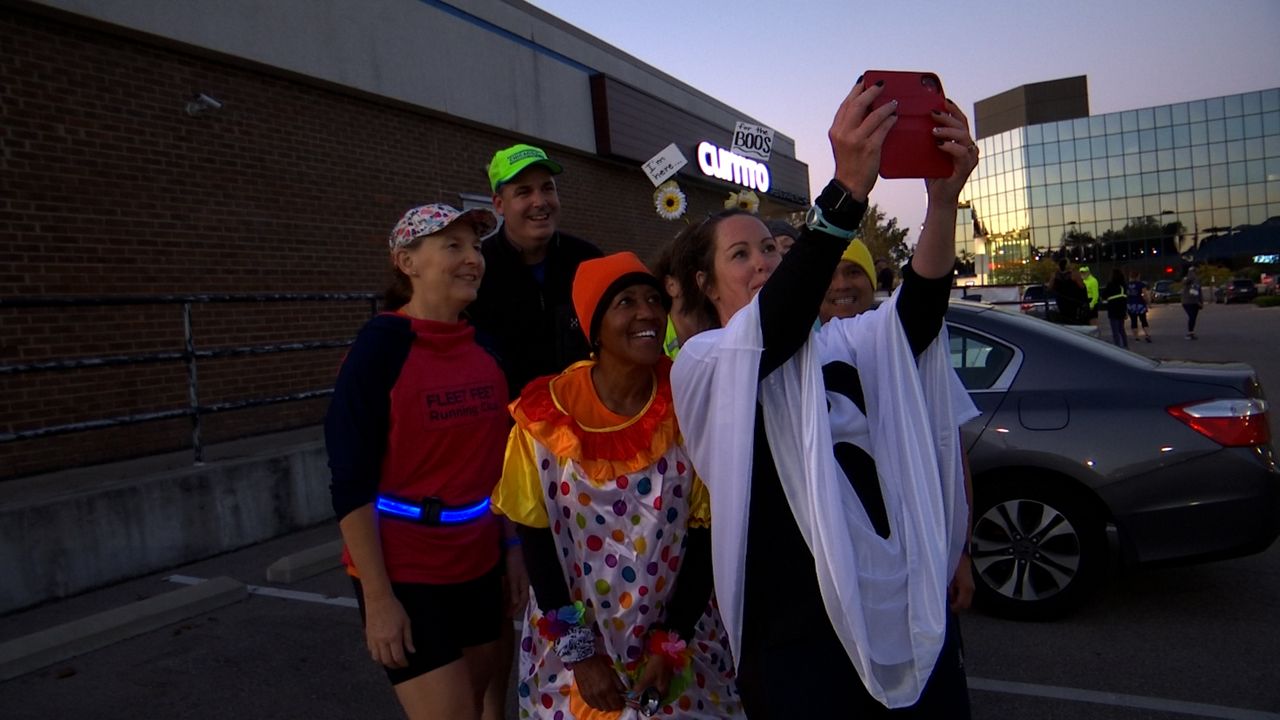 Smedley and Campa celebrate after their last training run.

For the past 17 weeks, Smedley has been training with Fleet Feet for her first-ever in-person marathon, a feat she never expected to accomplish four years ago.

“Never, never, ever did I think I would be a runner,” she said.

Smedley started running with Fleet Feet in 2017, a few years after her retirement in the hopes of finishing a 5K.

After she crossed that finish line she said she just kept running.

“Oh boy, it’s been blood, sweat and tears,” she said. “Well into my 60s, I never knew that this is something I could do.”

Smedley credits the coaches and friends she’s met while training with her new newfound love of running, including her current mentor, Amy Campa.

“We didn’t know each other before we started running,” Campa said. “You spend a lot of time together logging a lot of miles.”

A school teacher and veteran runner, Campa believes she and Smedley likely would have never met had she not become her pace leader, tasked with cheering Smedley on and helping her go the distance.

“She really does keep you uplifted,” Smedley said. “She’s encouraging because sometimes it’s hot, we get rained on and she’s there cheering you on.”

Campa is preparing for her fifth Flying Pig Marathon, aiming for a time around five and a half hours with Smedley and others who trained with her. 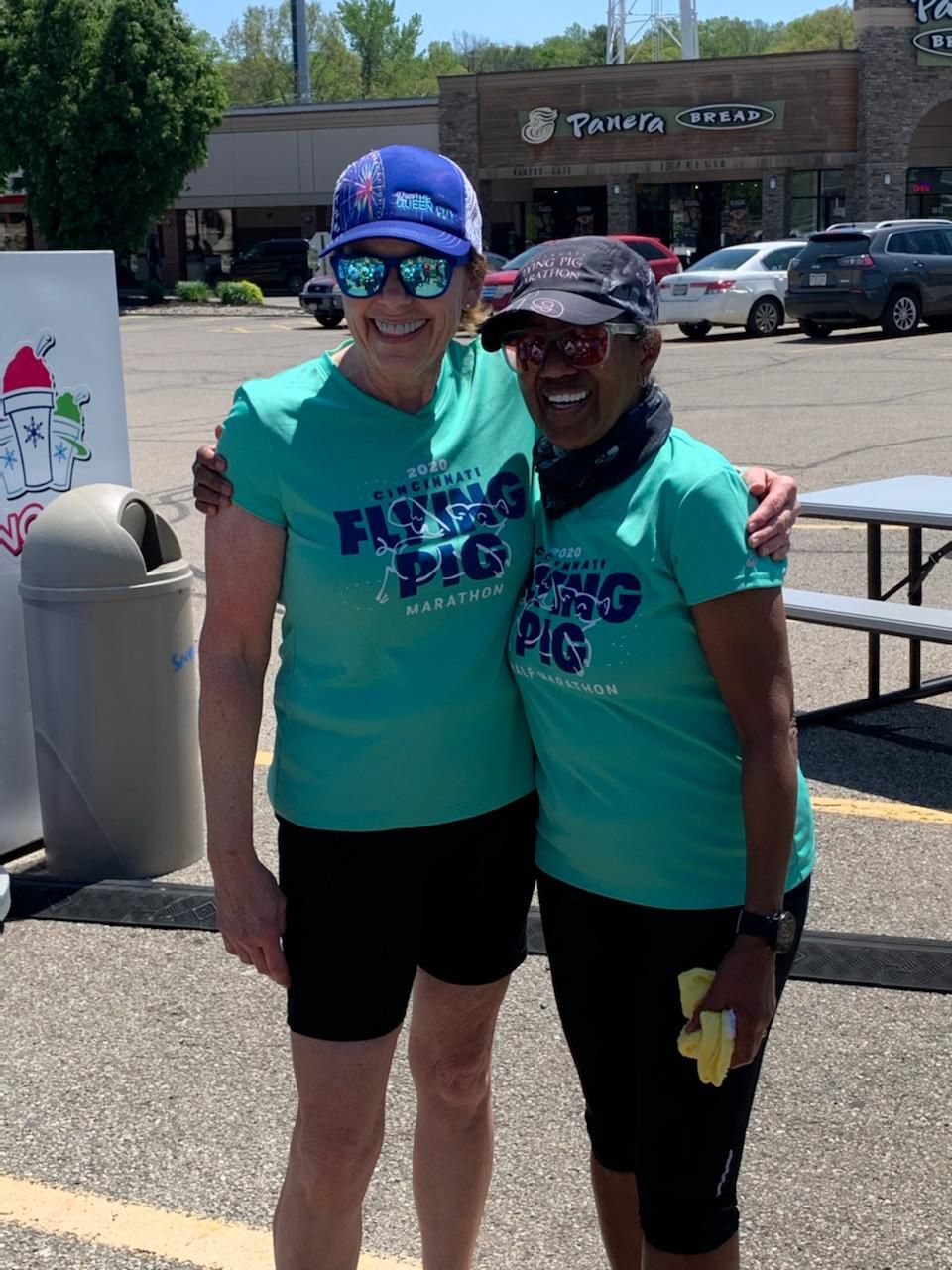 Smedley after finishing her virtual race.

Having both run the virtual race in May, Campa and Smedley know they’re capable of going the distance, but they believe Sunday’s energy and crowds will mean October’s Flying Pig is a different beast.

After weeks of training together and months of anticipation, the pair believes running can be a team sport. So when they get to support each other Sunday morning, they said crossing the finish line will feel all the more satisfying.

“As much as Letha thinks I motivate her, the group does the same for me,” Campa said.

The Flying Pig Marathon weekend runs from Oct. 29 to 31, starting with the Fifty West One Mile Sprint and culminating in the marathon Sunday morning.

Race organizers expect more than 40,000 runners between all the different races.