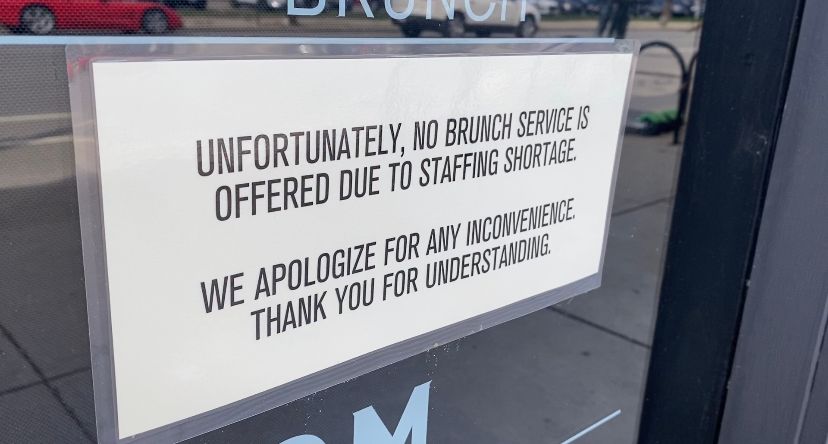 ​"We’ve been working since December of 2020 for us to get back up to a healthy staffing level for us to open all of our business, and have not gotten close to that point,” said Szuter.

The state’s unemployment remained at 5.4%, the same as August, according to the Ohio Department of Job and Family Services September job report.

With plenty of jobs to fill, Szuter believes the disconnect lies in worker conditions.

"More than anything, we’ve had people reevaluate what work means for them, especially in industries in hospitality where we did not treat our workers as well as we should have.”

Michael Shields, a researcher with progressive think tank Policy Matters Ohio, said more should be done by the government to encourage people to get back to work.

"If policy makers want to get serious about putting Ohioans back at work, they need to implement COVID safety protocols and they need to invest in childcare which means child care workers,” said Shields.

On the other side, Executive Director of the Economic Research Center at the Buckeye Institute Rea Hederman feels it has been a productive month in the job market, despite the unemployment rate staying the same.

"The reason why the September job report is better than it looks, even though unemployment stayed the same, is because people came back to work and they were able to find jobs so the unemployment rate did not change,” said Hederman.

He said there are plenty of jobs in the market, but not enough people who want to fill them.

"We’re in a period right now of unprecedented demand for workers so a lot of workers are getting the chance to ask for more money,” said Hederman.

Szuter is seeing the same trend. That’s why he’s raised his minimum wage to $15 an hour. He’s also raised the wages of his employees that already made that.

“If this is an opportunity for workers to demand more and get more. I think that’s good for everybody,” said Szuter.

According to the U.S. Bureau of Labor Statistics, in September, the national unemployment rate was 4.8%.