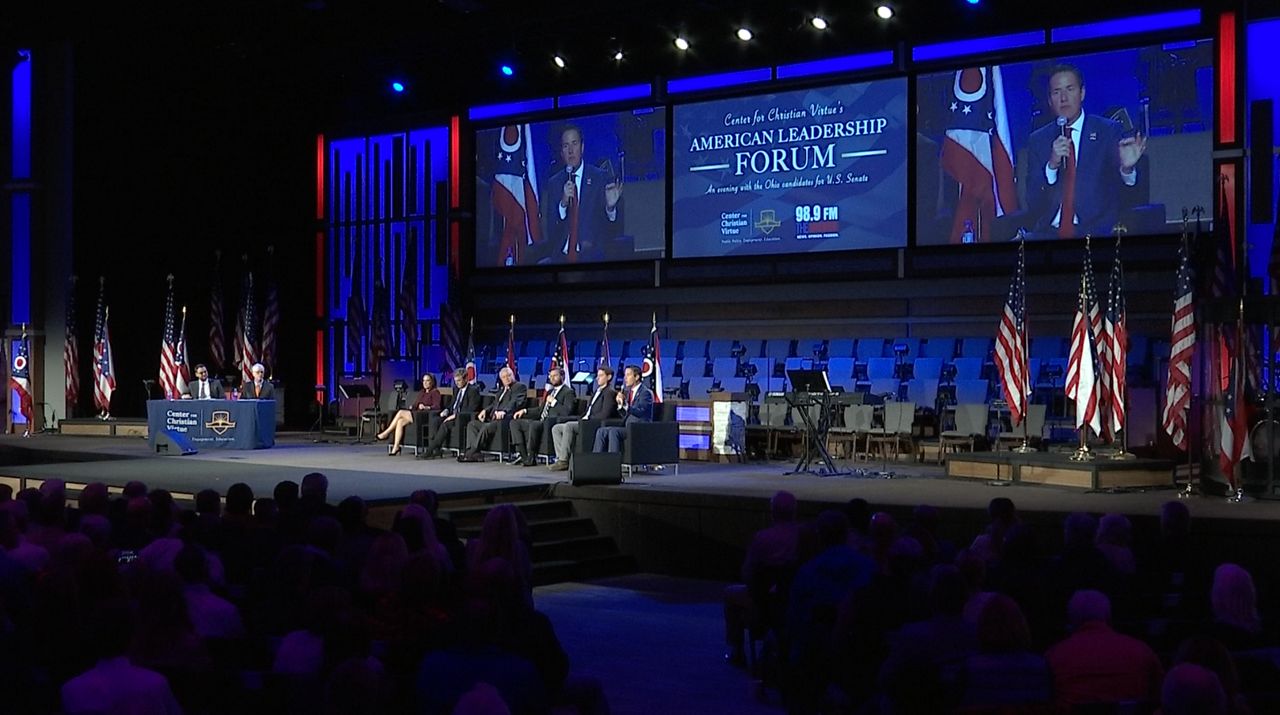 WESTERVILLE, Ohio — In a Baptist church in the Columbus suburb of Westerville Sunday night, a debate over the future of the Republican Party played out before nearly 1,000 conservative voters.

The six major Republican candidates for Ohio’s open U.S. Senate seat appeared together for their first forum, offering a glimpse into how one of the first statewide GOP primaries in the country is playing out since former President Donald Trump left office.

“I believe the election was stolen from Donald J. Trump,” he told the crowd, earning applause.

On the other end of the spectrum, Ohio Sen. Matt Dolan is the sole candidate running on the image of retiring Sen. Rob Portman (R-Ohio), a more moderate dealmaker.

“I may not be the best at getting you to stand on your feet and applaud, but I can get things done,” Dolan told the audience.

“I think we have to be willing, as Republicans, in a general election to hammer the left on how crazy they’ve gone on social issues,” Vance told the crowd.

Moreno, who is a Colombian immigrant, talked about the U.S.-Mexico border.

“This is an intentional invasion of our country,” he said. “I’m glad to hear my opponents say that. I’ve been saying it since the day I announced my campaign.”

And Gibbons, the investment banker, talked about being against the $1 trillion bipartisan infrastructure bill that Portman helped write, but Trump is against.

“I would not have supported the infrastructure bill. This country is broke,” he said.

This Republican primary has the potential to set the tone for messaging and priorities in other races across the country. And while Trump is still deciding who he’s going to endorse, every candidate is pledging to stay in for the foreseeable future.

All six did say they would accept Portman’s endorsement, but most spent the night catering to the Trump base — even arguing that pushing back against "establishment Republicans" is a higher priority than going after Democrats.

“The more important fight is the fight for the soul of the Republican Party,” Mandel said.

Dolan, though, countered that his more moderate approach helped him out-perform Trump twice on the ballot in his state Senate district.

“That means I can attract Trump Republican votes and the necessary independent votes it’s going to take to win in November and lead in January,” Dolan said.

The winner of next May’s primary will likely take on Democratic Congressman Tim Ryan.