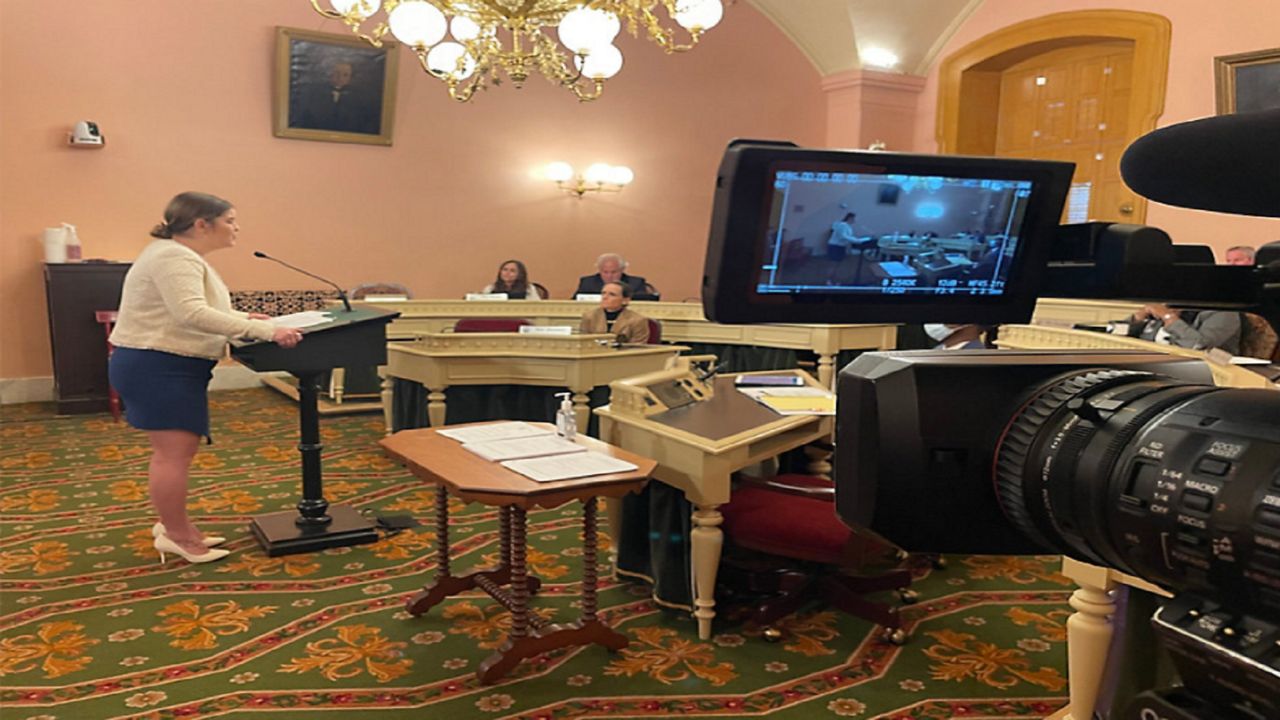 “Just relief and, you know, further motivation to keep moving,” said Boyd. “We have more steps.”

​House Bill 3 expands penalties for domestic violence, including strangulation as a crime. It would allot $150,000 in funds to the Ohio Peace Officers Training Academy curriculum and training. Tools would also be put in place to inform survivors of assault of their rights, like seeking medical attention.

The bill would also require police to conduct a “lethality screening” or questionnaire to determine the level of threat to the victim and next steps.

It’s named after Aisha Fraser, who was killed by her ex-husband, Lance Mason, a former Cuyahoga County Judge, in 2014. He had previously served prison time for domestic violence.

“We know that she was strangled, and, you know, now she’s gone, so we know what strangulation means,” said Boyd.

The bill has bipartisan support, being sponsored by Boyd, a Democrat and Rep. Sarah Carruthers, a Republican.

Shelby Lieber, a resident advocate at the Battered Women’s Shelter of Summit and Medina Counties, came to the Statehouse to testify in support.

“A lot of my survivors are coming in that are survivors of strangulation and they don’t feel they had a voice,” said Lieber. “I had to do this for them.”

She was emotional after the bill passed through committee, happy lawmakers are listening.

“It means that Ohio is finally listening to our survivors and finally making us a state that survivors can feel safe and welcome in,” said Lieber.

House Bill 3 is now headed to the House floor.