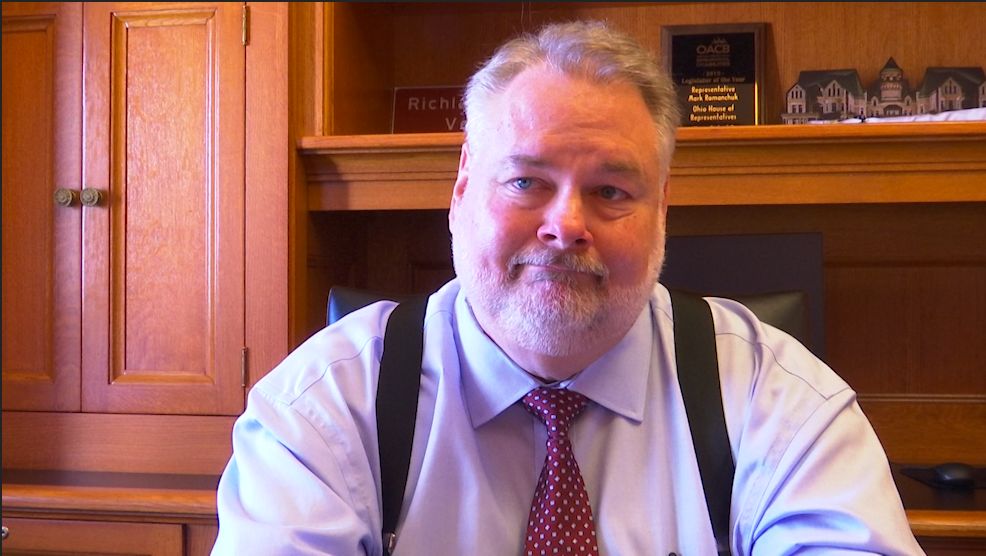 Senate Republican Mark Romanchuk, R-Ontario, is one of the Ohio lawmakers wanting to end the coal subsidy.

COLUMBUS, Ohio — A group of bipartisan lawmakers in both the Ohio House and Senate is sounding off after House Speaker Robert Cupp, R-Lima, said he does not see a lot of support to remove the coal subsidy from House Bill 6, the bill at the center of the state's largest bribery scheme.


Lawmakers have gotten rid of the $1 billion nuclear bailout to FirstEnergy, but the speaker said a coal subsidy attached to the bill may be here to stay.

House Bill 6 is most notoriously known for the $61 million bribery scheme federal prosecutors said helped secure a $1 billion nuclear bailout for two state power plants that were operated by a subsidiary of FirstEnergy. And while the General Assembly got rid of that, Cupp said he thinks that is where the picking apart of the bill might stop.

"I don't think there's a lot of support for addressing those issues. They are a lot more complicated than it gets reported," said Cupp.

One of several remaining issues with House Bill 6 is a coal bailout the bill assured to the Ohio Valley Electric Corporation, or OVEC. Ohioans are paying more than $200,000 per day to save two OVEC coal plants from the 1950s, one of which is in Indiana, according to the Ohio Consumers' Counsel.

House Republicans Reggie Stoltzfus, R-Paris Township, and Laura Lanese, R-Grove City, have introduced House Bill 351 to stop the subsidy and get a refund for ratepayers. Senate Republican Mark Romanchuk, R-Ontario, is working with Democrat Hearcel Craig, D-Columbus, on Senate Bill 117 to do the same in the upper chamber.

"I don't think it's complex. And by the way, it's our job to unravel complex," said Romanchuck.

Romanchuk said he and Craig are working on a backup plan to try drum up more Republican support. He also said the cost of the coal bailout is exceeding original expectations.

"It's at $150 million a year,” said Romanchuk. ‘It's on track to be more than the nuclear subsidy bailout that was part of House Bill 6. So we're talking about a lot of money that harms our economy and it harms Ohioans.”

Prior to House Bill 6, utilities already had the opportunity to attach charges for OVEC. However, the bill capped the amount at $1.50 per month. Sponsors of the bill do not believe OVEC should get anything and are working to make sure the state cannot reinstate the charges.​

As for the money that's leaving Ohio, House Democrats Casey Weinstein, D-Hudson, and Jeffrey Crossman, D-Parma, recently went on a road trip to follow its path.

The two wanted to go into the plant in the city of Madison, Indiana but were told to leave by an employee. Instead, they met with the mayor whom Weinstein said had no idea about the bailout. After getting back, Weinstein believes it is only a matter of time before the subsidy is repealed.

"I think over the coming weeks and months, as investigations into the origins of HB6 continue and expand, there will just be added pressure on this. And I think ultimately it'll get to a point where the speaker will have to move this forward," said Weinstein.​

As Romanchuk and Craig keep working on the Senate substitute bill, the chair of the House Public Utilities Committee, Jim Hoops, R-Napoleon, said there will be at least one more hearing on the House Bill next week for opponent testimony.​