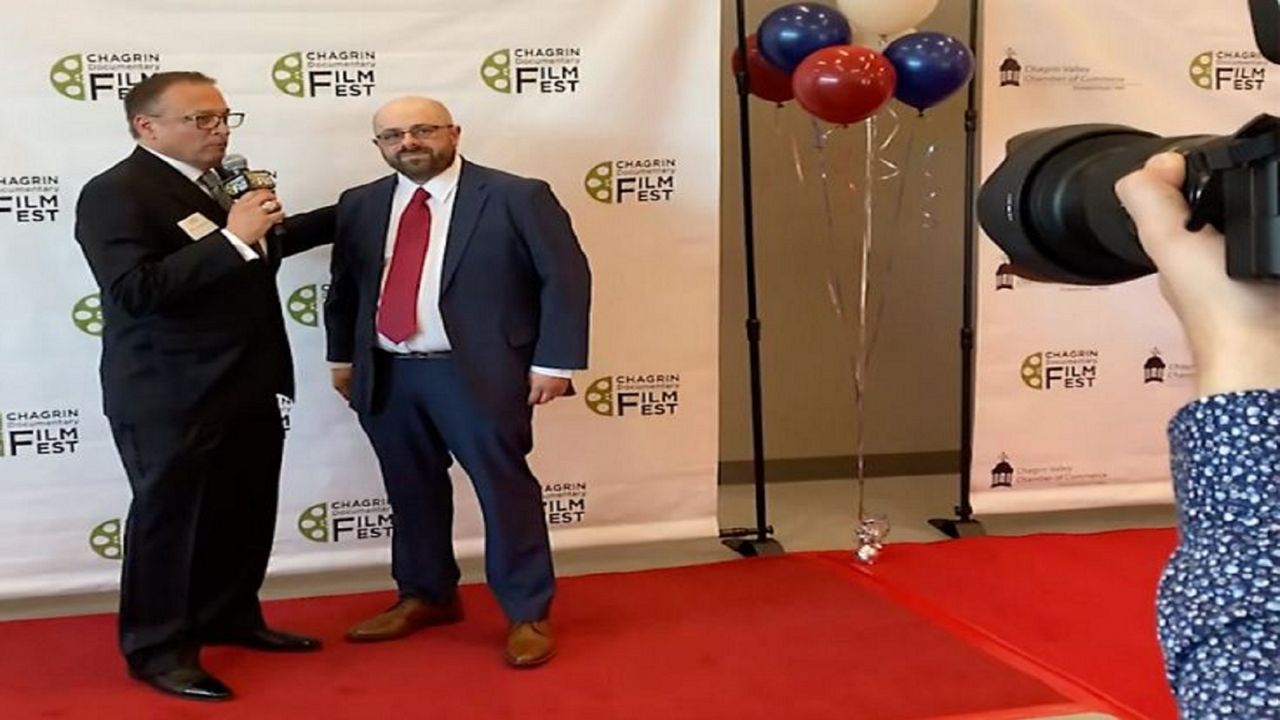 Ninety-seven films are being shown in person and virtually from now until Oct. 10.

“We are welcoming filmmakers from all around the world," said executive director Mary Ann Ponce.

On opening night, the festival got to highlight a filmmaker from Elyria.

An incredible Day 1 at CDFF! It was so great to see filmmakers and documentary fans returning to Chagrin Falls 😃 pic.twitter.com/QVYfXSxWZa

Andy Billman is the director of War on the Diamond. The film is based of the book "The Pitch that Killed." It tells the story of a Cleveland Indians baseball player.

"On Aug. 16, 1920," Billman said, "Tragically, Ray Chapman dies from a pitch from Carl Mays. What we do is retell what happened that day, why things happened, and in my opinion, what started a rivalry between the Indians and the Yankees.”

The festival comes together each year thanks to the work of the organizers and volunteers.

“It’s such an amazing community event," said Ponce. "So many people from so many levels of the community come together to make it happen, we cannot do this without a tremendous number of volunteers. There’s just a lot of heart behind it.”

The festival draws filmmakers from all around the world, some of whom traveled as far as Israel to show their work.