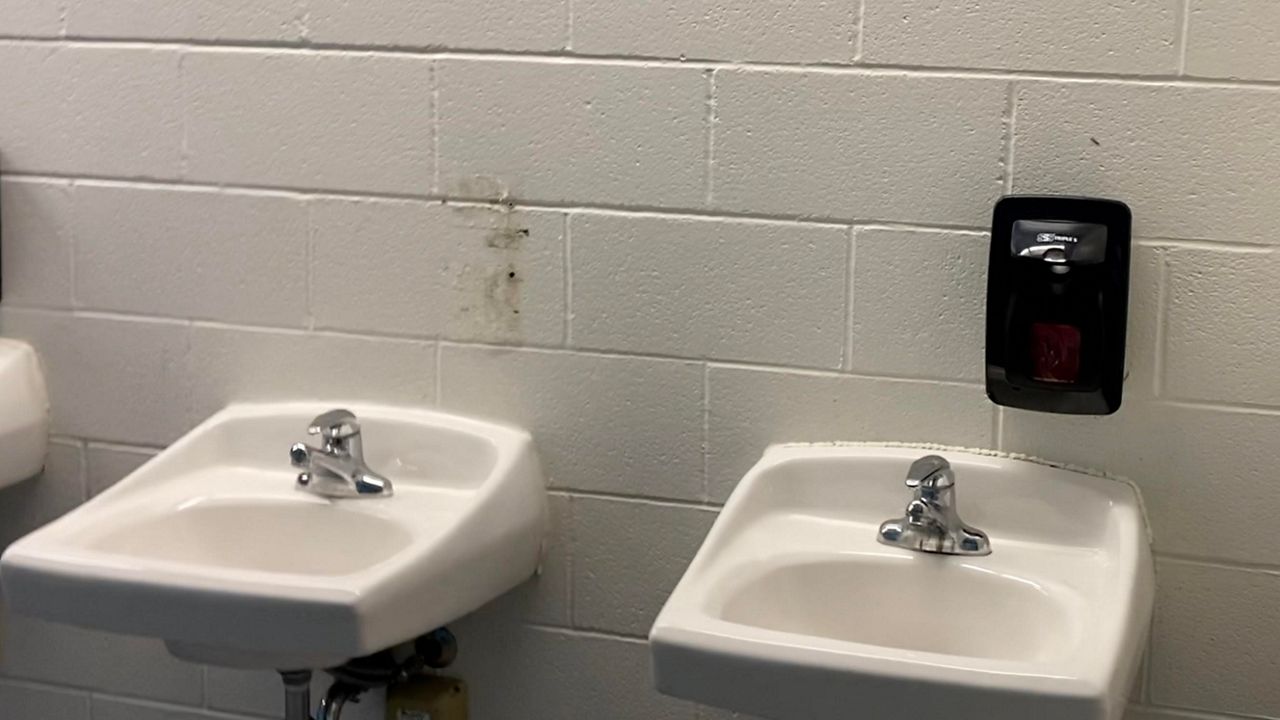 BURLINGTON, Ky. — A destructive viral TikTok trend has led to damage at schools across the country.

In Boone County, eight students are now facing criminal charges after police say they participated in the trend.


It’s called the “devious licks” challenge, and after students have piled up millions of dollars in damage across the country participating in it, TikTok has banned the challenge from its platform. “Lick” is slang for theft.

“It's based on a points system. They’re going into bathrooms. That's what’s most common. Stealing soap dishes, hand dryers and then also causing a lot of destruction,” said Lt. Philip Ridgell, public information officer for the Boone County Sheriff’s Office. “It makes really no sense to be quite honest with you. I mean, the behavior is inexcusable and destructive. And really has no legitimate purpose.”

“These kids are doing it for their own viral moment. For likes, shares, views, what have you. But unfortunately it’s caused a lot of destruction, and there are some that will be facing serious consequences,” Ridgell said.

Ridgewell said eight students in Boone County schools are facing criminal charges for participating in the challenge. The charges are for criminal mischief and theft.

Stephanie Hagerty, principal of Camp Ernst Middle School, said “devious licks” have been a big problem at the school in recent weeks.

“We got alerted to something on TikTok called the devious licks, which is what everybody’s been experiencing. It all happened so fast and simultaneous that I don’t think anybody administration wise or teacher wise even realized it was happening everywhere,” she said. “At first I thought, 'What is happening here? This is crazy.' But then, just a couple conversations with others, it was obvious that it was happening all over the place.”

Hagerty said it didn’t take long to figure out why kids were doing it.

“They do it because it’s funny. They get laughs from their peers, and that’s what kids do. But a couple of times into it, we didn’t have to ask, 'Why are you doing this?' We understood there was a challenge out there. So initially the challenge is for the laughter. But then it’s just, we’re going to keep going,” she said.

The school even had to shut down some of its bathrooms.

Hagerty said it’s something only about 5% of students participate in.

Teacher Autumn Kiefner came up with the idea to reward the other 95% for acts of kindness, and so far, she said it’s been successful. The system is point-based. Students have already completed more than 50 acts of kindness.

“If these students are really wanting to get attention or street cred, or whatever, on TikTok, why don’t we flip it and have a positive challenge? Because we can give the attention to the kids who are doing the right thing anyway,” Kiefner said.

Recently our schools have been dealing with some student behaviors that have become very disruptive to the school day. You may have seen reports about this behavior on social media or in the news as kids are making Tik Tok videos and posting them. The most recent trend is called the “devious lick” challenge where students are encouraged to single out other students in a derogatory manner such as “barking” at them, stealing or destroying school property and posting it. This behavior is taking place in school districts nationwide where students are allowed to have cell phones with the Tik Tok [App].

This behavior will not be tolerated and will be dealt with accordingly. Destruction of school property will result in school discipline being applied to the fullest extent, including paying restitution for property that has been damaged or destroyed and possibly being criminally charged by our local police or sheriff’s department.

Please talk with your child/children about respecting their fellow student peers and school property and make them aware we are taking a zero tolerance stance on this behavior.

We have provided some resources for parents below from Common Sense Media:

This resource has not been updated to reflect “devious licks” but the information for parents/guardians is applicable to any viral challenge.

Our goal every day is to provide an environment that students can feel safe to learn and socially form relationships with other students and staff.