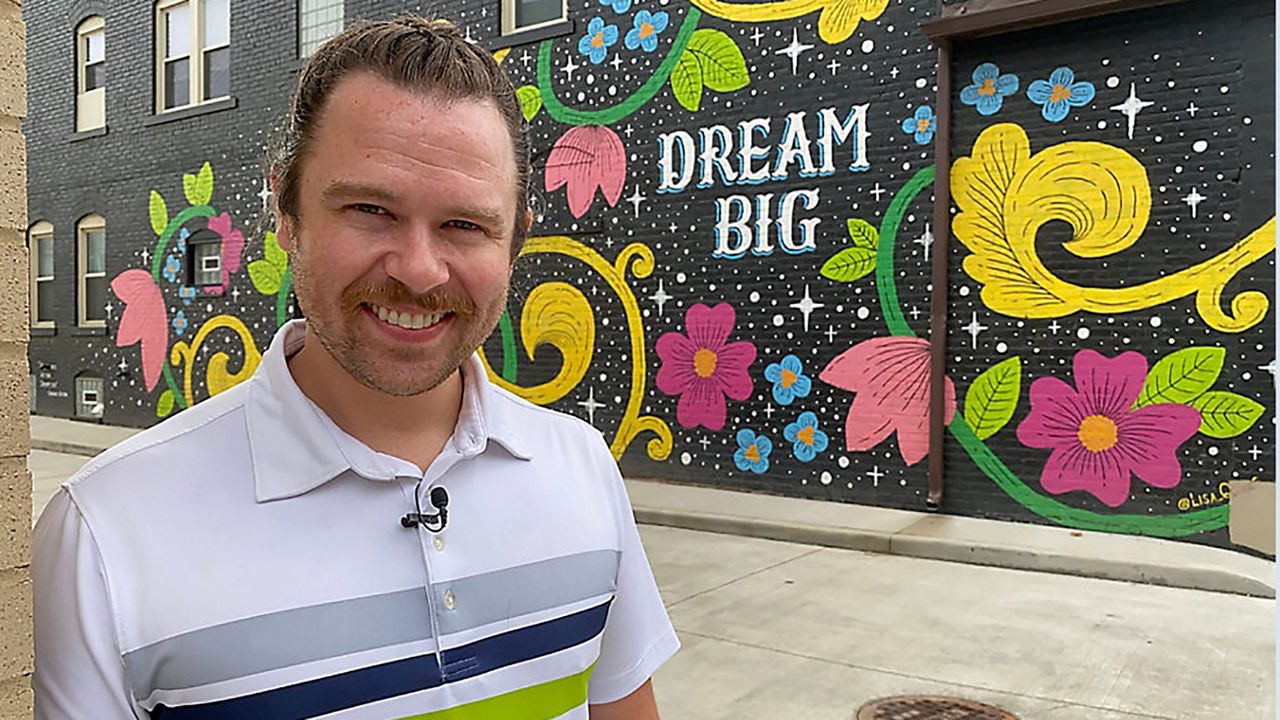 CLEVELAND — September is National Recovery Month and more than 20 million Americans consider themselves in recovery from a drug or alcohol use problem.

For decades, SMART Recovery, which stands for Self-Management and Recovery Training, has helped people battling addiction.


The northeast Ohio nonprofit has a global footprint and thousands of volunteers that make it happen.

Addiction is a pervasive problem that disproportionately affects the LGBTQ community and a new in-person SMART Recovery support group at the LGBT Community Center of Greater Cleveland aims to provide a safe space for everyone.

“I think Cleveland is going to be home for a while," said Thomason.

He moved to the area with his boyfriend a little over a year around local coffee shops like Gypsy Beans have helped him find a sense of community.

“Coffee will bring just about anyone together," he said.

Thomason has moved around a lot and he said changing his scenery was a way he hid from himself.

“I was under the impression that if I moved far enough away from my hometown that I would leave all my problems back there but problems don’t work like that funny enough," said Thomason.

There were two main battles he was facing, but both were intertwined.

“I remember having that conversation with my mom and she wanted me to go see a therapist, and I had to explain to her I’m not broken. There’s nothing wrong with me. I don’t need to be fixed. I’m OK. I’m just different," said Thomason.

Growing up in Georgia as a gay person wasn’t easy.

“Growing up in the Bible Belt, you keep hoping it’s going to go away. You pray and hope you wake up and you’ll be different,” said Thomason.

He said that internal struggle in some ways led him to alcohol.

“People forget you don’t just come out once you have to come out every single day," said Thomason. "Dealing with that on a daily basis you look for a way to check out and I started drinking and that was my way of checking out. Realizing that, having that burden lifted even if just for a little while.”

He said at his lowest point he checked himself into rehab.

"I decided I was someone worth saving," he said.

Now, it’s been four years since his last drink and he’s fulfilling a dream. He runs a new support group designed for the LGBTQ community through SMART Recovery, an international nonprofit that helps people overcome substance abuse and addiction. The organization is based in Mentor.

“It’s a safe space for everyone which is exactly what I wanted," he said. “We use cognitive behavioral therapy, rational motive behavior therapy, and a couple other things. Rather than condemning a person for the behavior we like to help them understand the behavior.”

After months of meeting virtually, the weekly meetings are now in person at the LGBTQ Community Center of Greater Cleveland.

“We had a really good turnout," said Thomason.

“If we’re going to be this statistic then we’re also going to be our own saviors,” said Thomason.

Looking back on photos is a great way for Thomason to reflect on how far he’s come and where he plans to go.

“I bought a house, bought a car. I graduated with highest honors. I started grad school. I got a job. I’ve seen three different states now," said Thomason. “Everything I didn’t think possible, I’m able to mark off my list this year.”

SMART Recovery is not a program just for LGBTQ individuals, it is for anyone working to overcome addiction.

There are all kinds of support groups for all kinds of people — some are geared toward veterans and first responders for example, as well.

Thomason told Spectrum News that at the first meeting held at the LGBT Community Center, none of the people who came identified as LGBTQ which he said is a great sign that everyone feels welcome.

State Outreach Director Michael Hooper stressed that SMART Recovery is science and evidence based and works well in tandem with other programs.

“You don’t have to give up anything that you're already using that’s effective. About 31% of the people that practice SMART Recovery not just here in the United States, but around the world, practice another form of recovery," said Hooper. "One of the things that we’re proud of about our organization is that the participant does not have to change for the program, the program will change for them. So, by figuring out what is important in their lifestyles by identifying their hierarchy of values for instance and where their recovery goals want to be in the future, we can then tailor the recovery program around their particular needs which makes it a very unique program.”

SMART Recovery hopes to spread the word that resources are available and healing is possible.