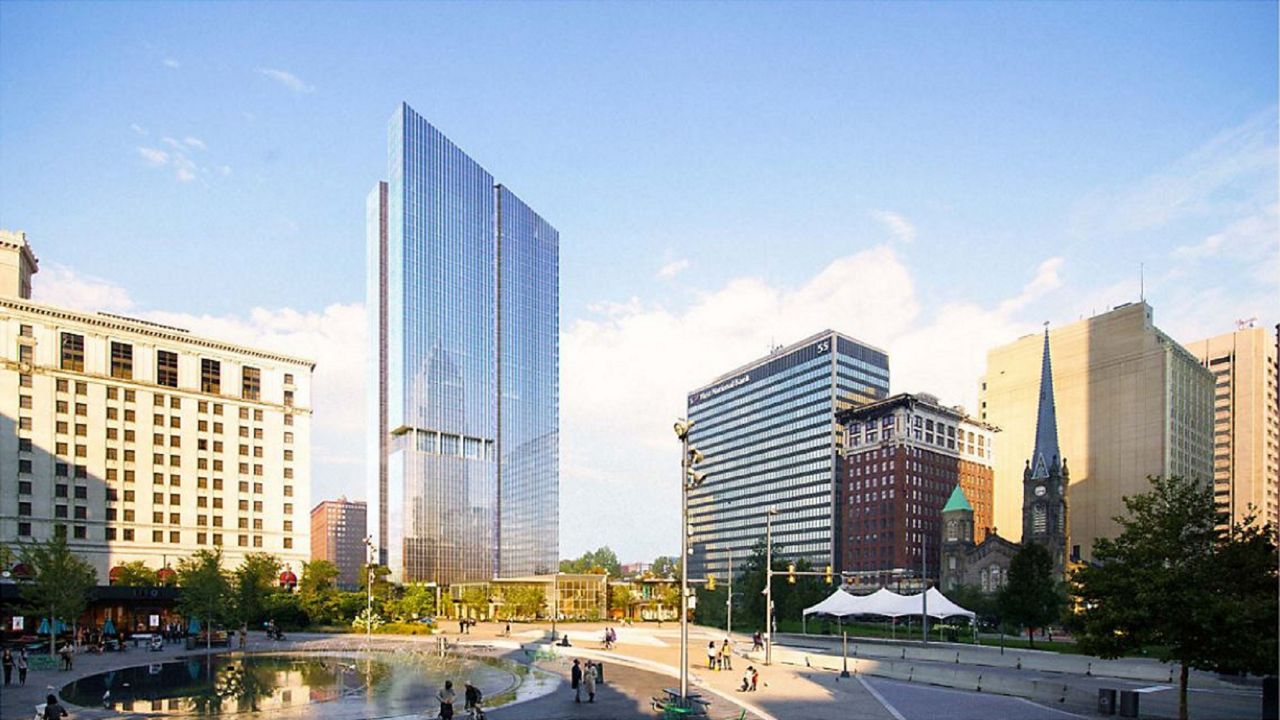 A rendering of the new Sherwin William's headquarters in Cleveland.

CLEVELAND — Sherwin-Williams has major plans to shake up the area near Cleveland's Public Square.

The space is a familiar stop for tour guide Scott O’Con. He said adding Sherwin-Williams' headquarters will be a positive addition to the city's skyline.

While he takes people all around the city, one side of Public Square isn't much to look at.

“It’s a sea of parking lots it’s kind of boring and unimpressive,” he said.

Sherwin-Williams plans to change that with a $300 million project featuring a 36-story tower, along with parking garage and scenic pedestrian views.

O'Con noted the other changes happening around the projected build site, like nearby office buildings converting into apartments.

"The building here, 55 Public Square, there is a project to convert part of the building into apartments, in the Rockefeller building, which will be on the opposite side of where the headquarters is being built,” O’Con said. “The intent is to convert that into apartments as well. There’s a huge growth of apartments in downtown Cleveland, but in this area the Sherwin-Williams project it’s really spurring a lot of that.”

At a joint meeting between Sherwin-Williams and the city of Cleveland on Tuesday, city officials agreed to set a date for a final review of plans as Nov. 30.