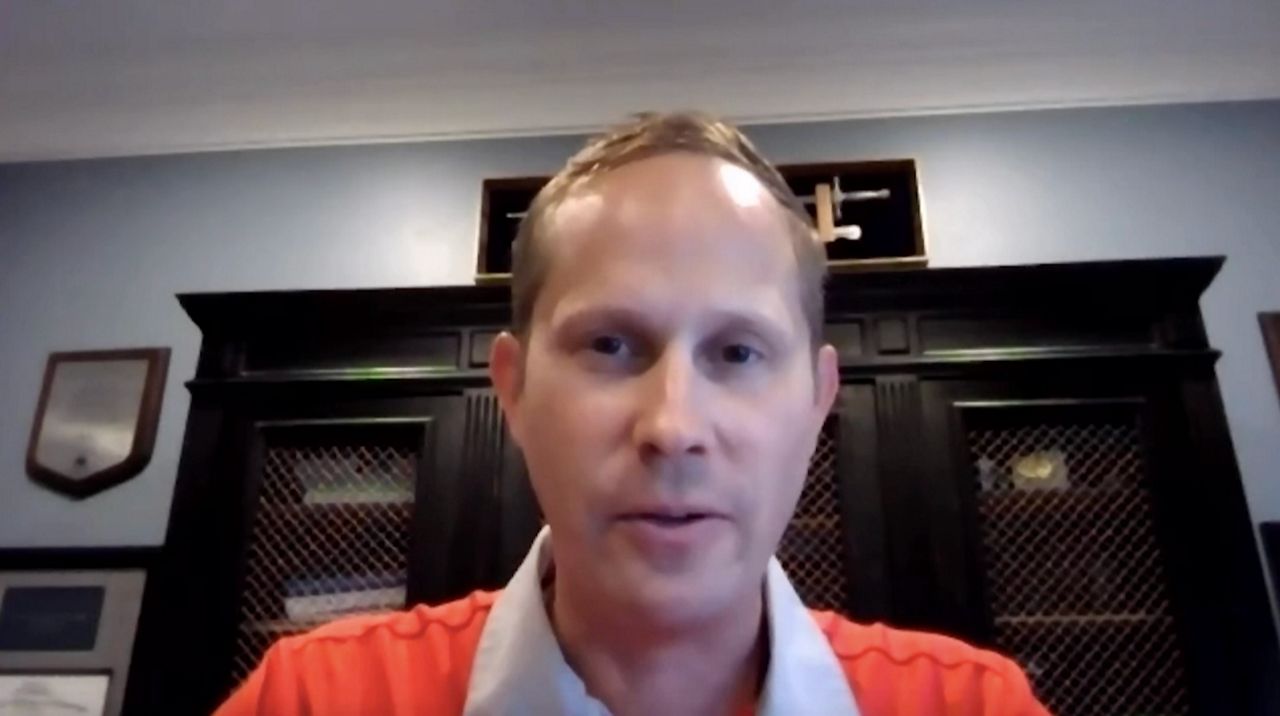 COLUMBUS, Ohio — The primary sponsors of a bill to legalize marijuana for recreational use in Ohio hosted a virtual town hall Thursday night.

"I'm very passionate about the legalization of cannabis," said Upchurch.

There are four main parts to House Bill 382: decriminalization, an excise tax, commerce and licensing and medical marijuana. Adults 21 and older could grow up to 12 plants, carry as much as five ounces and paraphernalia and/or sell limited amounts of marijuana. Cities and towns would have the final say on those amounts. Also, anyone previously convicted for growing or selling weed would have their records cleared.

"One thing I can tell you after being a public defender for 27 years is marijuana has almost no real violence associated with it," said Young.

The bill has a 10% excise tax with proceeds going to education, repairing roads and bridges and local governments. For two years, $20 million a year would also go to clinical research trials dedicated to treating veterans and preventing veteran suicide.

U.S. Air Force Veteran Robert Kowalski, who was discharged from the military for treating his PTSD with cannabis, started a non-profit called Veterans Ending the Stigma, or VETS, to promote cannabis as medicine.

"It's a good first step I think for allowing and opening up access to patients and people here within Ohio. Hopefully we can have many more of these conversations," said Kowalski.

As part of the bill, the Ohio Department of Commerce would oversee distribution, sales and licenses of retailers, processors, transporters and facilities. The bill would also keep the state's medical marijuana program intact and give growers and sellers the chance to get a recreational license as well.

While those who participated in the town hall tried to present the positives, a number of organizations are against the bill including the Center For Christian Virtue, which focuses on conservative values. We reached out to CCV Thursday for comment but did not hear back. However, Aaron Baer, President of CCV, told Spectrum News in July that marijuana is a gateway drug.

"Recreational marijuana, or better called commercialized marijuana because it's really about profits both for the government and the marijuana companies, is a dangerous policy that has been proven to have harmful effects on children and communities all over the country and it's the last thing Ohio needs right now as we try to recover from this pandemic," Baer previously said.

"Not only is it not a gateway drug but it is very effectively used an exit drug. And when I say an exit drug, I mean a substance that can be used to transition out of the use of harder substances."​

As Weinstein and Upchurch continue to have these conversations, the future of House Bill 382 is unknown. It has yet to be assigned to a committee at the Statehouse, Ohioans rejected the idea of legalized marijuana back in 2015 and Governor Mike DeWine, R-Ohio, is also opposed to legalization.