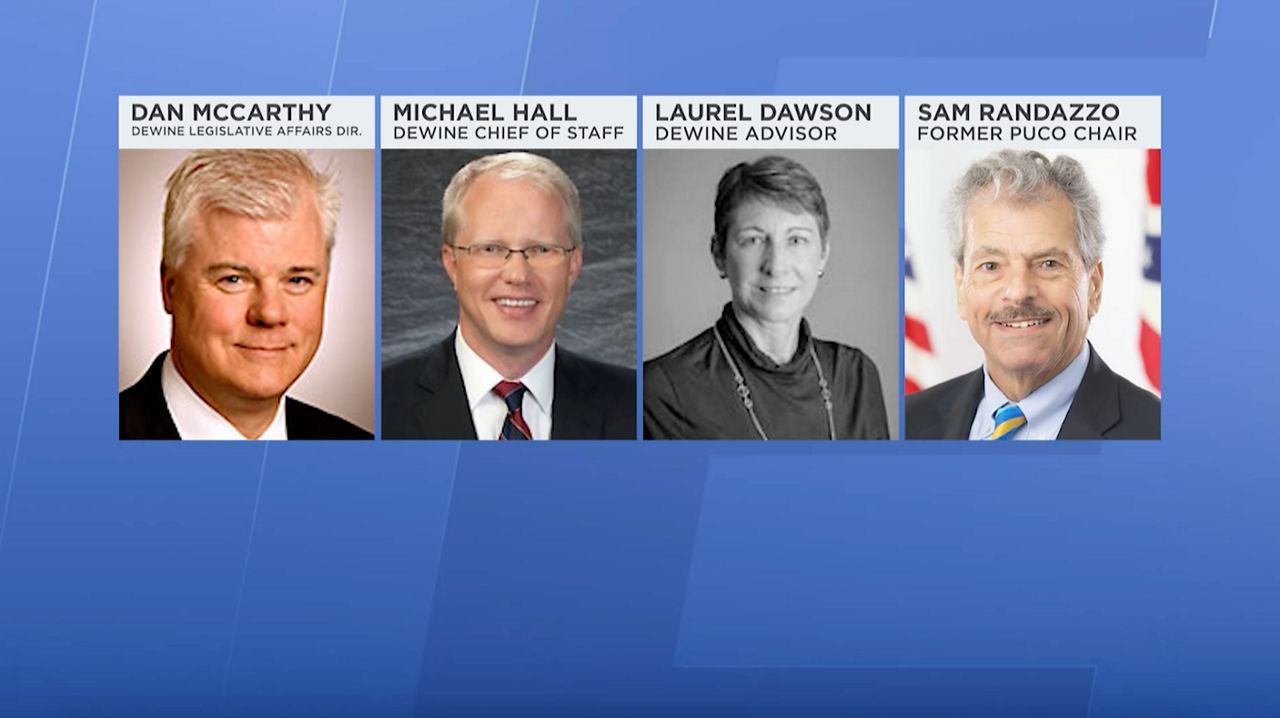 COLUMBUS, Ohio — Ohio House Democrats are calling on the state's inspector general to investigate members of Gov. Mike DeWine's administration and past and current members of the Public Utilities Commission of Ohio.

The focus of the investigation they're calling for is related to any possible connections to the House Bill 6 scandal.

Of the group of people of interest, some individuals of note include:

Weinstein told Spectrum News there are significant questions about the possible involvement or connection of those mentioned to the scandal and it is up to the IG to come up with the answers.

"The clock is running. And Josh, every hour Ohioans are on the hook for $10,000 for a coal bailout in Indiana,” Weinstein told Spectrum news. “That is according to the Ohio Consumers Counsel. Those aren't numbers I'm pulling out of the air. So literally Ohioans are still living with the consequences, paying for the consequences of this corrupt bill that was passed with the support from soup to nuts of the DeWine administration.”

Weinstein said he and Crossman will also be working to repeal the remaining parts of House Bill 6.

A spokesperson for DeWine weighed in on the news.

"To be clear, the federal government has not questioned these individuals, has not subpoenaed this individuals and they’re the ones conducting the actual investigation,” the spokesperson said. “The insinuations that some people are trying to make political hay are just not supported by facts."​