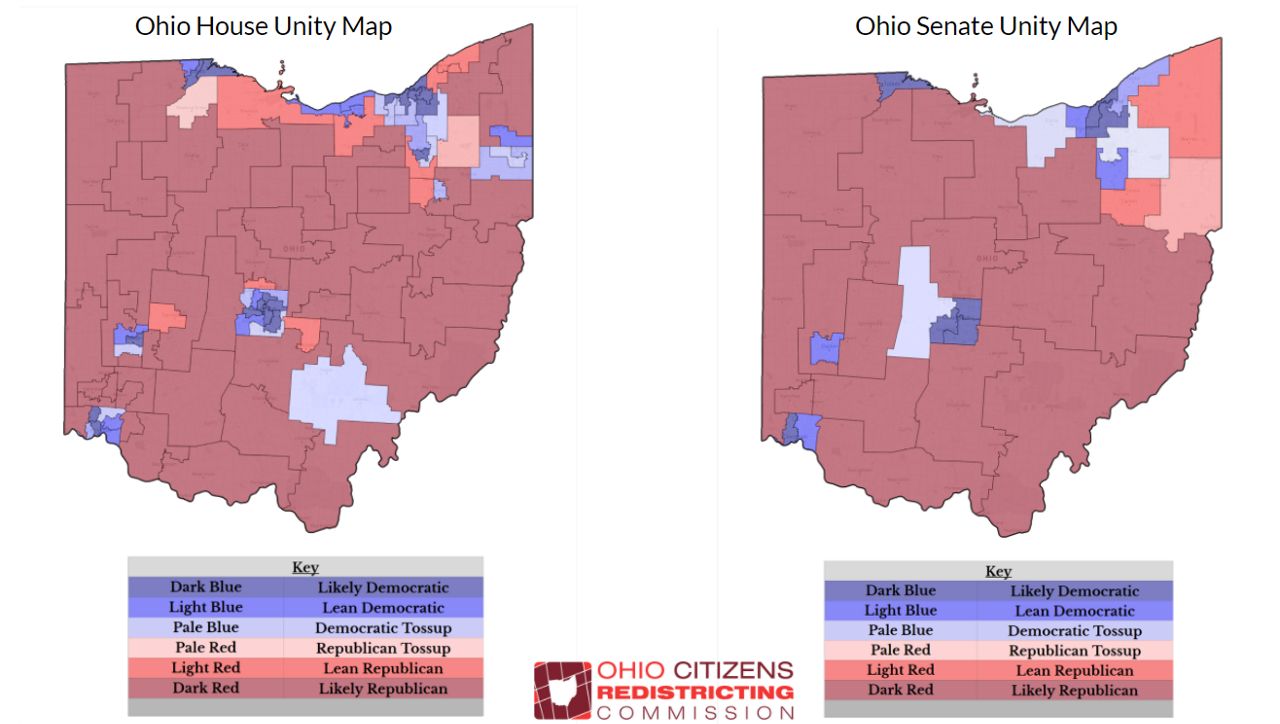 COLUMBUS, Ohio — As Ohio goes through the process of redrawing legislative and congressional districts called redistricting, an independent and non-partisan group wants to show Ohioans what its members think fair maps could look like.

On Wednesday, the Ohio Citizens Redistricting Commission, or OCRC, unveiled what it calls 'unity maps.'

"Which are actual realistic maps that reflect how Ohioans vote, not maps that have been gerrymandered to privilege a certain political majority," said OCRC Co-Chair Kathleen Clyde.

The citizens commission is made of 15 volunteers including academics, former elected officials and community representatives.​ OCRC has hosted public hearings, collected publicly available data for mapmaking, and supported public education on redistricting.

"We aim to uplift the voices of all Ohioans throughout the state including black, brown and immigrant Ohioans who have been left unheard and underrepresented throughout the official redistricting process," said OCRC Vice Chair Jeniece Brock.

The districts must have: the same amount of people within 5% of one another determined by the 2020 census, at least 30% voters of color who are old enough to vote, 'representational fairness' or the partisan makeup of districts which is 54% Republican and 46% Democratic, must keep communities in counties, municipalities and townships together and there must be three house districts in every senate district.

"It's so important that the map that is adopted by the Ohio Redistricting Commission also meets these critical constitutional requirements. It's the law. It's what Ohio voters put into place in 2015 and here is an example of each and the Ohio house and the Ohio Senate, how it can be done," Clyde said.

The citizens commission said it will submit its maps to the official Ohio Redistricting Commission. The actual commission has to vote on a new state legislative map by Sept. 1.