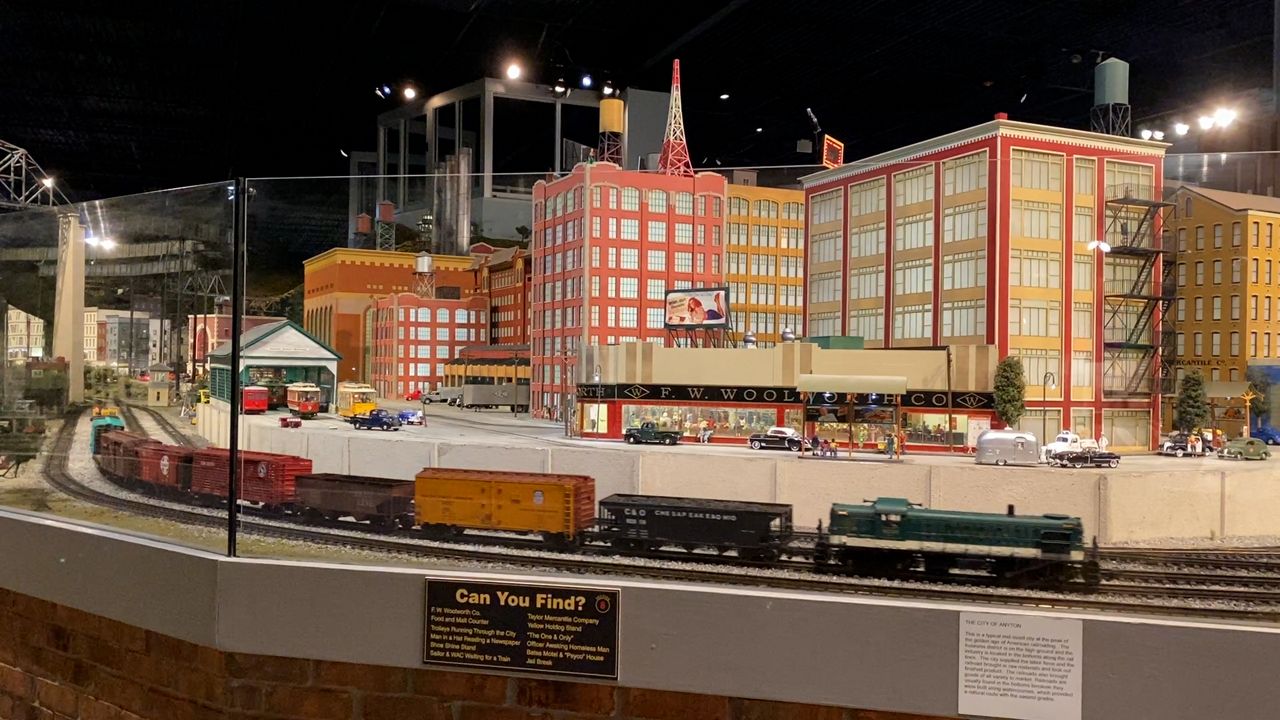 WEST CHESTER, Ohio — When it comes to history education and fun, a train-themed family entertainment center near Cincinnati is right on track.

With stories placed along the numerous train routes, visitors may take a journey through history. The display begins in the mid-1800s when trains were just starting to make a mark on America. As visitors continue to walk through the display they'll see a 1900s setting that highlights the golden age of passenger travel. The display ends in a modern day cityscape.

Bill Balfor has been the general manager since the space opened in 2008.

“One of the great things about working here is it's your job is to help people have fun,” said Balfour. “There's a lot of little funny things that are hidden in the train display that people find.”

Along the track lies a drive-in movie theater, a mid-1900's Coney Island, a handmade civil war camp, interactive elements, and much more. Most of the display was built by local train club volunteers.

“What happened is they would put something in and then say 'I think I can build a better one,'” said Balfour. “So you'd have a little house, and then they would put lights in it and make little scenes.”

“One of my favorite things is to see a little kid being dragged out by his parents because they don't want to leave,” said Balfour. “ I want people to leave going man this was amazing.”

Entertrainment Junction is located in West Chester. Inside visitors can also walk through an old-style funhouse with a mirror maze, special effects, and optical illusions.