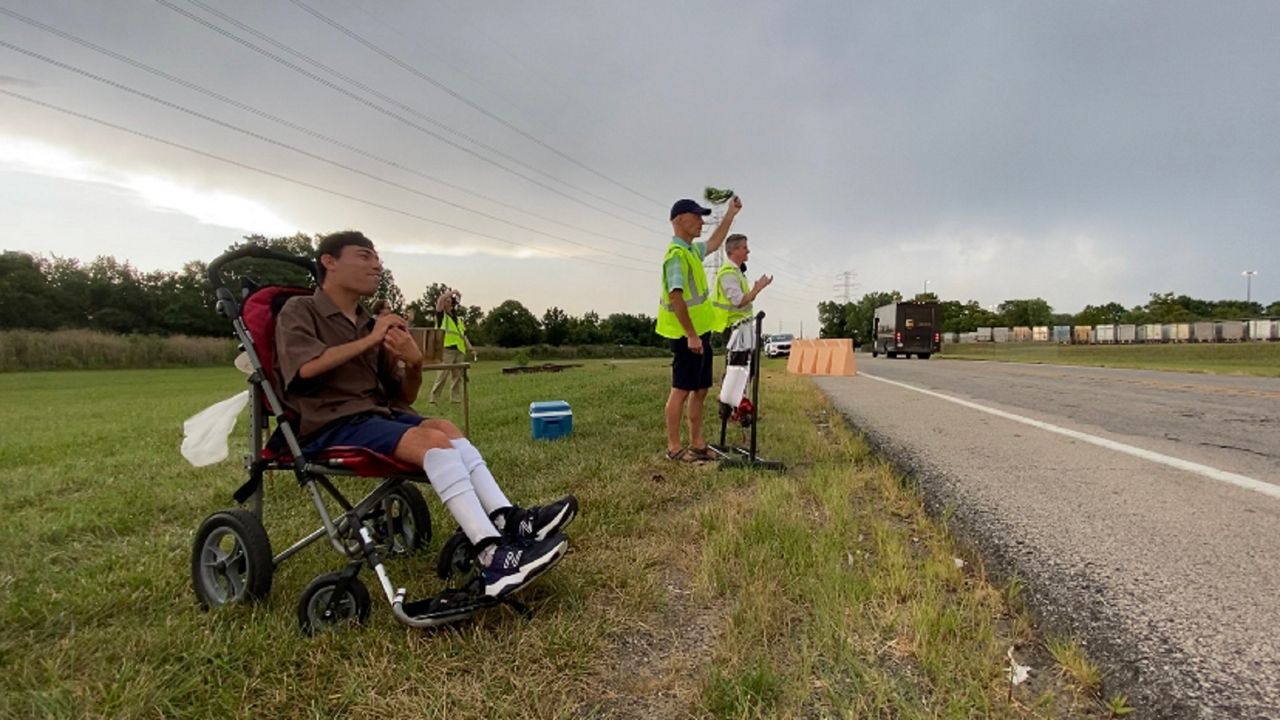 CINCINNATI — Some parents and supporters are trying to get drivers to beep their horn at them on purpose.  Each beep is helping to raise money for people with disabilities and it was all inspired by a young man with cerebral palsy.

With each and every sound of the horn comes a smile, a wave and a cheer, from perhaps everyone’s biggest fan.

Jason White, 23, of Blue Ash is battling cerebral palsy with a lot of energy.

“Jason has always been very social, he’s been what we call an aggressive greeter,” said Pete White, Jason's father.

Pete White said it keeps his son's mind off of daily struggles that come with his disability.

“His muscles are either all on or all off, he doesn’t really have anything in between, so that makes it difficult for him to walk,” said Pete White, “but we have really learned that Jason has something to share like everyone does.”

Soon, that would become their mission and Honks for Jason was born.

Pete White counts each honk, because each beep is backed by a donation that goes to Saint Joseph Home, a day center Jason goes to that helps kids and adults with disabilities.

So far, they’ve raised close to their $10,000 goal. Jordan Huizenga, the day center’s vice president, said there’s already plans for what to do with the money.

“We need a new bus,” said Huizenga. “We’ve got an aging bus, and so a new vehicle is really going to help us get out into the community and continue to spread joy.”

But there’s more to their mission. Forest Russman, a manager with UPS, said spreading the joy can be seen on his drivers’ faces.

“They get excited. They’re really happy to see that kind of reaction,” said Russman.

That’s why, every week, Jason, his dad and team of supporters are setting up shop to cheer on everyone.

“I think in these days, we really need some happiness in our lives and Jason’s showing us how to do it,” said Pete White.