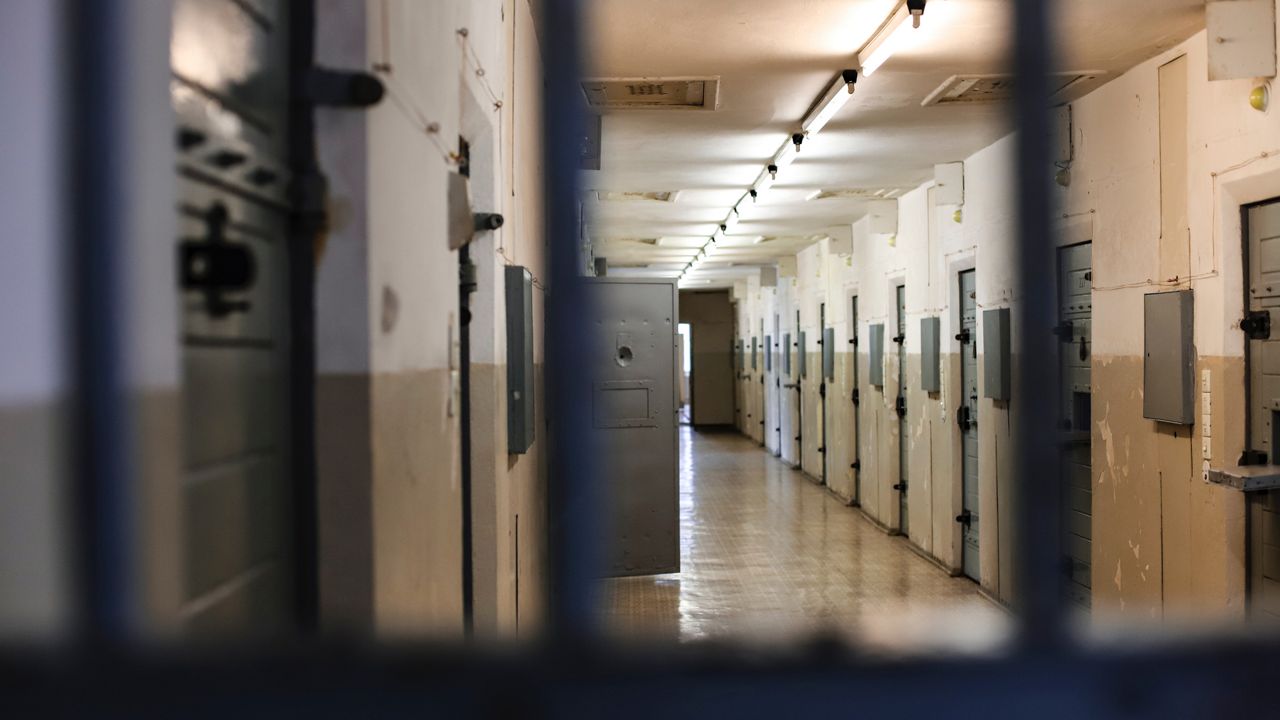 CLEVELAND — Anthony Body stands no more than six feet tall, but his presence in the Cuyahoga County Jail is towering.

He greets almost everyone he passes by name, handshake or exchanges a head nod with corrections officers, visitors, lawyers and other employees inside the facility. He spends most of his days speaking with incarcerated people through a screen in the visitors’ room. He’s a bail disruptor.

“It’s what the title describes, we disrupt in a sense,” he said. “A system that is a predatory system that unjustly impacts people in lower socioeconomic groups and Blacks who get high bonds.”

Body works for The Bail Project, a non-profit organization dedicated to posting bail for incarcerated people who are eligible for release, but can’t afford to pay their assigned bail.

Bail disruptors are community organizers and advocates who spend most of their days inside jails or in an office, interviewing people who are currently incarcerated.

“We’re trying to work ourselves out of a job,” Body said, “And also to put bills and legislation on the books that act fairly across the board.”

Body typically starts his day receiving a list from the public defender’s office of potential clients in the Cuyahoga County Jail. He then heads to the visiting call center inside the jail where he sits in front of a screen to connect via video to clients.

He talks with them briefly about their upbringing, how long they’ve been in jail, whether they have stable housing, connection to family members and if they struggle with mental health issues or a substance use disorder.

A main legal principle of the criminal justice system is “innocent until proven guilty,” but Body said that isn’t a reality for many people because of the money bail system.

“People are definitely guilty until proven innocent. You’re guilty as soon as you’re given a bail essentially,” he said.

Since opening the Cleveland office in 2018, The Bail Project has provided bail assistance for 422 individuals.

Body and his team aren’t the only ones pushing for reforms to the bail system.

The Ohio Supreme Court recently made rule changes to the Rules of Superintendence, which give justices the power to enact regulations on how they want the court to perform. The changes that went into effect on July 1 state that counties with more than one county or municipal court need to adopt a uniform bail schedule––meaning that the bail set for a certain crime in one court can’t be different than in another court in the same county.

The second rule change states that a judge's first choice at arraignment should be to release a defendant on personal recognizance rather than a monetary bail.

Personal recognizance is a formal agreement between a judge and a defendant where the defendant is released from jail on the promise that they will return for trial.

“I think the rules are a good step in the right direction towards addressing this very real problem, but it also has to be combined with judicial education,” said Ohio Supreme Court Justice Michael Donnelly.

Prior to his election to the Supreme Court, Donnelly served as a judge on the Cuyahoga County Court of Common Pleas and an assistant prosecutor in the county.

“So the problem with bail is that we've gotten into this, this system, where we set, we tend to set it automatically, without even examining whether there is a true concern about that person not participating, or whether there's a public safety [threat],” he said.

Data from the Cuyahoga County Executive’s Office shows that on March 1, 2020, at the start of the COVID-19 pandemic, there were 1,629 people incarcerated. Just one month later, on April 1, 614 people were released bringing the number to 1,015. Releases increased to reduce the likelihood of people contracting the virus inside the jail.

But the jail population has continued to increase during the latter part of the year. On Aug. 2, there were 1,670 people incarcerated. The jail’s capacity is now 1,880 people.

Another factor to consider, according to Body, is the judge’s discretion in each case.

“One main word that we always forget to mention is ‘discretion’. It’s at the discretion of these judges to do what they truly want to do,” Body said.

The Ohio Rules of Criminal Procedure guide the courts through the trial process.  Judge Sean Gallagher of the Eighth District Court of Appeals in Cuyahoga County said these rules tend to be, "the way in which things are done on the ground, the nuts and bolts.” He’s had over 40 years of experience working in the criminal justice system.

The pretrial release and detention rule gives judges discretion in each case to set bail. According to the rule, bail should be set with the least restrictive means necessary to assure the defendant’s appearance in court, the protection or safety of persons in the community and that the defendant will not obstruct the criminal process.

In addition to this rule, the Ohio constitution says that anyone charged with a crime is eligible for reasonable bail and that the Supreme Court has the authority in all the courts to set general procedures and practices, which would include assigning bail.

Legislation is another avenue to reform the bail system outside of these official procedural changes.

In May, state senate republicans Rob McColley and Stephen Huffman sponsored a bill that would cap cash bail at 25% of a defendant’s net income. The bill was referred to the Committee on the Judiciary later that month.

However, Judge Gallagher said that this proposed legislation and other attempts at reforming the cash bail system are too narrow because of the number of factors that can impact a person accused of a crime.

“We have issues of homelessness, unemployment, underemployment, lack of verifiable employment, substance abuse, mental health issues, estrangement from families, all kinds of complicated issues that accompany a criminal charge,” he said. “So when the person shows up at the jailhouse door, after getting arrested, it's just not a case of how much money are we going to charge this person to let him out of jail when you're talking about public safety.”

Gallagher said it would be more proactive for the criminal justice system to invest in something like a centralized booking process where a mental health counselor or substance abuse representative could provide assessments and other services before the person is charged with a crime. Then each person’s needs could be met more clearly.

“We really are pennywise and pound foolish in a lot of ways,” he said. “We don't spend money on things and then we waste money on other things.”