'Hear us out': Police, neighbors to paint mediation mural in predominantly Black neighborhood

CINCINNATI — On the wall of a former firehouse, Jeni Jenkins sees a conversation.

Three teens on one side, three officers on the other, asking each other to listen. “Hear us out.”

After the deaths of George Floyd, Breonna Taylor and other Black men and women at the hands of police officers, the same conversations surrounding police brutality and race relations taking place across the country were happening on a small scale in Cincinnati’s Avondale neighborhood.

Jenkins spent weeks listening in, distilling their message into a work of art she hopes speaks volumes to the neighborhood. 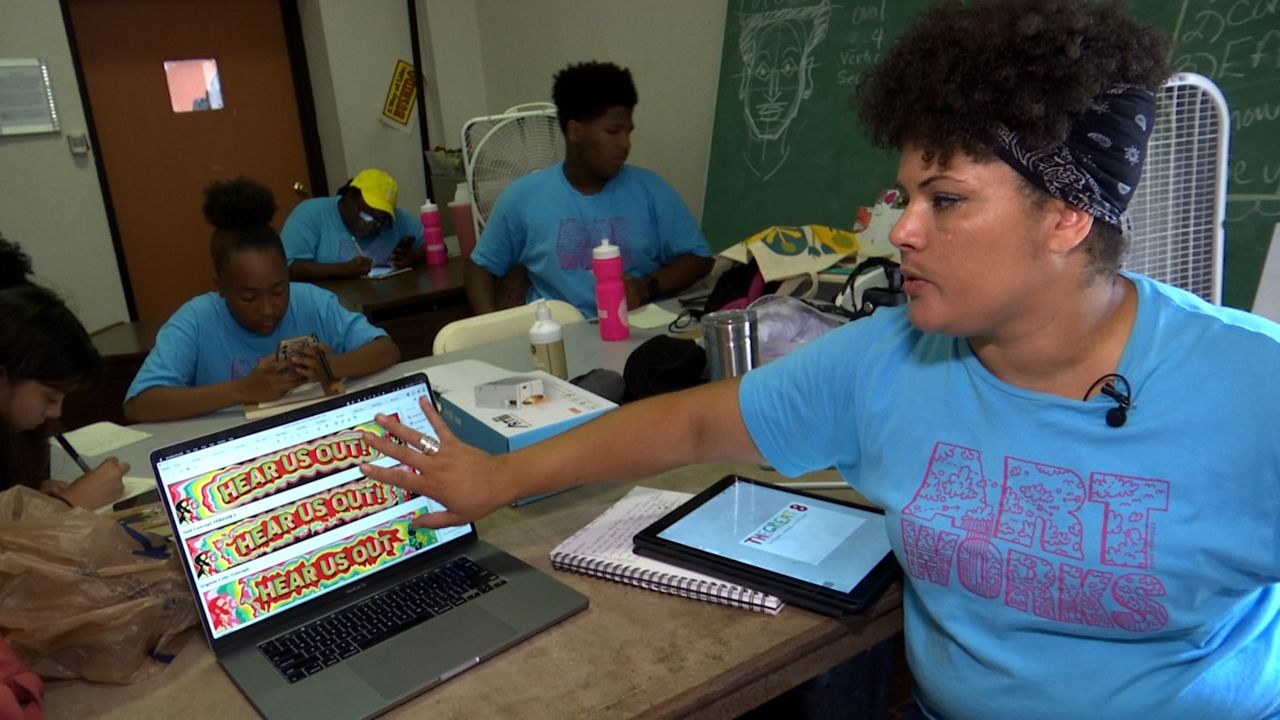 ArtWorks, a nonprofit that employs youth to create public art for their communities, is spearheading the project: the Avondale Police Mediation Mural.

Avondale, one of the largest predominantly Black neighborhoods in Cincinnati, has a long history of racial tension between locals, police and city government.

In the 1950s and 60s, the southern half of the neighborhood saw disinvestment as its crime rates rose and its infrastructure declined, according to the Avondale Community Council.

Then in the late 60’s, following the assassination of Martin Luther King, Jr., a series of riots caused millions of dollars in damage to the neighborhood. Avondale has spent decades working to recover.

As the mural’s designer, Jenkins wanted to ensure her piece kept that history in mind while incorporating the modern-day reality of living and working in Avondale.

“Doing work about racism and conflict in the community and poverty and all of that is really hard to draw representationally so I wanted to get a feel for like what is that you’re trying to say,” she said.

This will be Jenkins’ first mural and first ArtWorks project. But with years of graphic design experience as well as a background in social science, Jenkins felt up to the task.

“I’m a visual activist is what I call myself,” she said.

Jenkins has built her career amplifying the voices of community leaders so as she embarked on this project, she knew the most important thing she could do was listen.

“‘Hear us out’ is the phrase that came out of the mediation,” she said. “I thought that that resonated with everything that they were saying.”

Jenkins said it echoed in her head, summarizing the points the police were making as well as the young Black men and women addressing them.

That’s why Jenkins said “Hear us out,” became a natural theme for the project.

“Basically what the kids were saying is I need you to hear me,” she said. “‘Listen to what I’m saying and we can try to meet in the middle.’”

Those words will take up most of the mural’s real estate, bridging the gap between District 4 officers on one side and three young people depicted on the other.

All of the people featured in the mural live or work in the Avondale neighborhood and attended the mediation meetings.

The artists bringing the piece to life all live in Avondale too. 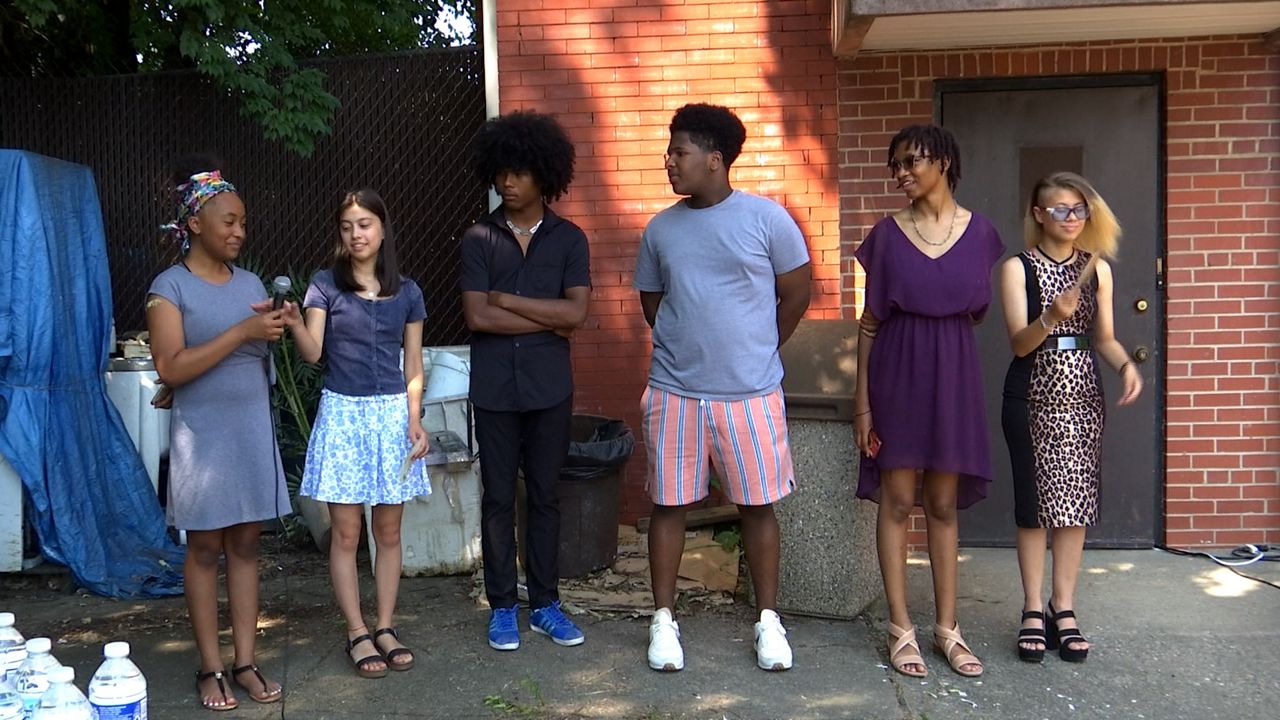 Most of the work will come from eight youth artists living in Avondale that Jenkins has dubbed “The Great 8.” In late July, they presented the design to their neighbors and local police officers.

“The purpose of the piece is to express a sense of pride in the community,” said Kamryn Green, one of the ArtWorks apprentices working on the piece.

In addition to their work, ArtWorks is also hosting community paint days inviting neighbors and police officers to work together to paint the mural. 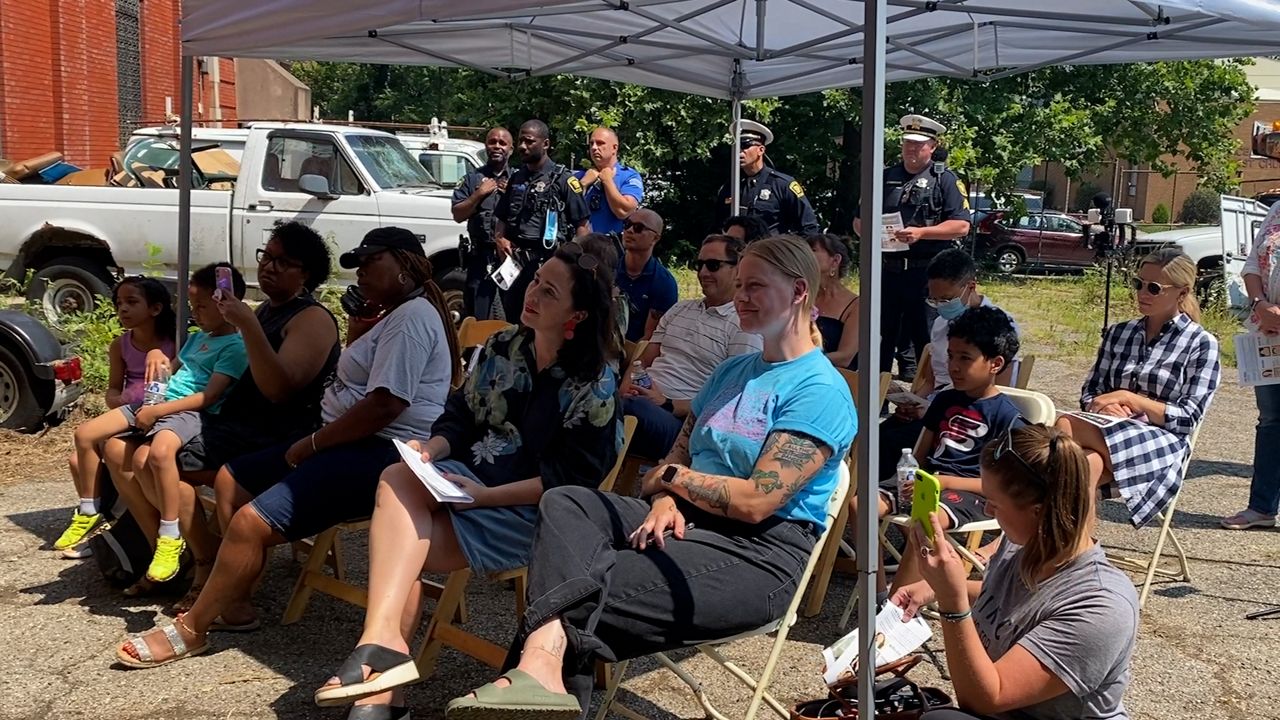 Community members and police listen in at design presentation

Jenkins said ArtWorks is hoping those community days spark even more conversation and opportunities to bridge gaps between police and the Avondale neighborhood.

“This mural’s not going to solve all the problems,” Jenkins said. “It’s just one little seed to help the community.”

Jenkins said she plans to continue listening to the dialogue and having her youth apprentices gathering stories as well. That way they can add more quotes to the wall on both sides, showing the extent of experiences and perspectives the neighborhood is working through.

“The hope is that this mural will bring hope,” Jenkins said. 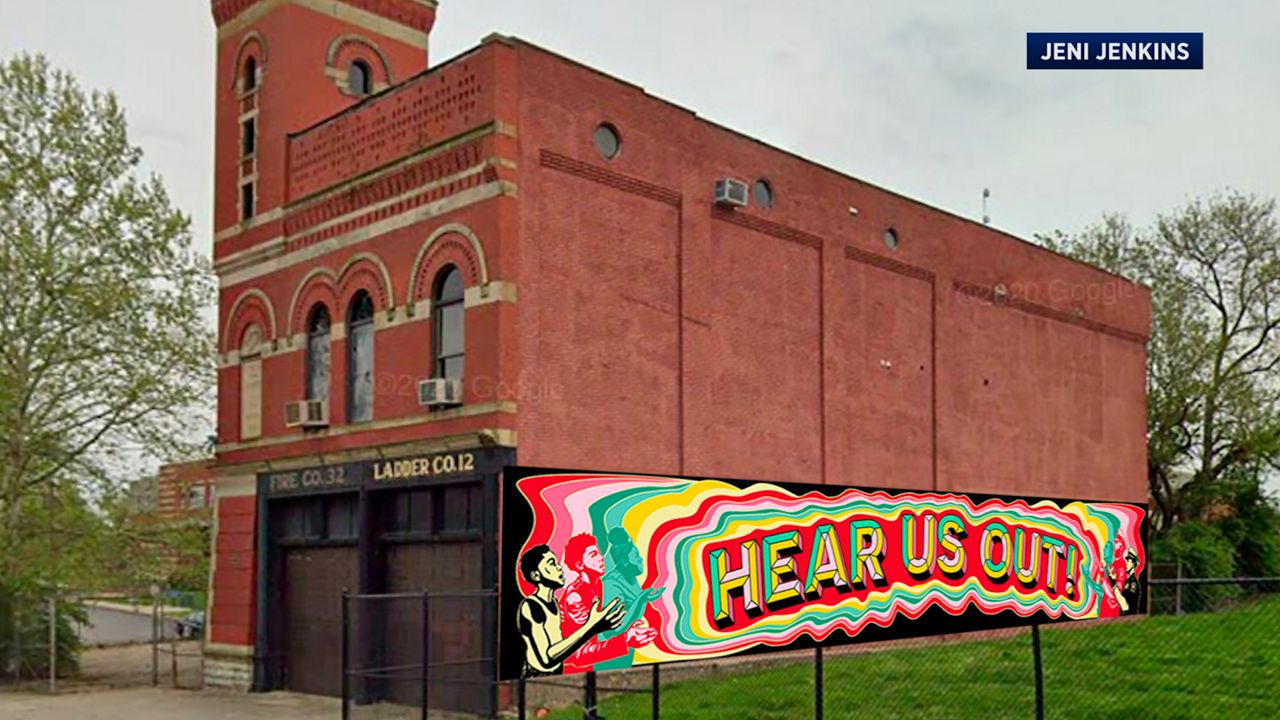