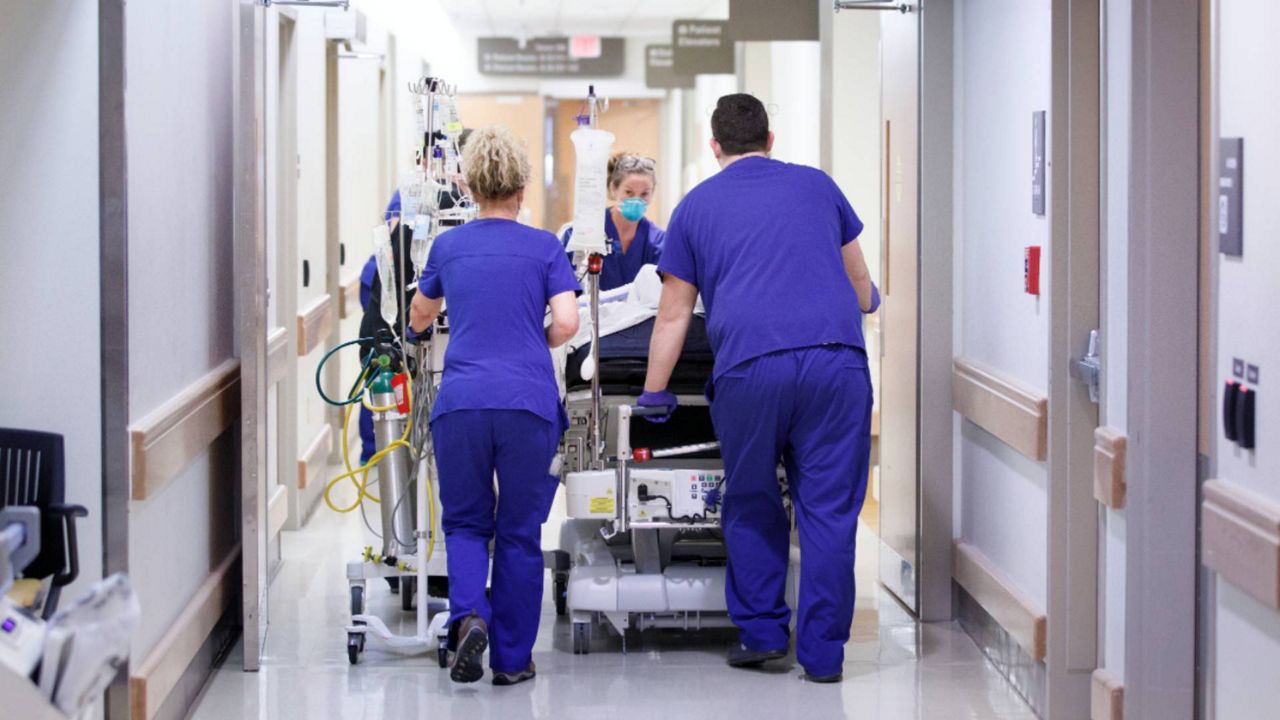 MIDDLETOWN, Ohio — Hospitals are struggling to find workers in all areas after more than a year of dealing with COVID-19.

Doctors and nurses are not the only workers at hospitals, and Lt. Matt Nicley is a prime example.

He’s the officer in charge of the public safety department at Atrium Hospital in Middletown.

“We handle any type of criminal complaints that may come in,” said Nicley. “We also assist staff with any issues that they might have.”

He said there are not enough officers.

“Last year with COVID, a lot of the police academies were shut down and there weren’t any new recruits coming out,” Nicley said. “The second part is a lot of the government agencies are experiencing retirements so they’re recruiting a lot of our good officers to go there.”

The problem was made evident at the hospital’s most recent job fair. Chairs sat empty for job interviews in both medical and non-medical fields.

In fact, organizers said just 12 applicants showed up in person, while the hospital had almost 100 open positions.

Jeanna Severt, the human resources director said, to keep hiring they’ve had to get creative.

“A way for us to both retain here and guide people our way is to provide tuition and a really good tuition benefit," said Severt, "There is (also) a giveaway that we’re doing and that includes free childcare.”

That means tuition and possibly childcare could be paid to work at the hospital, but Nicley is still waiting for more applicants.

“With our short numbers, it’s hard to get people trained quick enough, so when we’re able to bring the experienced folks over, it’s a big help,” said Nicley.

More information on the job openings at the Atrium Hospital may be found on the hospital’s website.